The airport shut down one of its east diagonal runways to make room for a gathering of police officers, firefighters and EMS personnel to see the Blue Angels. 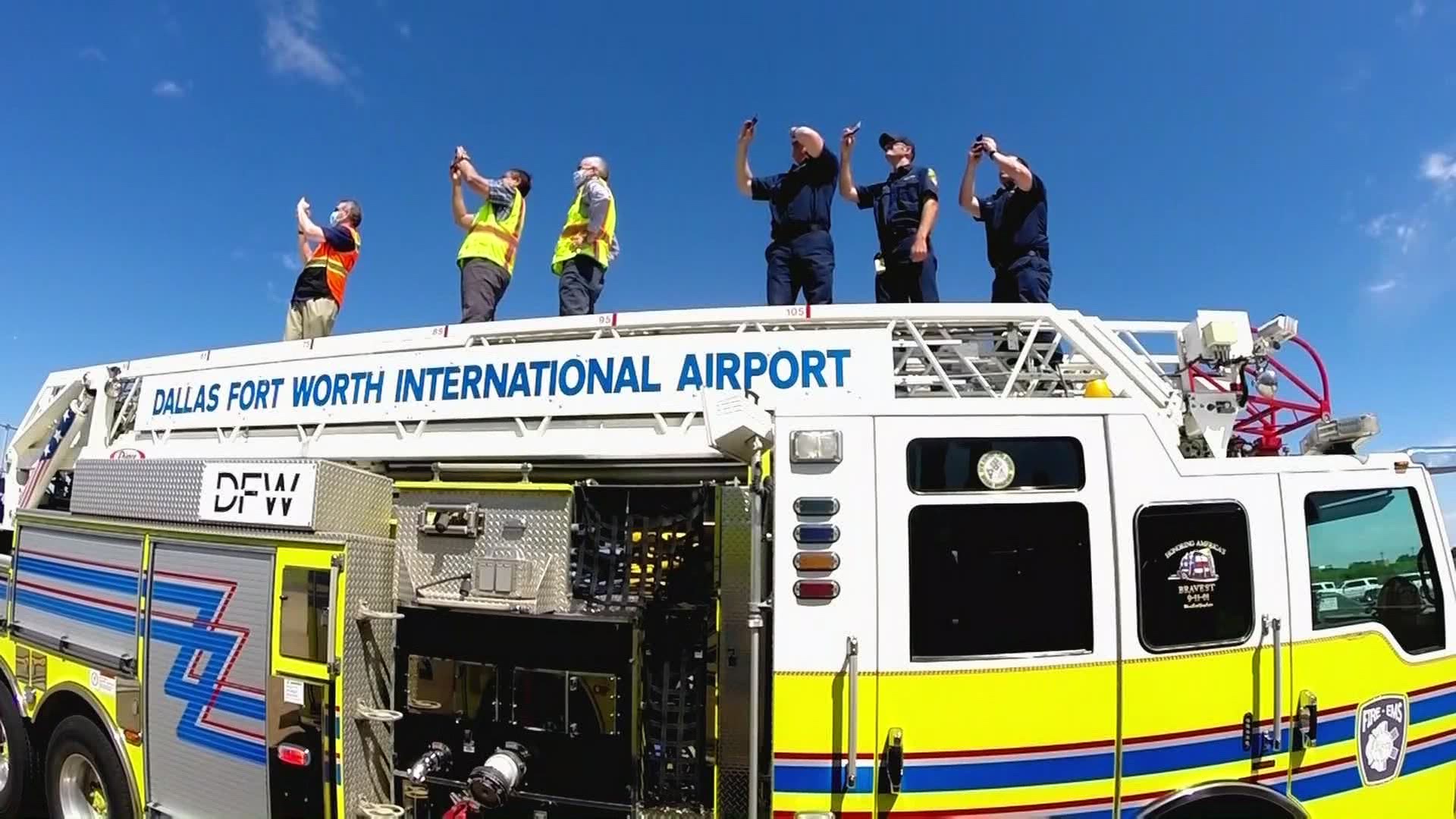 IRVING, Texas — DFW Airport does not shut down a runway very often. It happens in the event of routine maintenance or the occasional presidential visit, but what happened Wednesday was special.

"Only a select few can get out there," said Cynda Smith, an EMS captain.

The airport shut down one of its east diagonal runways to make room for a gathering of police officers, firefighters and EMS personnel. Fire engines and police vehicles lined both sides of the runway as the Blue Angels flew over the runway on Wednesday.

"We're aviation enthusiasts. Who wouldn't want to watch the Blue Angels fly over?" said Alan Black, the director of public safety for the airport.

The Blue Angels took their 35-minute tour through Dallas-Fort Worth, a tribute to all frontline workers down below like the first responders assembled on the runway.

Right on time, the six F/A-18 jets flew in a tight formation matched only by the formation of rigs and vehicles created on the airport runway.

It was the flyover that had us all looking up, and many of us had our phones out documenting a moment in history.

But it also became a reason for firefighters and officers and EMS personnel to see each other again. Because of social distancing rules, even first responders have mainly been limited to their own stations.

"This is us...we're one big family and we're ready to get back together," Azevedo said.

RELATED: Here's what it looked like in the cockpit of the Blue Angels NYC flyover

RELATED: Blue Angels, Thunderbirds fly over NYC in tribute to those fighting coronavirus