Zion Carr was in his aunt's home when she was shot and killed by a Fort Worth police officer. Now, he’s leading calls for justice in her honor. 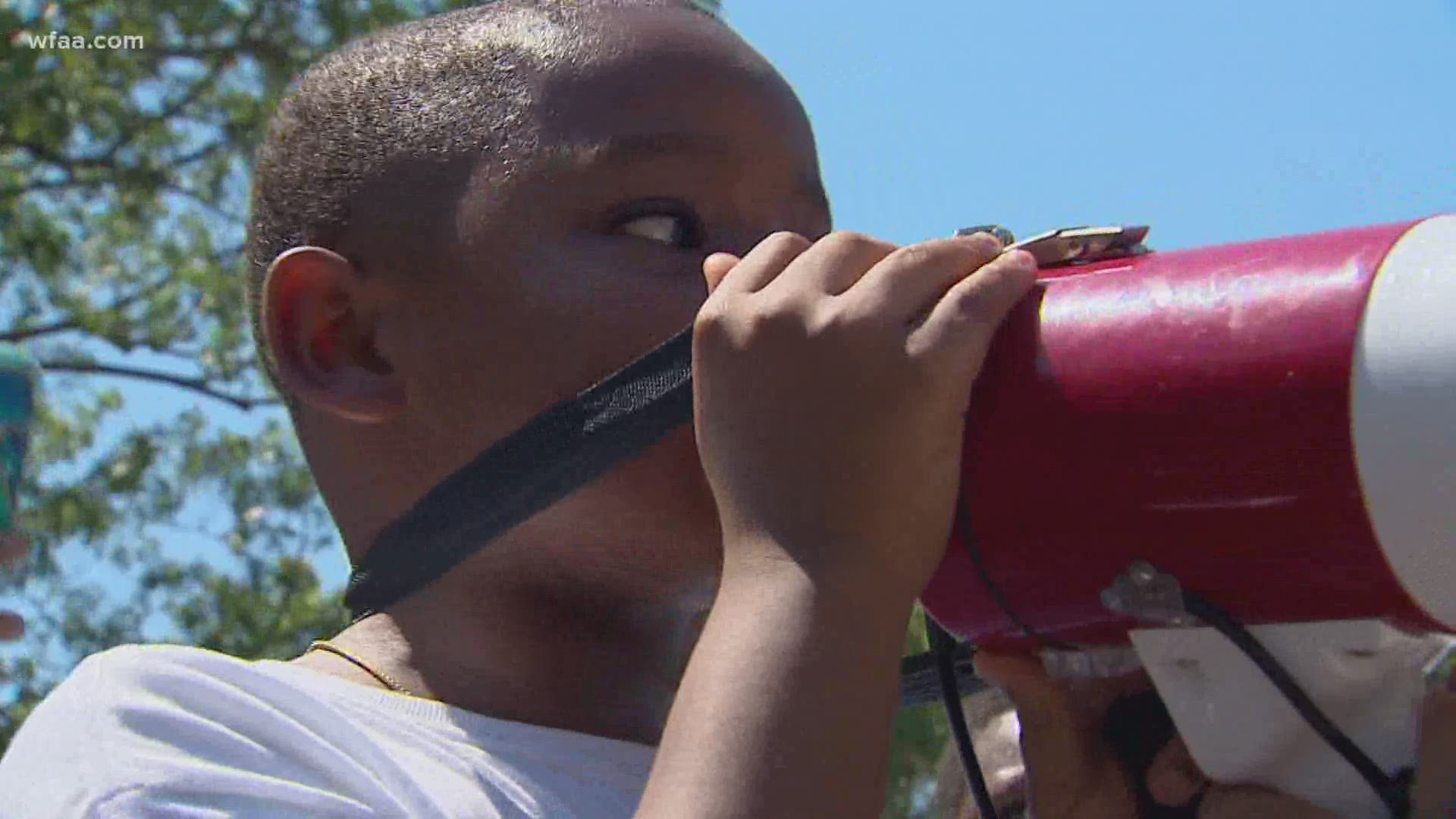 FORT WORTH, Texas — The nephew of Atatiana Jefferson led calls for justice in memory of his aunt during a Saturday rally outside the home of Fort Worth Mayor Betsy Price.

Jefferson and Zion were playing video games in her home in the early morning hours of Oct. 12.  A neighbor noticed the front door was ajar and called Fort Worth police’s non-emergency number for a welfare check. Former officer Aaron Dean arrived at the residence, fired a shot through the window killing Jefferson.

Bodycam footage showed Dean did not identify himself as a police officer when he approached the house. Dean was fired from the police department and charged with murder.

Now, Zion is leading chants at rallies in her honor.

Zion Carr was playing video games with his aunt in her home in October. A neighbor saw the front door ajar and called the non-emergency line for a welfare check. Former officer Aaron Dean shot Atatiana through the window killing her. He was fired and charged with murder. @WFAA pic.twitter.com/KsiCrK13CM

“Zion has been a constant source of inspiration,” said Lee Merritt, an attorney for the family. "During the funeral, he was going around and encouraging people, saying she’s in a better place. She’s going to be okay, that we’re going to get justice.”

Zion and Merritt knocked on the door of Price's home during the demonstration. Price was not home, according to a spokesperson for the mayor's office.

"The audacity to protest outside mayor’s home is concerning on so many levels," the mayor's representative said. "It’s disappointing this group felt the need to demonstrate outside mayor’s private residence when mayor has taken the time to meet with numerous protests groups to discussion potential solutions."

Saturday's rally also raised awareness for Zion’s Atatiana Project, which aims to create a community gaming center in Fort Worth, where kids can have a safe space to learn about coding, engineering and programming.

Merritt said the City should foot the bill.

“Fort Worth must defund the police, and what that means is reduce the police budget and give to projects like the Atatiana Project.”