I had never heard this before from an auto dealer, so I asked a state regulator about it. They responded: 'We are concerned'

Spoiler alert: The practice in question and the way you're being asked to report it are at the end of this article. 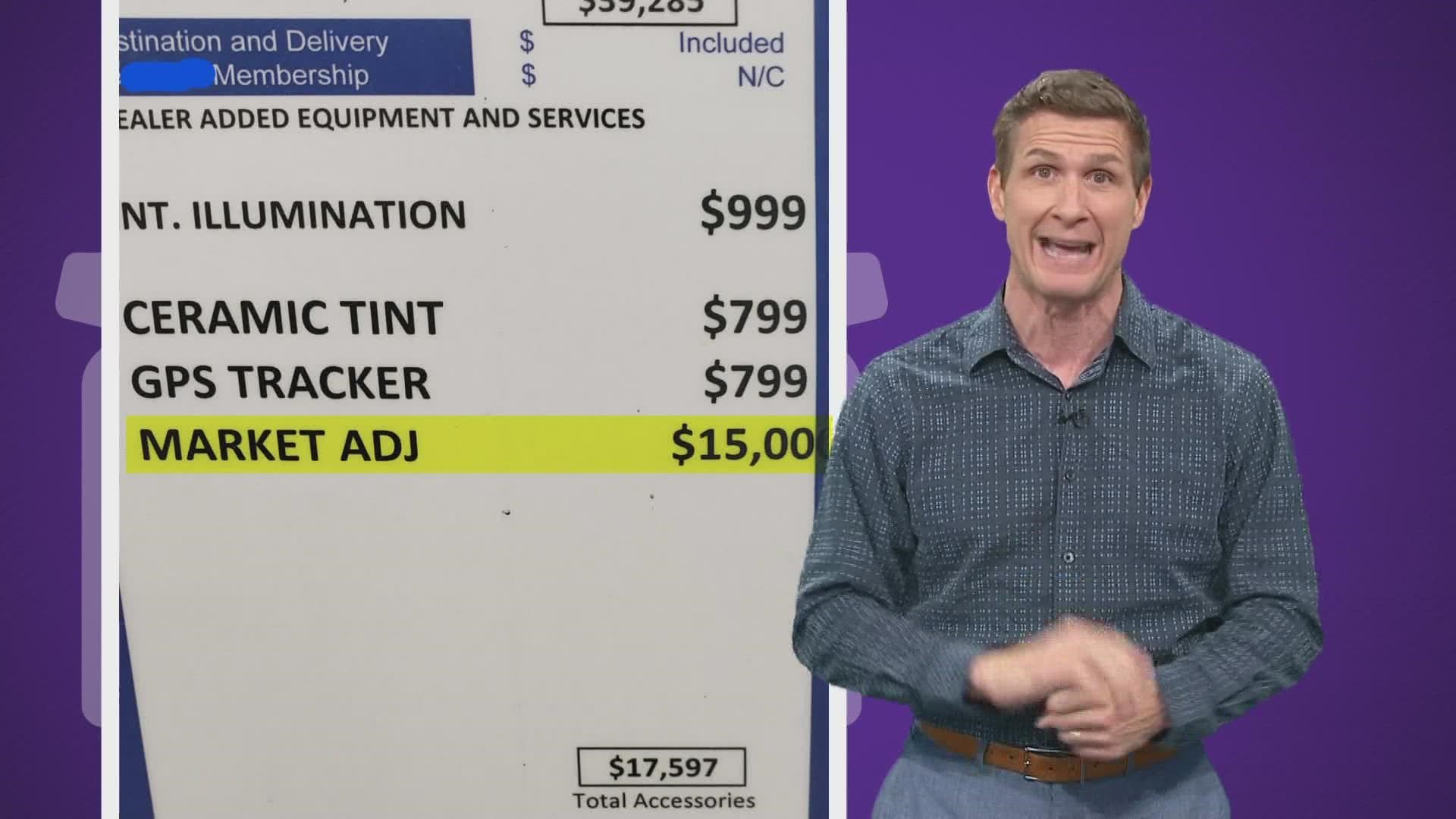 DALLAS — I hate long goodbyes. So recently, I was all good saying a very fast "buh-bye" to my car. OK, I was a little emotional, but the fat check I got for it helped. There have been recent reports that used car prices may be peaking in some markets, but you can still get a relative premium in many cases for your used ride.

Part of the reason for that is that individual car buyers who might be interested in purchasing your vehicle are competing not only with used car dealers, but also with new car dealers. They need inventory to sell since new car manufacturing has been slowed — and in some cases stopped — by the worldwide computer chip shortage, shipping disruptions, and pandemic-related slowdowns.

RELATED: Computer chip shortages and the pledge to fund a U.S. fix

Shopping for a new car, I found a lot of enticing lease advertisements. But repeatedly, those deals offered terms that were much more favorable (inexpensive) than the actual costs quoted by salespeople. And in many cases, there were few, if any, lease vehicles available at dealerships — even the big, well-known ones. And I was aggressively shopping from Oklahoma City, down to the Houston area and out to Austin and San Antonio and beyond.

It didn’t take me long to decide I was going to buy. I have done that many times. But this wouldn’t be anything like those other times. As one salesman correctly summarized in a text to me, what is happening now is “unprecedented and staggering." He added that “allocations have been slashed 80%...supplies will become a fraction of what they are now."

That part was especially shocking, because the supplies I was already seeing (or not seeing) were paltry. I found plenty of dealerships that had almost no selection. And many of them listed vehicles online, but when I called and really pressed them, those vehicles weren’t, in fact, available. There are charts that illustrate this stock shortage. In fact, The Federal Reserve shows domestic inventories at a historic low point.

Prepare yourself for sticker shock in some cases

With supply outpacing demand, I saw a $40,000 car in one showroom that had an extra $15,000 “market adjustment” added right there on the window sticker.

So, you will likely not find the usual offer and counter-offer environment. Many automobiles are selling above the Manufacturer’s Suggested Retail Price (MSRP). As one salesman told me when I pursued a negotiation, “I don’t believe there is a dealership in the country selling a vehicle at invoice right now."

Yes, dealers are struggling because they don’t have enough cars to sell — but they’ve got the upper hand with the inventory they do have.

'At this time, we are not accepting outside financing'

Here’s something I had never encountered before when buying a car: One salesman told me they didn’t want to do business with me if I already had financing from my bank or credit union (because they can make some extra money off their in-house financing).

I eventually bought from a different dealer. But they also almost killed the deal because I was using outside financing. I had to cajole them into accepting a check from a credit union where I had already secured financing at a rate that I assured the dealership they were not going to be able to match.

There's no state law against it. But it is a 'concern'

Can it possibly be legal for dealerships to be able to refuse to sell you a car if you have outside financing? Can they essentially require a consumer to use their in-house financing, which could force the consumer to pay considerably more money than they would have to pay using an outside financial institution?

The Texas Office of Consumer Credit Commissioner researched my question and responded:

“The Texas Finance Code does not directly address this issue. However, we are concerned about the practice you described."

How concerned are they? In their response to me, the OCCC had this advice:

“We encourage any consumer who has experienced this to contact the OCCC's Consumer Assistance staff at (800) 538-1579, by sending an email to consumer.complaints@occc.texas.gov, or through our website."