Computer chip shortages and the pledge to fund a U.S. fix

'The good news is this is one of those rare, rare points of consensus,' said Sen. John Cornyn of funding for his CHIPS for America Act. 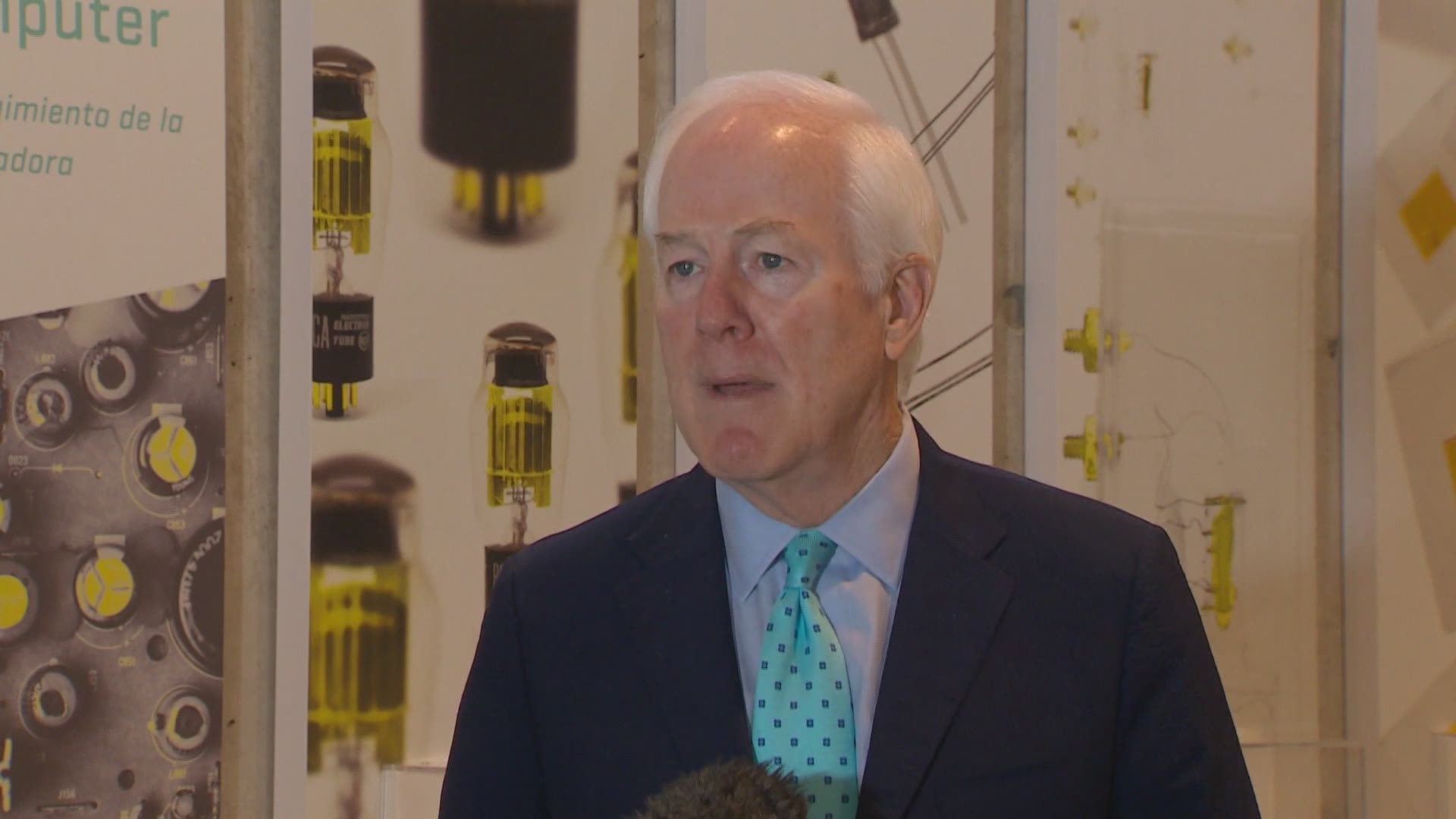 In January, the U.S. Senate passed Cornyn's CHIPS for America Act, which proposes substantial financial incentives to increase the production of semiconductors in the United States.

An altered semiconductor supply chain - while of concern to national defense and the defense contractors who need the core electronic parts - has been most readily evident in the U.S. automobile industry. Without a normal flow of computer chips to run today's modern, tech-laden vehicles, inventories have dropped steadily at most car dealerships.

"It's something that won't be solved overnight," said Charlie Gilchrist last month as he showed WFAA the depleted inventory at one of his 10 dealerships.

"This is every dealer across the nation," Gilchrist explained. "I can't tell you how many calls I've gotten from dealers about inventory levels."

While the pandemic may have highlighted the supply chain issues that contributed to a semiconductor shortage, it didn't happen overnight.

The Semiconductor Industry Association says the U.S. share of global semiconductor manufacturing capacity in the U.S. has eroded from 37% in 1990 to 12% today, "mostly because other countries' governments have invested ambitiously in chip manufacturing incentives and the U.S. government has not."

The Act, in the FY 2021 National Defense Authorization Act (NDAA), asks Congress to recognize the "critical role the U.S. semiconductor industry plays in America's future" and asks for full funding of manufacturing and research provisions in the act including investment tax credits for creation of additional U.S. plants.

Thursday at the Perot Museum of Nature and Science in downtown Dallas, Cornyn held a brief roundtable with North Texas executives from Toyota, GM, Raytheon, Hewlett Packard and more, to discuss the solution he believes will be officially funded by Congress soon.

"It's a huge vulnerability we are aiming to fix," Cornyn said of the U.S. reliance on semiconductors from other countries, notably China and Taiwan, "by passing the CHIPS Act and making sure we remain competitive and are not vulnerable to those kind of supply chain vulnerabilities."

"The good news is this is one of those rare, rare points of consensus," he said, when asked about bipartisan support for the measure and the current political climate in Washington, D.C.

"If we're going to maintain our vibrant economy, if we're going to compete in a very competitive world, we are going to need to make some strategic investments in things like semi conductor technology and manufacturing," Cornyn said.