New, used and rental cars all in short supply due to global chip shortage

Prices could be higher if you're shopping or need a car for travel. 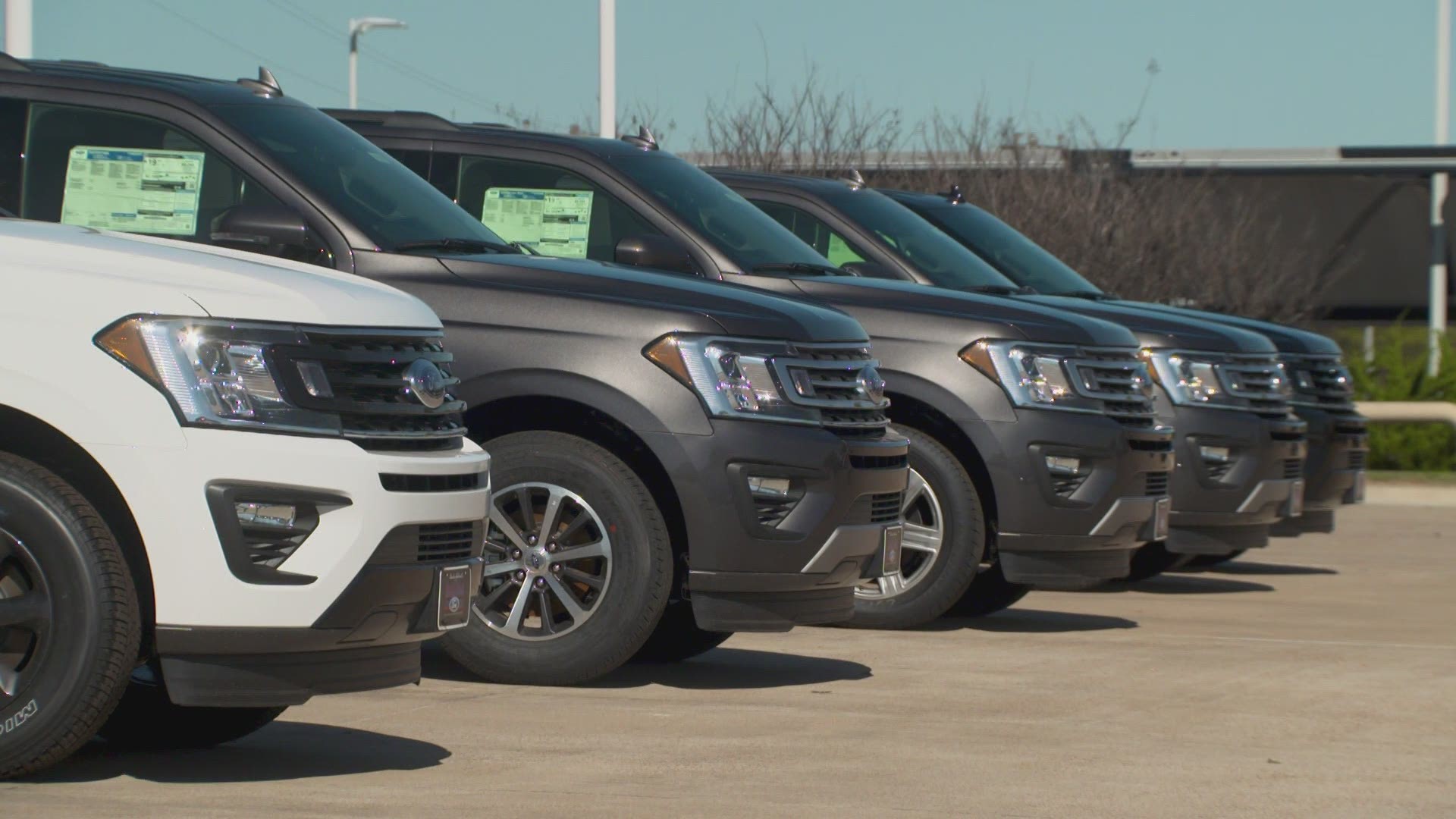 PARKER COUNTY, Texas — Anyone looking to buy a vehicle right now will likely have a tough time finding exactly what they want.

Charlie Gilchrist owns 10 dealerships with various brands across Dallas-Fort Worth. All are running low on vehicles to sell, and Gilchrist expects to run out at his Southwest Ford dealership by the end of the month.

“We’ve had to space them out,” Gilchrist said. “Our inventory has really dwindled down.”

Gilchrist is also the former head of the National Automobile Dealers Association. He first started to notice the shortage in January, but the problem has been building since the pandemic started. Across the world, there’s a shortage in semiconductor chips.

“We can build the trucks, but we have to have these chips for these vehicles because now these vehicles have so much technology in them,” Gilchrist said.

When COVID-19 closed U.S. auto plants in the spring of 2020, overseas semiconductor makers started supplying for other industries. New orders are at the back of the line, and now there’s a large backlog.

RELATED: Texans, your credit score could increase your auto insurance premiums more than some dings on your driving record

General Motors and Ford announced Thursday they’re cutting production at several plants across the country because of the lack of chip supply.

“People need to understand automobiles these days are basically computers with engines,” said Mike Davis, an economist and SMU professor. “They depend really heavily on semiconductors.”

Davis believes the combination of stimulus money and a growing economy are making the supply and demand problem worse.

“If this is your year to replace a car, you know, too bad for you because it's going to be more expensive,” Davis said. “There are a lot of people that are suffering because of the pandemic, but we've also got a lot of post-pandemic spending starting to happen.”

“The best time to buy a car is when you want to buy a car,” Gilchrist counters. “It’s just like building a building or a house or anything. It never gets cheaper.”

It’s not just new cars that are the issue. Used cars and rental cars are becoming rarer and more expensive.

“It just has an effect all the way down the line,” Gilchrist said.

He says dealers are trading around more to try to give customers the car or truck with the options they want.

“That’s where we’re concerned as dealers. We need to be able to meet our customers' expectations and it’s going to be difficult,” he said.  “This is every dealer across the nation. I can’t tell you how many calls I’ve gotten from dealers about inventory levels.”

This time last year Gilchrist had $50 million dollars of vehicles on this lot. Now, it’s $17 million, about a third of that level.

Automakers said publicly the chip shortage is costing them billions of dollars. Gilchrist says it’ll be six to seven months before the industry starts to see progress, but no one knows yet when the end will be.

“To get to where we were last year, I think it’s a couple years away,” Gilchrist said. “It’s something that won’t be solved overnight but it will be solved.”