How will my electric bill be impacted? Whether you lost power or not, Texans could see higher bills

You weren’t paying for electricity while it was off, but try heating a home from 24 degrees back up to 68. 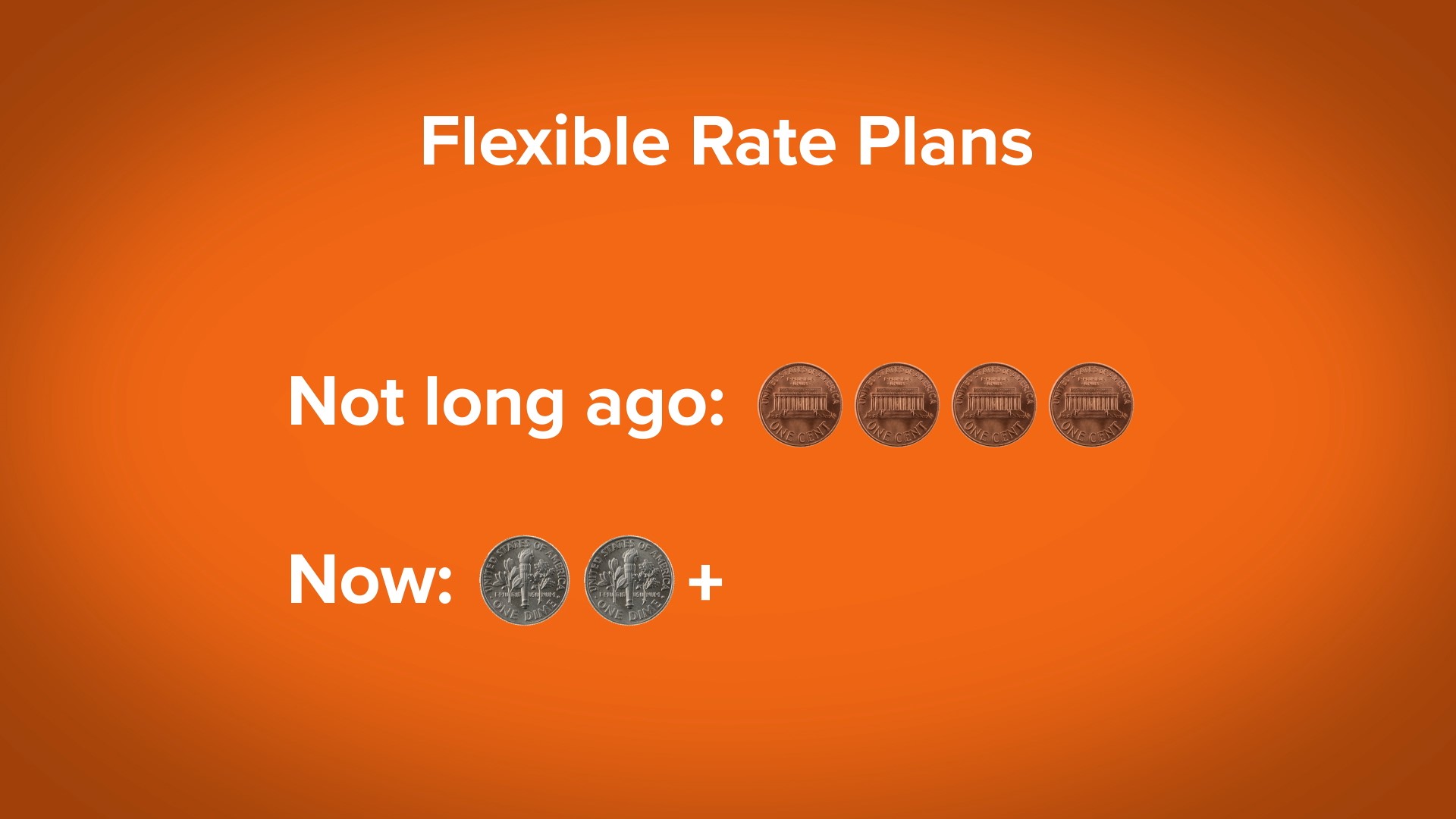 For those who lost power, sorry. In addition to the misery of being without service, it might cost you. There have been people posting on social media that their indoor temperature dropped to 24 degrees!

Those who were left in the dark--and the cold--weren’t paying for electricity while it was off, but try heating a home from 24 degrees back up to 68 degrees. As a rule of thumb, each degree you add makes your heating cost rise by about 3%. Multiply that by 44 degrees. The money you saved while shivering in the dark has now been spent -- and maybe then some. So be prepared for the possibility of a higher than usual bill even if you were in the blackout for a long time.

To all of you who didn’t lose electricity, many of you with heat pump systems who have the fancy screen for a thermostat -- may have seen it read “emergency heating." It’s a secondary heater that kicks in automatically --usually when temps outside drop below about 30-35 degrees. They’ve been way below that.

Emergency heat makes the house nice and toasty but can eat electricity up to 50% more than your heat pump. If you kept your thermostat higher than the mid to high 60s, for example, and emergency heat ran a lot, be prepared for a potentially big spike in your next utility bill.

You have an electricity plan. But do you know what it is? When you signed up for electric service you chose a plan with a certain kind of rate. You either got an indexed rate, a variable rate, or hopefully, a fixed rate. Log onto your electricity account or find the paperwork to be sure.

Here’s why: There’s a marketplace where electricity is bought and sold in bulk -- before it’s getting to most customers.

With supply and demand so out of whack this week, the wholesale cost of electricity in Texas spiked: 1 Megawatt of power went from about $50 to $9,000. If you’re on a fixed-rate plan, what you pay per kilowatt-hour isn’t affected by that.

If you’re on an indexed or variable plan, your rate can move with that market -- depending on how their plans are set up -- some customers and even some electric companies are in for some sticker shock.

One provider is even “suggesting that our members switch to another provider with a fixed rate.” Yeah, save yourselves, customers.

Another is entering its customers for a chance to win a Tesla if they reduce their usage by 10% right now. So if you’re not on a fixed rate, you may want to try to get on one. Texans can shop for electric providers and plans here.

Some don’t have that luxury. Those who use a lot of juice, like businesses, prefer these unstable plans because usually they’re cheap. But now, they’ve gone from paying 3 or 4 pennies per kilowatt-hour to now almost a quarter per kilowatt-hour.

If rates like that keep up, the cost of electricity could actually take down some businesses -- especially those already hit by the pandemic. The CEO of a Dallas electric brokerage talked to me about how serious this can be -- and what kind of difference it can make on a company’s electric bill.

“There are going to be quite a few companies going out of business if they are on this wholesale product,” said Taner Stewart, co-founder and CEO of Texas Electric Broker.

“I have seen in the past -- I’m speaking for a larger commercial customer or even a small business -- they go from having a $15,000 bill to a $200,000 bill and the next thing you know they are going out of business," Stewart said.

He predicts it the next electric bill could put some businesses out of business in this situation, depending on how long the cost of electricity remains so high, "Unfortunately, the answer is yes. Hopefully they have enough cash reserves to cover a situation like this. It is going to be a sticker shock. It is definitely going to be a sticker shock."