Census: More than 2.5 million Texans report they don't have enough to eat

The census data paints a portrait of widespread sacrifice and uncertainty in Texas caused by the pandemic. 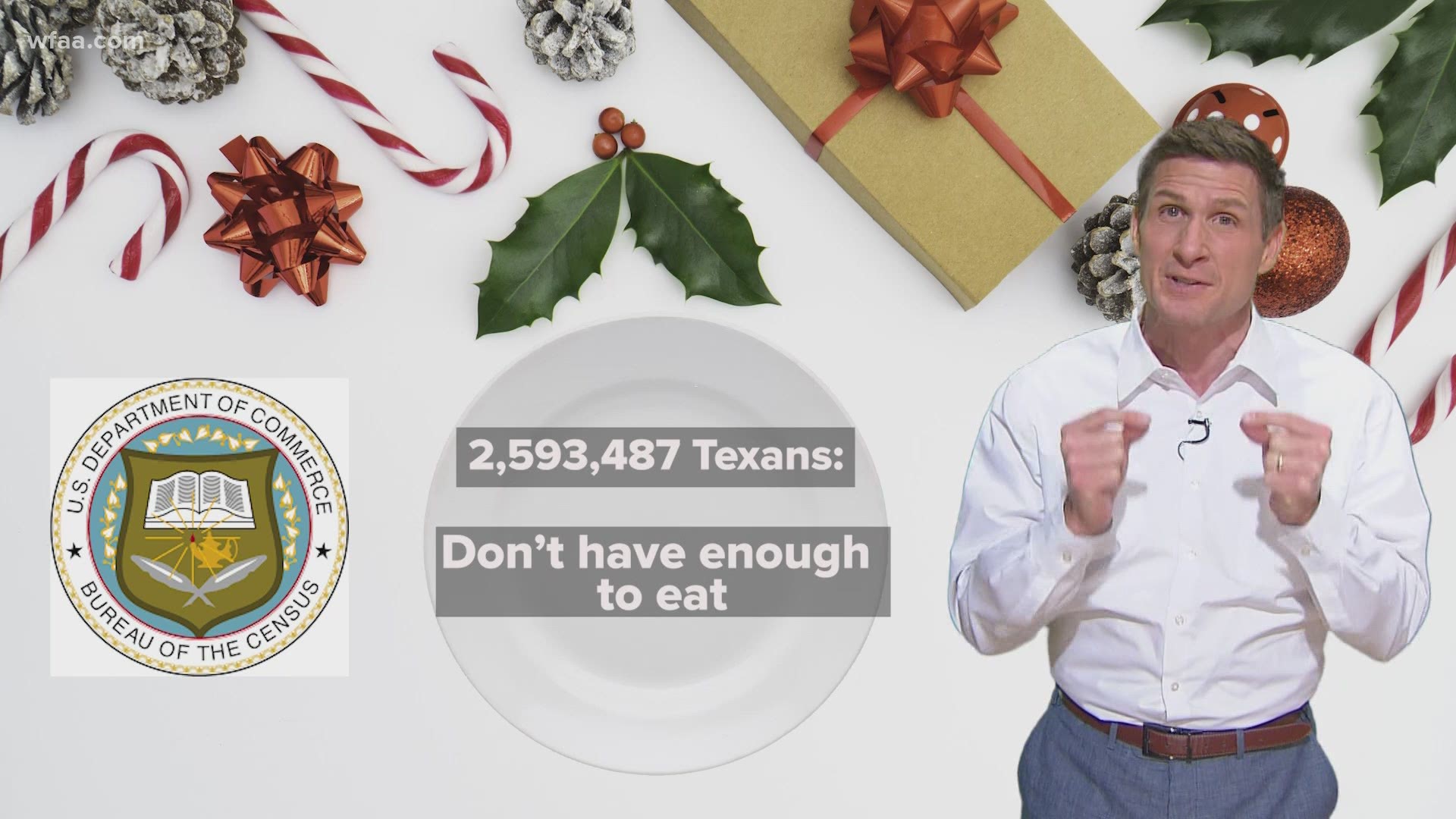 A lot of us won’t be getting together for the holidays because of COVID-19. But the gifts may be better this year.

Americans told PricewaterhouseCoopers in a recent survey that their total holiday spending will be 7% less this year. But respondents in that same survey said they’re planning to lay out 9% more specifically on gifts.

Speaking of gifts, another recent survey by insuranceQuotes.com found 47% of us are buying online and having the gifts delivered this year. But beware the pandemic porch pirates. The survey estimated that since March, 17 million Americans have had a delivered item taken from their doorstep.

So track your holiday shipments, schedule them, or perhaps have them sent to a locker where you can pick them up. Just be on the lookout, because someone else might be, too.

Another thing to think about as you are in the giving spirit: stark census data collected last month.

The report showed 2,593,487 Texans reported they don’t have enough to eat. And most of them have kids in the household. Also last month, the census found Texas leads the country with 718,957 people in this state worried that they might be kicked out in December or January because of an eviction (465,434 Texas respondents) or a foreclosure (253,523 respondents).

Some people think it’s tacky to give cash as a holiday gift, or that a grocery store gift card isn’t the best present. But those might both be exactly what someone in your life needs this Christmas.