Some lawmakers said unemployed Texans weren't looking for work because of the $600 weekly federal benefit. Unemployment has remained high after the benefit expired. 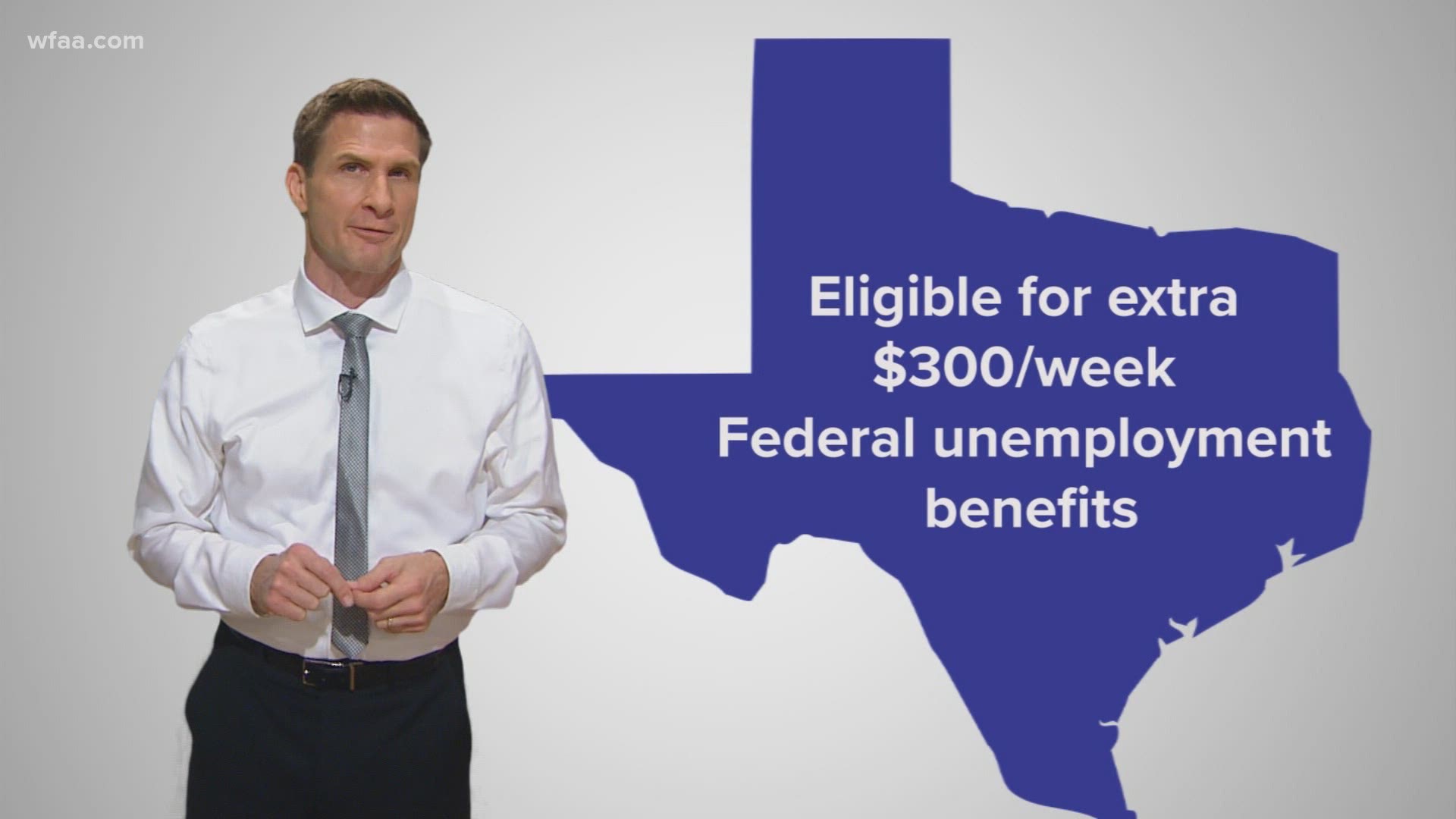 Some Congressional Republicans had argued in recent months that more people would get off unemployment when the more generous $600 per week federal benefit expired in July.

But the number of Texans on unemployment before that benefit expired has stayed fairly constant with the number of unemployed when there was no replacement for the federal benefit.

Two out of every five unemployment claims in Texas remain active, and 52,318 more Texans filed for unemployment for the week ending Aug. 22.

The Texas Workforce Commission has received 4.6 million unemployment claims since March 14. In the last 10 days, 1,775,005 claims have been paid.

This shows that unemployment in Texas remains stubbornly high, even though many jobs have been recovered.

Those filing jobless claims in the state are eligible for an extra $300 a week in federal unemployment benefits, called the Lost Wages Assistance program, a replacement for the earlier program that paid $600 a week.

The Texas Workforce Commission has already paid out $424 million of the initial disbursement of $1.38 billion from the federal government through the new assistance program. That first batch of money is only expected to cover three weeks of the additional payments, which includes the week that ended Aug. 15.

The state unemployment agency said it will keep asking the federal government for money to keep paying the $300 weekly benefit.

The agency adds that its payment schedule doesn’t totally line up with the federal program’s schedule.

"The difference in the payment schedule will appear as if you are missing a payment, but you are not," according to agency officials.

Because of Federal Emergency Management Agency requirements, the commission must request the lost wages money from the federal agency on a weekly basis.

The workforce commission says it can only pay the enhanced unemployment as long as it keeps getting the money from FEMA.

“And we have no control over when the federal funds will be disbursed or how much funding will be provided by FEMA," commission officials said.

The Texas Workforce Commission will keep using federal money "to pay for the Lost Wages Assistance program until the funding ends, new legislation is passed, or the program expires.”

More Q&A with the workforce commission

Q: For the Lost Wages Assistance program, are people required to answer if their unemployment or underemployment is due to COVID-19 every payment request (every two weeks)?
A: No, once the person has told us that they are unemployed, partially unemployed, unable or unavailable due to the disruptions caused by COVID-19 they do not have to answer the question again.

Q: If a person previously selected that they were not unemployed due to COVID-19 on a payment request, can they go back and change it and receive backdated payments?
A: They cannot change the answer once they submit the payment request.

Q: Why didn’t I get the additional $300 from the Lost Wages Assistance program for the week ending Aug. 22?
A: For people eligible for Lost Wages Assistance program making payment requests this week, between Aug. 23 and Aug. 29, they will see an additional $300 weekly benefit added to their benefit payments for the weeks ending Aug. 1, Aug. 8 and Aug. 15.

Food insecurity has become a major concern for many households, especially those with children.

The percentage was almost double that for single-parent households, which are far more likely to be headed by a woman.

Of households with children, 13.4% reported they had “received food donations from family, friends, food banks."

Again, roughly twice that percentage of single-parent households reported they have fallen into this category.

If you are in this situation, you may be able to get SNAP food benefits. Click here for eligibility requirements and to apply.

Additionally, you may qualify for the Women, Infants, and Children (WIC) program. Click here to see eligibility requirements and to apply.

Click here to go to the Texas Food Bank Network to find a food bank near you.