Looking for a job in DFW? These companies are hiring this fall

Several companies this week have announced upcoming hiring plans as we head into the fall and winter. 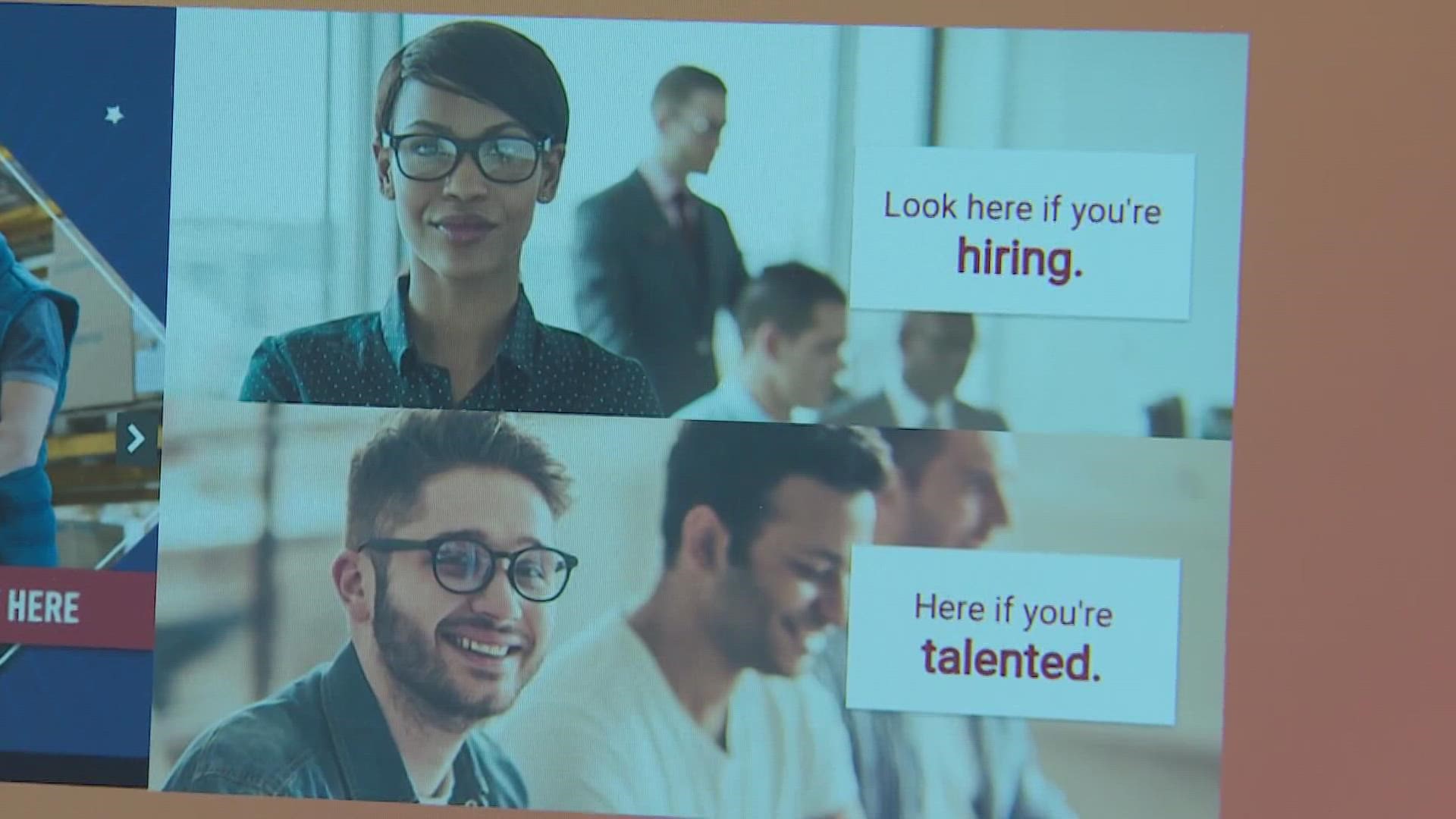 DALLAS — We're still a couple months away from the holiday shopping season, but one thing that's already here: Seasonal hiring.

Several companies this week have announced upcoming hiring plans as we head into the fall and winter.

Here are some of the major employers offering opportunities:

This is the big one, and it's not just limited to seasonal jobs. Amazon is planning to hire 11,000 new employees for its North Texas fulfillment centers and delivery services.

The jobs will mostly be at Amazon's fulfillment centers and in delivery positions. Fulfillment and delivery employees average more than $18 per hour, and some positions offer up to $3,000 in signing bonuses, according to Amazon.

Amazon jobs posted in North Texas include full-time and part-time positions at fulfillment centers in Coppell, Fort Worth and Dallas. Those positions have a base pay of $15.50 per hour.

Interested applicants can search for all open positions here.

People can also register online for Amazon's Career Day on Wednesday or Thursday. The virtual event will provide job seekers with advice from recruiting experts and career coaches, whether they're applying to Amazon or elsewhere.

Dick's Sporting Goods is planning to hire about 290 seasonal employees at its North Texas stores. Here are those locations, if you're interested in an opportunity near you:

The hiring push is part of Dick's "National Signing Day" event on Wednesday.

Interested applicants can search for jobs and apply here.

Fidelity Investments, which has a large presence in North Texas recently announced that they're adding 9,000 positions. Though those additions are nationwide, it's expected many of the positions will be here, since they have such a presence.

Fidelity’s hiring is across all job functions, the company said in an Aug. 31 news release, particularly client-facing positions and technology. The business said it is also planning for a hybrid work strategy, a work style borne of the pandemic. Fidelity said associates would work flexibly based on personal and professional needs, as well as their role, the type of work they do, and their team needs.

To get more information or to apply, visit jobs.fidelity.com.

GEODIS, a transport and logistics provider, is hiring 390 seasonal workers in North Texas. GEODIS is hiring seasonal warehouse workers to handle materials and operate equipment as it ramps up for its peak delivery season.

No experience is required for the seasonal material handler positions. Interested applicants can apply here.

GEODIS has locations in Grapevine, Lancaster, Fort Worth, Dallas and Coppell.

Kohl's department stores are hiring nearly 1,000 employees to work seasonal roles in North Texas this year. The roles include store associates and distribution and fulfillment workers.

Kohl's is holding two national hiring events, Sept. 16-18 and Oct. 21-23. Qualified candidates could receive a job offer on the same day they apply, the company says.

Candidates could also be eligible for a bonus of up to $400 if they stay on through the holiday season.

All information on Kohl's seasonal hiring can be found on the company's careers website.

It's that time of year: Halloween stores have likely already popped up at your local shopping center.

Party City is among the stores looking to hire seasonal workers. The company is hiring about 17,000 employees across the country, with positions also available in North Texas.

Interested applicants can search for jobs and get more information, including details on in-person hiring events, on the Party City jobs website.

The Plano Independent School District is working to fill bus driver positions. The district recently increased driver pay to $21 per hour. Anyone interested in driver positions or bus assistant positions can apply here.

Plano ISD is also holding a job fair Sept. 23 for food and nutrition services positions. The job fair will be held at Wilson Middle School Cafeteria, 4:30 p.m. to 6:30 p.m.

Refined Hospitality is hiring hundreds of employees for new restaurant openings at The Riverwalk at Central Park in Flower Mound.

RELATED: Amazon is hiring 11,000 workers in Dallas-Fort Worth: Here's the pay and how to apply

Bloomberg reports that Dallas-based carrier Southwest Airlines is looking to bump its hiring goal to 5,200, an increase of 16%. The outlet reports that the carrier is trying to ease flight disruptions and reduce overtime with the hiring increase.

The airline has been offering incentives to workers for job referrals after seeing a “sharp decline” in qualified applicants, Bloomberg reported. The carrier also raised its starting salary to $15 an hour.

Those who wish to apply can do so at careers.southwestair.com.

And UPS is taking a faster approach to hiring this year, making offers to qualified candidates in 30 minutes or less for package handler and driver helper positions, according to a company news release.

The company says about 1/3 of seasonal workers have ended up getting permanent jobs in the last three years.

Interested applicants can search for and apply for UPS positions here.

The United States Postal Service is hosting two job fairs in Dallas this week to prepare for the busy holiday season. Starting pay is $18.51 an hour, paid bi-weekly.

To assist potential applicants, USPS personnel will be on-site to provide detailed information about the position and answer questions. For more information applicants can go to www.usps.com/careers.