The so-called "Quits Rate," the rate at which people quit their jobs, has risen to record levels several times this year. 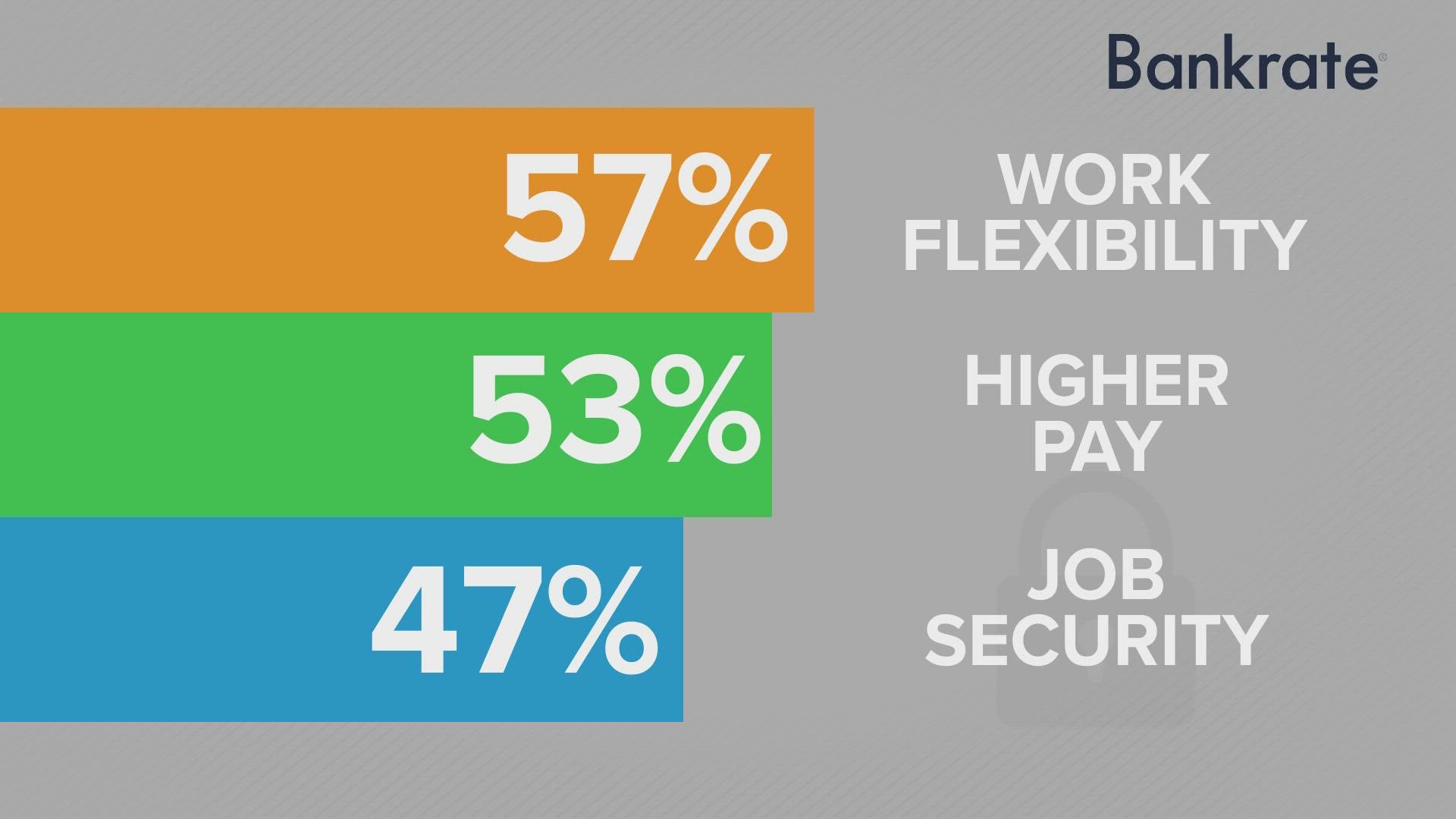 That can be a liberating phrase. Recently, a bunch of workers have been exclaiming it. The so-called "Quits Rate," the rate at which people quit their jobs, has risen to record levels several times this year.

A big reason -- jobs are available.

In October, the U.S. Bureau of Labor Statistics will begin breaking down the data to the state level and will publish it.

Soon, we may be able to regularly see how many of the job quitters and job openings are in the state of Texas.

New announcement: I will be quitting!

Okay, that doesn’t seem nearly as liberating. But a lot of workers are exclaiming that too. The latest bankrate.com jobseekers survey finds 55% of the workforce are likely to search for a new job in the next 12 months.

Employers may not want to hear that. Many of them surveyed already said their top business concern this year is hiring qualified workers.

So employers, let's assume another big concern is retaining the people you still have. It's important to understand why they might be headed for the exits.

Many workers have just generally reevaluated life during the pandemic. But some specifics from the bankrate.com survey: 56% of people who plan to search for a new job are looking for work flexibility, 53% are seeking higher pay, and 47% listed job security as a main motivator for looking for a new job.

It is a job seekers market right now. But even before this, I have always said you should never stop looking, sometimes actively, but also consistently networking, asking questions, being aware of opportunities, updating your skills, your resume and LinkedIn profile.

It's exhausting. But if you do those things, when the time comes to say, 'I quit,' hopefully, you're really ready.