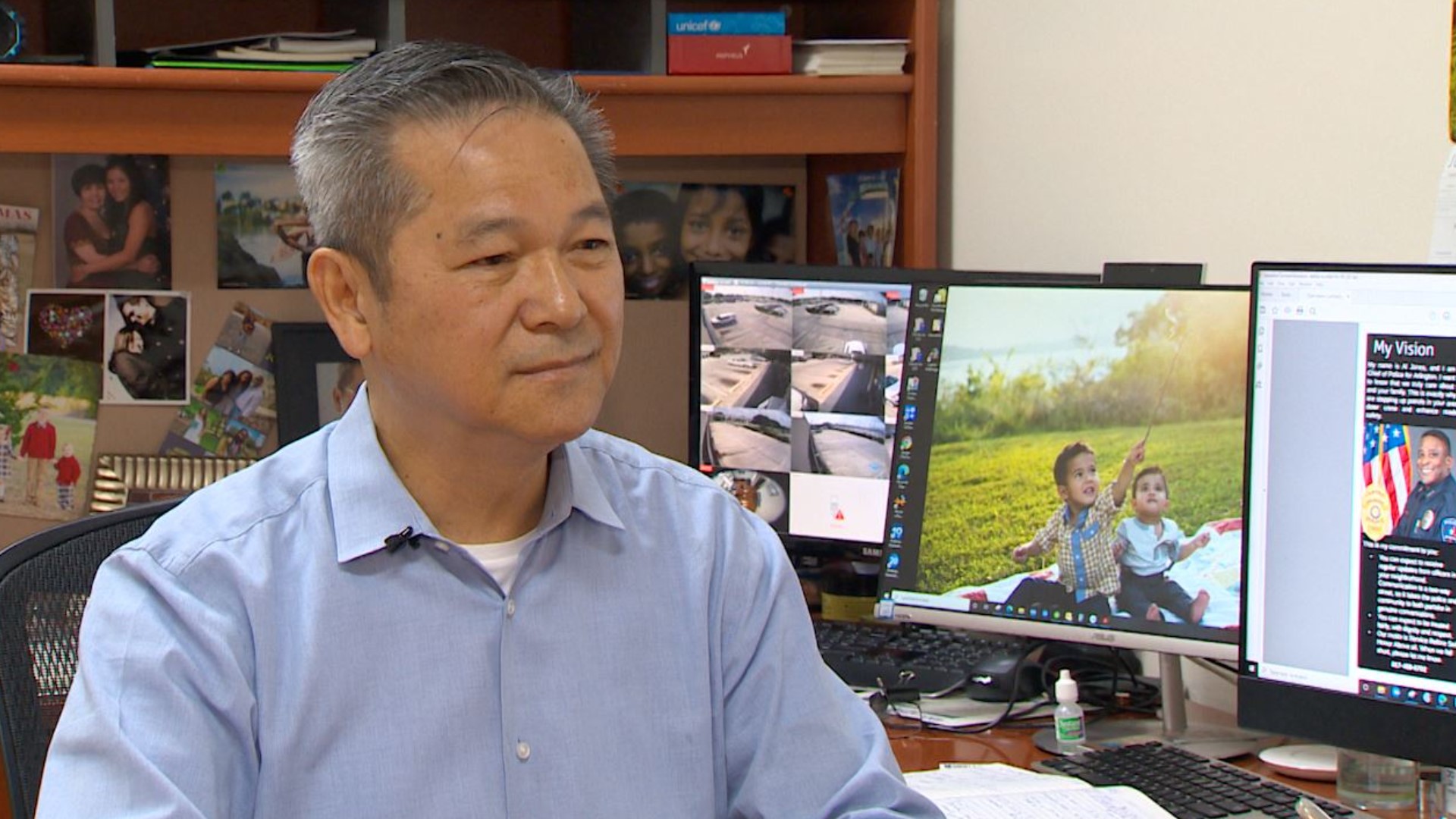 ARLINGTON, Texas — Dan Tran has been managing Pioneer Square on Sherry Street in Arlington since 2005. He's owned AllTax LLC in the plaza for even longer.

In the last few months, Tran said there's been a noticeable difference in the neighborhood. Safety has improved.

"I feel so comfortable being around here," Tran said.

About two months ago, Tran said the Arlington Police Department made an appointment to meet with him. Police Chief Al Jones and Deputy Chief Kyle Dishko were a part of that conversation, letting Tran and other business owners know about Operation Connect.

Operation Connect has three goals. The goals are to reduce crime, reduce serious accidents and fatalities, and build positive relationships in neighborhoods.

Since April, Arlington police said it has made 3,100 community engagements to get neighbors involved. That includes the meeting with Tran.

As a Vietnamese American business owner, preventive measures are important to him. He is concerned about the rise in hate incidents against Asians in America.

Recently, Tran said there was potential danger in the parking lot of his plaza. He made a call, and he said Arlington police officers arrived within three minutes.

Since Operation Connect began, Tran has also seen more officers patrolling the streets nearby. He's felt the change in the last few months.

Tran understands there is sometimes fear in Asian communities to report threats to law enforcement. He hopes more minorities can feel comfortable calling 911 when they need help.

"We have to encourage them to come and be active in your community," Tran said.

Owning his business and managing Pioneer Plaza is the American Dream for Tran, which is why keeping it safe is his priority.