D-FW's next big BBQ joints: At this Arlington spot, brisket goes with... anything

From brisket cheesesteaks to beef rib ramen, 225 BBQ has one of the most inventive, and tastiest, menus in the area. 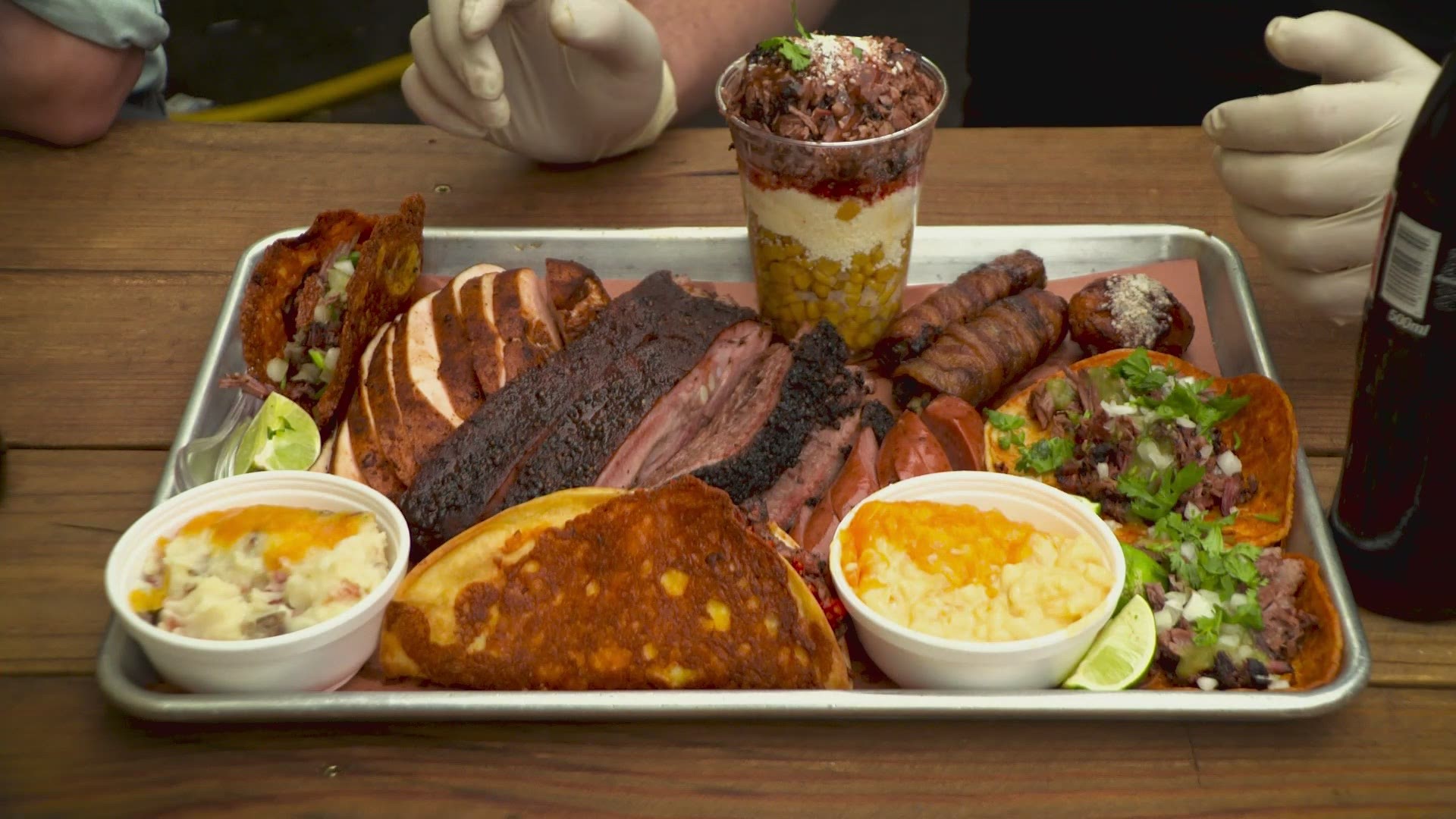 ARLINGTON, Texas — It’s National Barbecue Month, and in Texas, brisket is king. It’s easy to find moist, lean or chopped brisket in practically every corner of this state, but there’s a place in Arlington that’s taking brisket to another level.

“The same old thing over and over, it gets boring,” said Rene Ramirez, owner of 225 Barbecue in Arlington. “You got to throw a curve ball out there and surprise people.”

Although 225 Barbecue serves out of a small food trailer outside Division Brewing in Arlington, the food is big on flavor.

Ramirez’ menu is full of surprises like beef rib ramen, brisket elote and a quesitaco, which is a taco wrapped in a quesadilla.

“People never know what to expect,” Ramirez said. “[They ask] ‘What on the menu? What’s this? What do you got this week?’ You’ll find out that day.”

Credit: Jon Goss/WFAA
Rene Ramirez, owner of 225 BBQ in Arlington, poses in front of his food trailer outside Division Brewing. Ramirez hasn't been barbecuing long, but his inventive menu is growing a large following.

However, Vaughn says don’t be fooled. At 225, the brisket, on its own, is some of the best you can get.

It’s kind of amazing, because it’s only been eight years since Ramirez smoked his first brisket.

He only smoked that brisket to prove he could do it better than his brother. He never even planned on smoking another one.

Eventually, he did, and he kept doing it. Once he perfected the technique, he quit his job and started smoking meat full time. It didn’t take long to start thinking way outside the firebox.

He has other concoctions, like brisket cheesesteaks, brisket burgers, brisket nachos and even something he calls a chicken baseball: it's chicken stuffed with brisket, then wrapped in bacon.

“How do they have this many menu items coming out of one food truck?” Vaughn asked.

One of Ramirez’ most insane concoctions is the cherry bomb.

“He said that he’s got a guy that comes in and eats like 10 cherry bombs and that’s that guy’s lunch. So, yeah, stay away from that guy’s bathroom,” Vaughn joked.

Ramirez says he has so many people lining up (for his food, not for the bathroom) that he could make a lot more food than he’s currently making. But he’s limited by space.

Ramirez can crank out a lot of good food from his trailer, but hopes to soon build a brick-and-mortar location where he can dream up even crazier twists on Texas barbecue.