D-FW's next big BBQ joints: This spot has some of the best brisket in Dallas

May is National Barbecue Month, and North Texas has plenty of spots that have what it takes to be considered top 50. 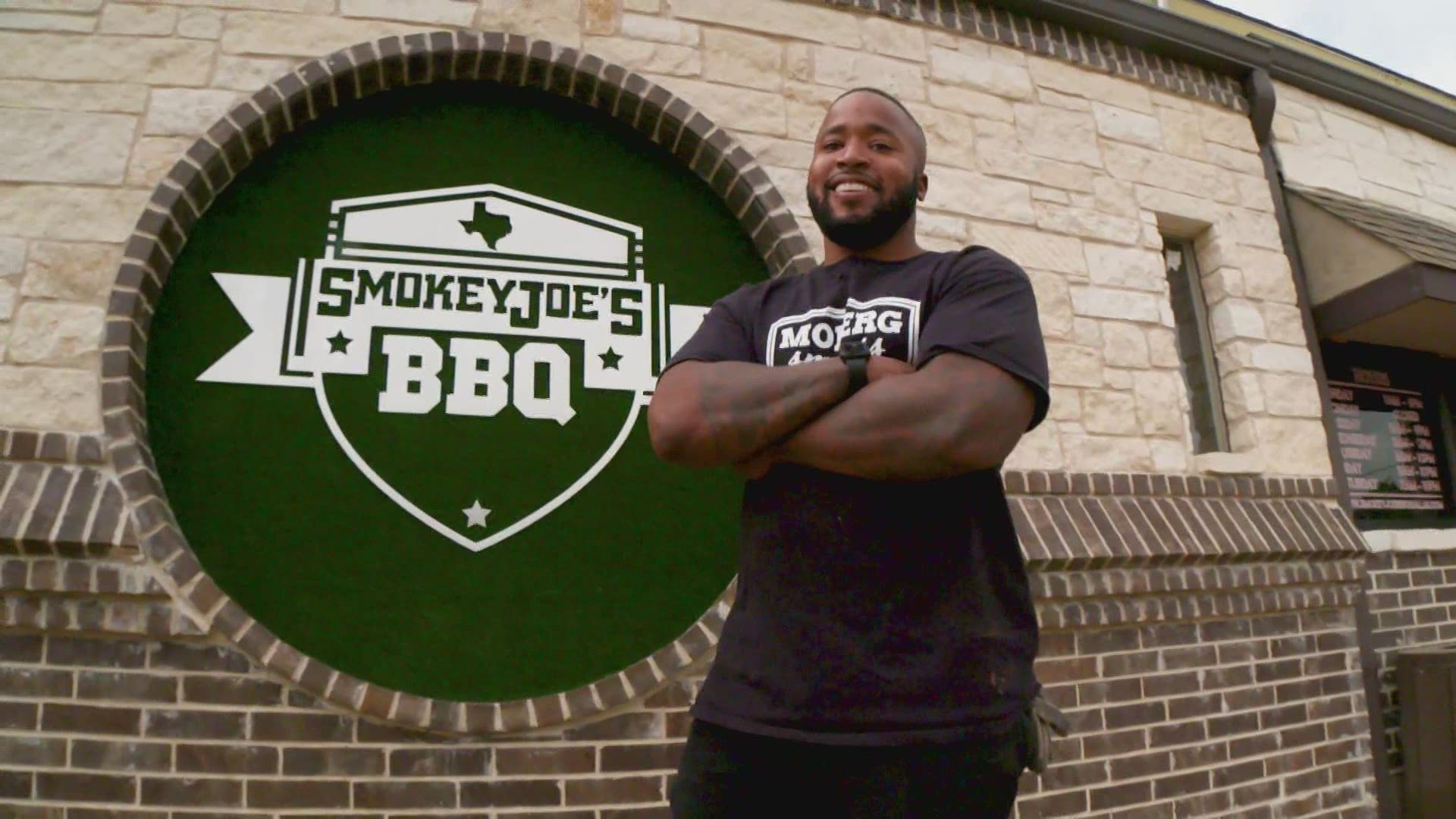 DALLAS — In Texas, where there’s smoke, there’s Daniel Vaughn. As the barbecue editor for Texas Monthly, his job is to find the best barbecue in Texas.

At least eight barbecue joints in Dallas-Fort Worth are on Texas Monthly’s top 50 list, but what are some of the best barbecue spots that have flown under the radar?

Vaughn said, without a doubt, the first place to go is Smokey Joe’s in Dallas.

Kris Manning owns Smokey Joe’s, but he admits for the longest time he didn’t want to.

“My dream was always to be in corporate America,” Manning said. “I always wanted to wear a suit and tie to work. [But] I was putting in applications everywhere, and I did not get a job anywhere.”

So, his dad, who helped open the place in 1985, asked Manning twice if he wanted to take over the business.

Eventually, after being asked a third time, he did.

“I said yes, under one condition: if it’s mine, it’s mine,” Manning said.

Since taking over in 2014, Manning has definitely made it his.

He ripped out the old pit that was inside the kitchen and put in new smokers out back.

He then renovated the building and the menu.

After visiting a well-known barbecue joint in Austin, Manning was blown away by the brisket. Right then and there, he decided to change the way his brisket was made.

Have those changes paid off?

“Yes, they have paid off greatly,” Manning said.

“This is essentially a new restaurant,” Vaughn said.

Now, Vaughn says, Smokey Joe’s is serving some of the best brisket in Dallas. Customers are starting to take notice, too, with a growing fan base lining up for Manning’s new brisket.

He also added stunning sides like chicken tetrazzini, macaroni and cheese and homemade pickles. He serves incredible desserts like carrot cake, too.

Manning even developed an amazing new bean recipe, and then immediately took it off the menu.

“I put the beans out there and I probably got at least 15, 20 phone calls,” Manning said.

Loyal customers liked his dad’s beans better, so Manning kept them and abandoned his new recipe.

The ribs and a few other things have also stayed the same.

All together, Vaughn says Smokey Joe’s has become one of the best places for barbecue in Dallas.

“If you’re coming to Dallas on a barbecue tour, Smokey Joe’s needs to be one of your stops,” Vaughn said.