Saddle up! After nearly 40-year hiatus, rodeo returns to the State Fair of Texas 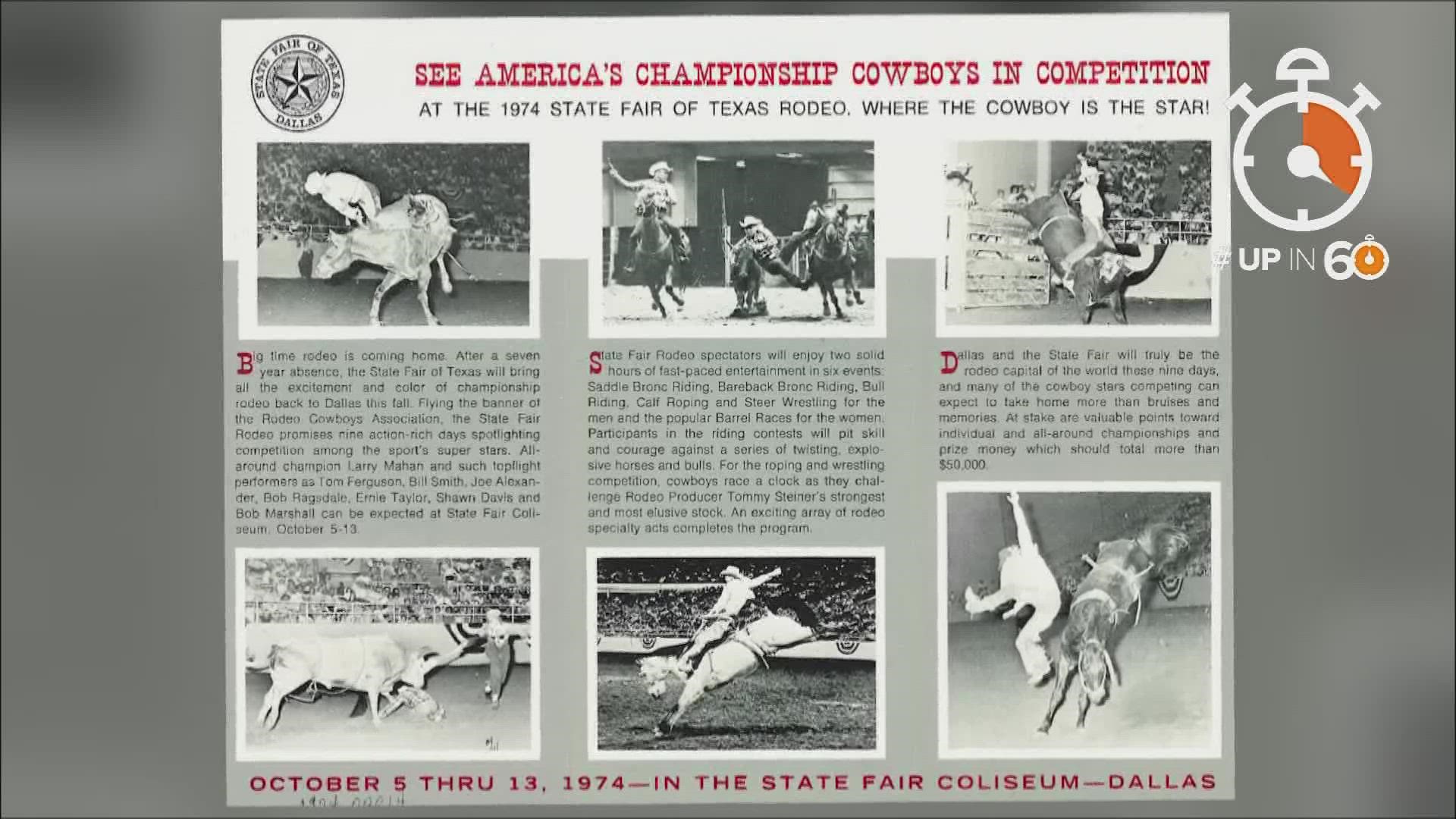 DALLAS — The Dallas Cowboys haven’t competed at Fair Park (the Cotton Bowl to be specific) since 1971.

But real cowboys haven’t competed there since, well, nobody really knows.

“It was sometime in the 80s,” said senior vice president of agriculture and livestock Daryl Real. “I’ve looked up some different stuff, 83 and 87, but I can’t determine which is which.”

The State Fair rodeo started when the State Fair started in 1886. It ended nearly 100 years later in the 1980s.

But it’s back in the saddle.

The State Fair rodeo will take place every Friday and Saturday during the fair.

“People that competed and participated in the rodeos back in the 1960s are really excited that we’re having rodeo back during the State Fair of Texas,” Real said.

They’re excited because that’s what Fair Park Coliseum is best suited for.

Soon after it was built, the coliseum hosted the inaugural National Finals Rodeo, the Super Bowl of Rodeo, from 1959-61.

However, without a rodeo during the State Fair, Fair Park Coliseum has been everything from a petting zoo, a retail shopping space and even a haunted house.

This year, the ghouls and goblins are gone and this will be the most diverse rodeo the state fair has ever had.

“We start out with our cowboys of color rodeo on Friday and Saturday,” Real said. “Then we have a Mexican rodeo celebration and then we move on to our youth rodeo. Then we have three nights of professional rodeo, then great bullriding and bullfighting and then we end with a ranch rodeo on the last weekend.”

Truthfully, rodeo came back to the State Fair of Texas a few years ago, but it has been held weeks before the fair officially begins.

It hasn’t been held during the actual state fair in nearly 40 years.

But now that it is back, they’re praying it stays around for good.