She flies out of DFW Airport every week, and every trip includes random acts of kindness 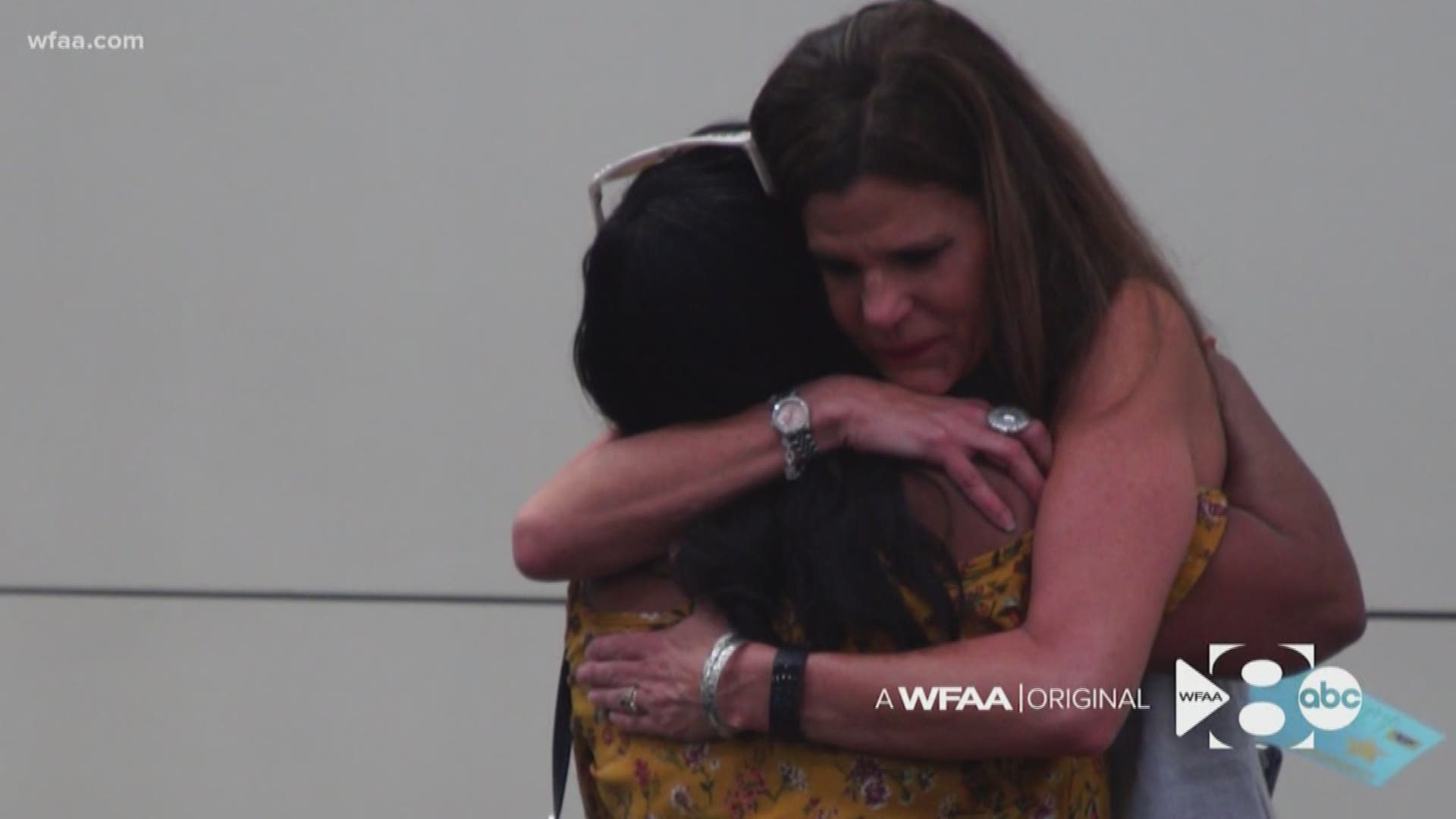 Catharine Knight is blessed with both.

And lucky for the rest of us, she is not stingy with either one.

“I truly feel like we are all on this journey together,” Knight said. “It’s our job to take care of each other.”

Knight lives in Allen with her husband and two sons, and her job forces her to travel out of state every week.

“DFW knows me well,” she said after passing through the TSA security line at DFW International Airport.

Credit: Teresa Woodard
Catharine and her son Parker write and decorate each note.

It was before dawn on a Tuesday morning and she was catching a flight to Albuquerque.

Her routine was just getting started.

“I want you to have a nice day today,” she said to the man in front of her in line at Starbucks, handing him a card.

She said the same thing to the woman behind her as she handed over another card.

Then she did the same with the barista, the gate agents and other passengers.

Within about an hour she’d wished about 50 people a good day and given each of them a token of kindness – a handwritten note with a special message.

“I believe in you!” read another.

“You are beautiful!” read a note she gave to one passenger who couldn’t stop smiling.

“I don’t feel very beautiful right now because I’m tired! This means a lot,” the woman said after thanking Knight.

She has gotten pretty good at reading the crowd.

“Sometimes I’m just like – 'Who needs a note?'" she said. “If you just start watching people, it’s all about perception and how you see things. A lot of times you see people, just — in their face.”

Somehow Knight knew that a woman sitting at a gate in Terminal B was on a particularly painful journey.

They embraced when Knight handed her a note.

“She started to cry because she said she is on her way to bury her husband,” Knight later explained.

And for a moment, that widow wasn’t alone.

“You just have no idea what people are going through,” Knight said. “You don’t.”

She knows some people don’t know what to make of her. They think she’s selling something or preaching something.

All she wants to sell us on is the power of being nice.

Her family has a stash of stickers and markers and cardstock hidden in the dining room of their Allen home. And when the stack of cards starts getting low, they sit down together and start replenishing it.

“[My son] made one and it said, ‘You are perfect.’ I asked him why he made it and he said, ‘Because somebody needed it,’” Knight said.

She and her youngest son Parker make the notes by hand. They deliver them anywhere they go:  restaurants, coffee shops, malls.

They dubbed their project "Handwritten Notes 17" because they launched it in 2017. They are active on social media, particularly Instagram, and they love to hear from people who’ve been touched by their actions.

They’ve handed out about 25,000 cards – all in an attempt to make the world a little kinder.

Shouldn’t we all get on board with that?