Throwback Thursday: Roller-skating resurges in popularity during the pandemic

Many people have memories at the roller rink as kids, but it's no longer just a blast from the past. Roller-skating has made a major comeback during the pandemic. 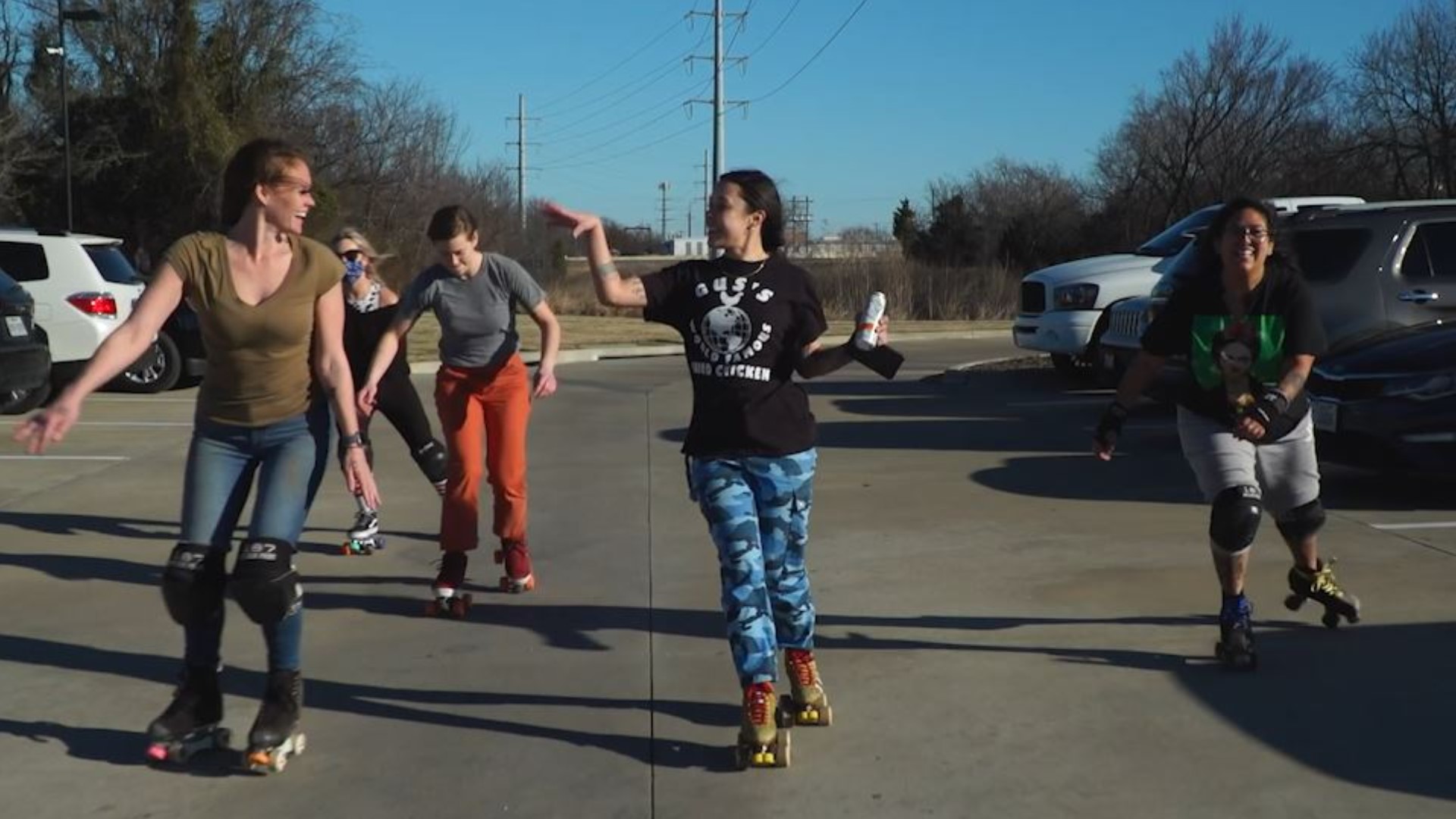 DALLAS — Many people remember roller skating from the 1970s when it was surrounded by disco music. The popular trend transformed into inline skates or "rollerblading" in the 90s.

Now in the 2020s, Quad roller skates have made a major comeback during the pandemic.

Skates have been in such high demand, Mo Sanders decided to open Good Foot Skates in Oak Cliff, Dallas at the end of 2020.

"I had a line outside the door and around the building with people waiting to get skates," said Sanders.

Every new box that shipped to his store was sold quickly. He said skates were backordered by the thousands.

"It's good. I like it because it is bringing more people into it. And now people are remembering that they had fun roller-skating," he said.

For Sanders, he never stopped skating. He's happy people are finding joy in their past hobbies. He's excited when new customers want to learn, buy or customize skates at his shop.

Samuel Elguezabal is one of his regulars. He's newer to the skating world, but has the mindset that it's never too late to skate. He's 53 years old, and skates with his daughter mostly at RollerWorld NorthEast in Haltom City.

His daughter, Isabella, said, "I used to feel bad because he would just stand there and watch me, and he didn't have any fun. So I told him to get a pair of skates from rentals, and he did."

Now, Elguezabal is just as obsessed with roller-skating as his daughter.

"You would be surprised at the amount of oldies that come, as well as newbies," said Netta McCracken, the owner of RollerWorld NorthEast.

She was a school bus driver for 15 years before she bought the old rink in 2016. She makes sure it keeps the nostalgia it had in the 80s when it first opened. For this family-run rink, business is better than ever.

"Skating has gone through the roof," said McCracken. "We had maybe one or two parties a month, and now we have every Saturday, every Sunday booked up."

McCracken likes to remind people, "Everybody falls, and nobody cares." It's a sentiment shared across the rolling world.

For park skater, Kamber Almy, falling is how she improves and gets past her fears. The most humbling part for Almy are the life lessons she's learned through the sport.

For past generations and present, skating is a reminder to let the good times roll.