Brayden's heart: A 12-year-old with a pacemaker and his message of hope to other pediatric heart patients

CHDs affect approximately one in 100 births every year in the United States and are the most common type of birth defect. 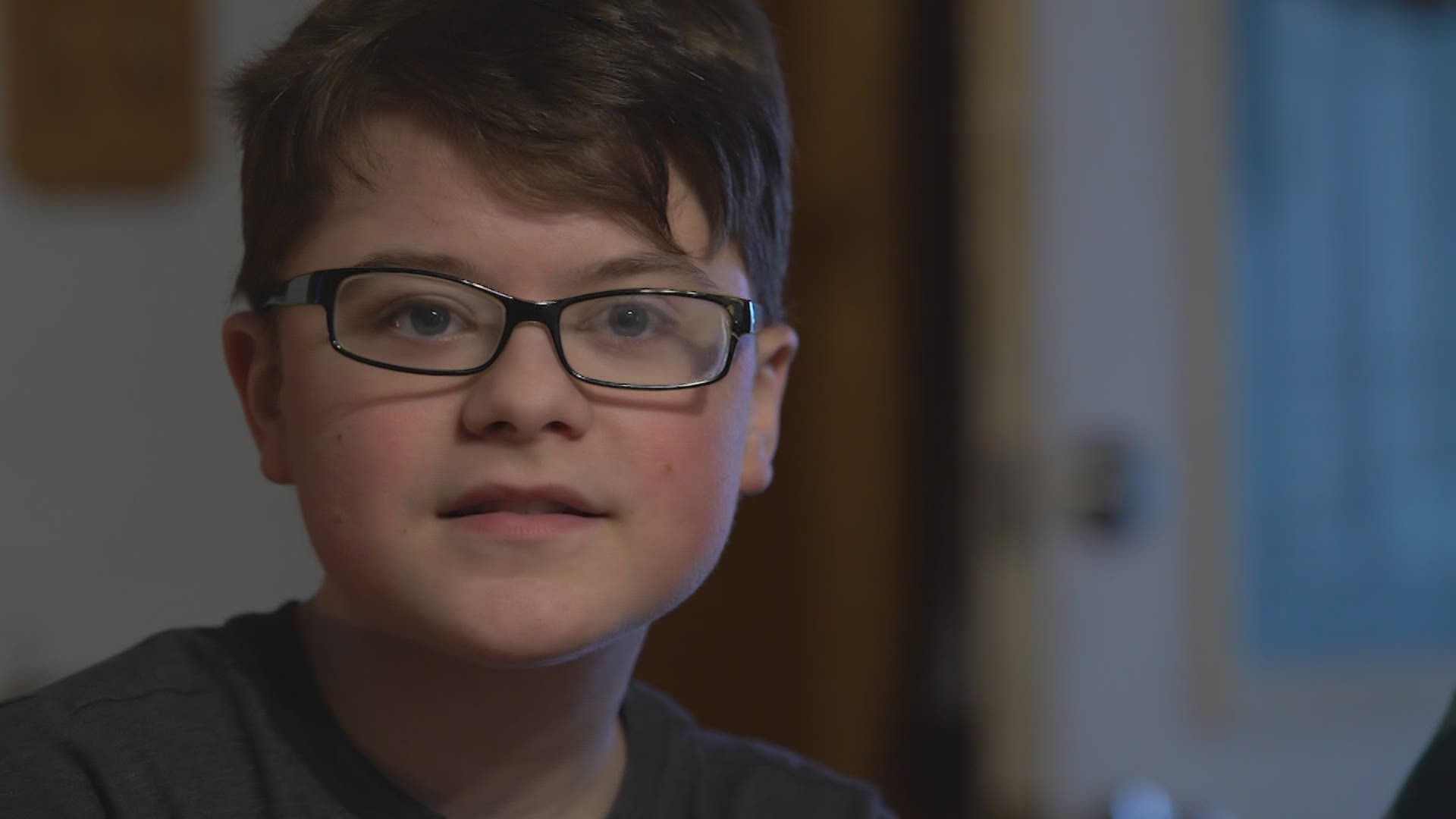 WEST TAWAKONI, Texas — Congenital heart defects are the most common type of birth defect. And if you want to find an advocate for additional medical research, additional funding and additional miracles, just search for a little yellow house in West Tawakoni in Hunt County.

Because that's where you'll find Rebekah Crump and the medical miracle she calls her son Brayden.

"He was actually kind of chunky," she laughed recalling her son's healthy physique at birth. "His nickname was Hoss!"

But two days later doctors discovered a hole in his heart. Multiple surgeries saved his life. And then at the age of two, doctors decided he would need one more intervention: a pacemaker.

"To be honest, devastating," she said of the unexpected diagnosis and recommended treatments.

So, here's the good news. Brayden is 12 years old now. He and his pacemaker, and his sense of humor, are doing just fine.

"A lot of people think it's just old people that have that pacemaker, you know, them old geezers," he laughed.

Brayden and his mom wanted to talk about this because every year the week leading up to Valentine's Day is Congenital Heart Defect Awareness Week, to promote awareness and education about congenital heart defects (CHDs). CHDs affect approximately one in 100 births every year in the United States and are the most common type of birth defect. An estimated 1 million children and 1.4 million adults in the United States are living with a CHD.

Rebekah Crump takes every opportunity she can to celebrate her son's survival by advocating for more awareness, more funding, more early screenings, and more medical miracles.

"If we don't talk about it and turn what could be a very scary, grim experience into something positive and letting people know that they are not alone, then everything he has gone through is in vain," she said.

"My heart's still beating," Brayden said when asked what he shares with other children faced with his same diagnosis. "So I just tell them, it's gonna be OK. God's got this. You're in great hands."

And if you ask him really nicely, this 12-year-old, who comes from a family of musicians, will let you "hear" his heart. During my visit to his West Tawakoni home, he broke into a perfect-pitch rendition of "Fly Me to the Moon," complete with the crooning lyric "Fill my heart with song and let me sing forevermore."

That's exactly what his mom is praying for.

"I look at him peacefully sleeping at night and I'm honestly grateful to the doctors, and especially to God, and technology, that he's here," she said.