The boys basketball team coaches were all quarantined. So the head coach for the girls took over and led them to a win

The Colony's boys basketball team woke up one Thursday morning with no coaches. Enter Colby Davis, the head girls coach, to lead the Cougars to a win. 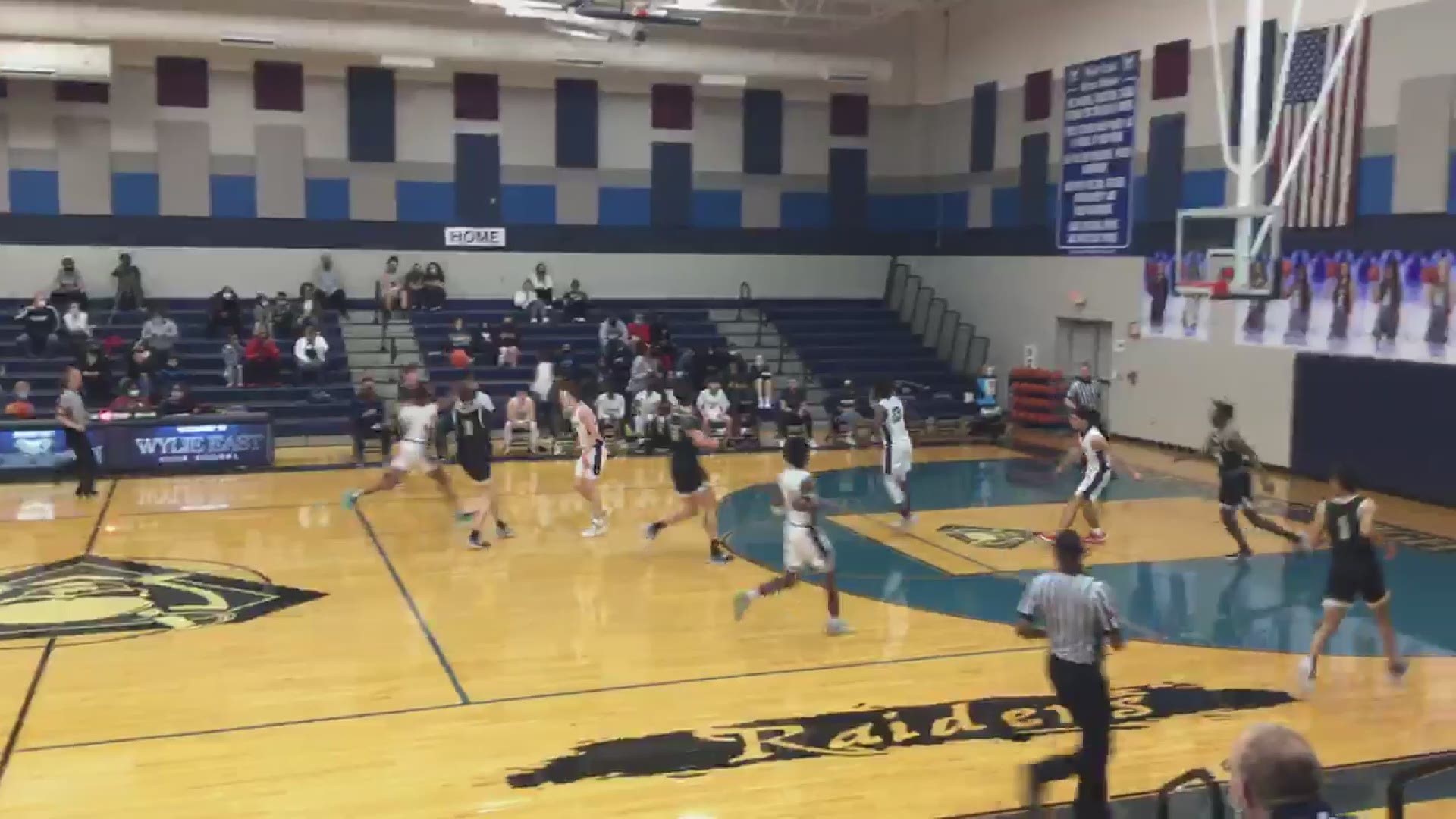 THE COLONY, Texas — The Colony's boys basketball team had a crazy schedule in front of them as January came to a close.

NBA teams don't even do that. But because of COVID-19, The Colony had to.

And they did it without their coach.

"The first day I was out," Ryan said. The Colony's head boys coach had a close contact with a COVID-19 case. As a result, he had to quarantine for a week, starting Wednesday.

"My assistant got to coach on Wednesday night. And so everything was good, he was gonna finish up the rest of the week," Ryan explained. "And then Thursday morning, he was quarantined."

Another close contact. Both Ryan and his assistant had close contacts that weren't connected with their basketball program. They each had to quarantine, though their team could continue to play. But they needed a coach.

"We talked about it earlier in the season, that if something happened, we'd fill in for each other, help each other out," he said. "It's one of those things that you talk about, never hoping that it's gonna actually happen."

But it happened. Eight hours before game time.

"It was hang up, send scouting reports, and what's your HUDL log-in," Davis said. "I gotta watch some film, and get to work!"

So while Ryan watched online from home, Davis took the reigns.

"I trusted her 100%," he said. "She's gonna make the right adjustments, [do] what was needed. Really just had to kind of watch, and be a fan at that point."

Davis wasn't too concerned about it either.

"We're not missing a beat. This is basketball," Davis said. "Regardless if it's boys, girls, whatever.  And they were excited, they played hard, they competed."

The girls' team was playing that night, too.

"So I'm getting ready to play a really great team in our district. We got finished, I told the clock-keeper 'I need at least 15 minutes!'  And so she threw that up there, and [then it was] just mentally flipping the switch."

"Because of Coach Davis."