“It gave me this sense of peace,” Shannon Catalano said. “I wasn’t able to pedal my grandma. But I’m going to be able to pedal someone else’s grandma." 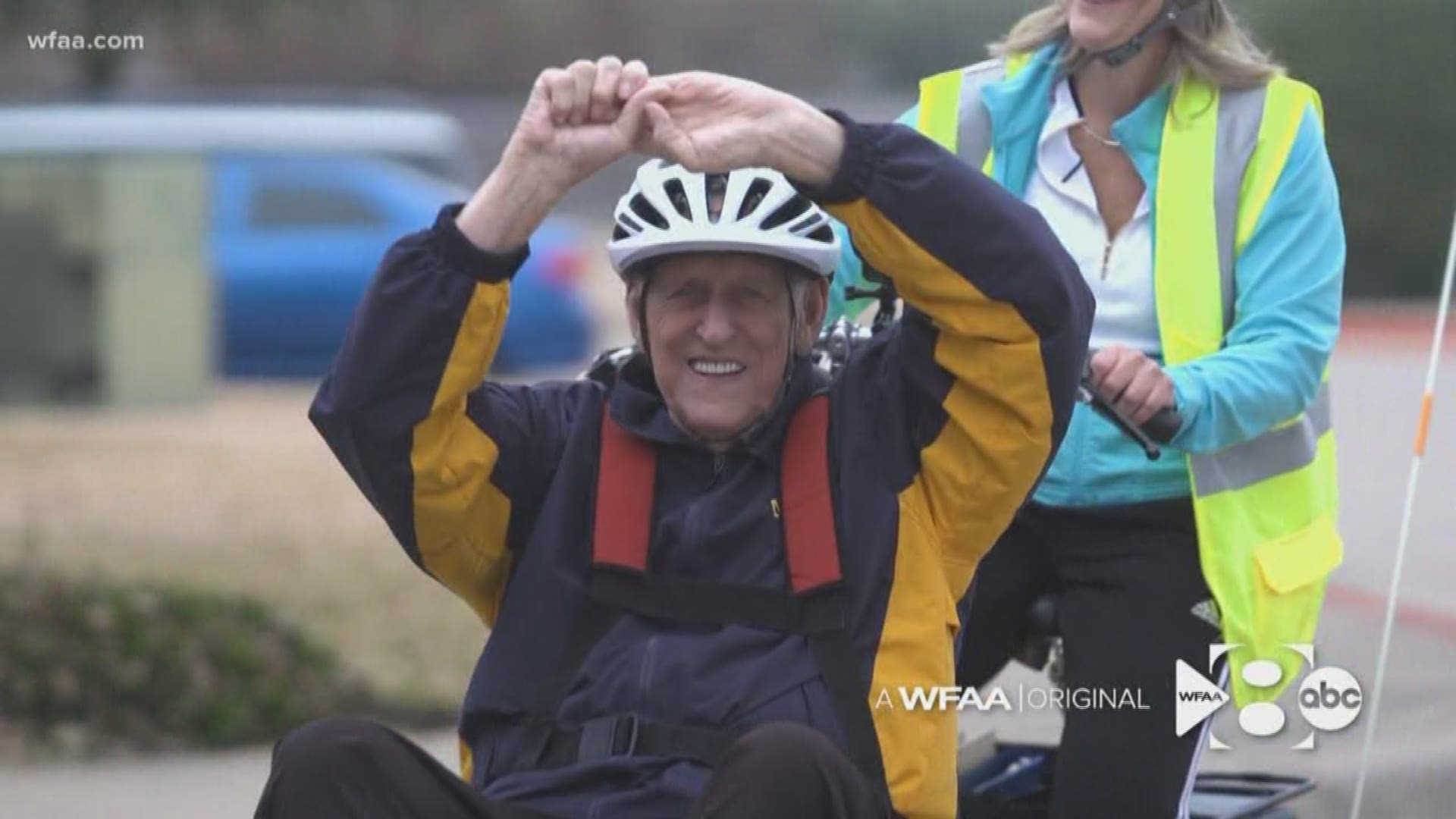 Shannon Catalano will never forget the day her grandmother asked for a bike ride.

The Plano resident, 41, said her late grandmother, Margie Wood, suffered from dementia and spent the last part of her life in memory care.

Growing up, Catalano and her brother spent every Saturday night with Grandma Margie. She remembers playing on Grandma Margie’s stationary bicycle in the den. Shannon and Grandma Margie developed a close relationship.

So it was difficult for Catalano and her brother to watch their grandmother's memory fade. There’s one visit to the memory care facility that she’ll never forget.

“(Grandma Margie) said, ‘I just want to get out of here. I want to leave,’” Shannon said. “And my brother asked, ‘Well, Grandma, what would you do if you left?’ And she said, ‘I would ride my bicycle.’”

What seemed like a simple wish was actually an impossible request: Catalano had no way to safely give her elderly grandmother a bike ride.

“Oh, like it broke my heart,” Catalano said. “As a child, she had a bicycle and it meant so much to her. But her bicycle was stolen. And she never forgot about it.”

But a few years later, Catalano saw something online that immediately made her think of Grandma Margie.

“I happened to run across a video of the Portland Wheelers and their wheelchair bicycle program,” Catalano said. “And something about it just struck me as special.”

The idea for her nonprofit, Lone Star Wheelers, was born.

Shannon raised the money to buy one bike, which is stored at DaySpring Senior Living in Plano. The bike has three wheels and a special seat attached to the front, intended for an elderly passenger.

Volunteers with Lone Star Wheelers offer free rides to any senior citizen, whether they're a resident of DaySpring or not.

They take beginning riders for short rides in front of DaySpring.

For those more adventurous, it’s off to the nearby Bluebonnet Trail.

“It’s fantastic. I enjoy every minute of it,” Mike Scott said. Scott, 97, is a resident at DaySpring. “Been riding my bike since I was knee high to a grasshopper.”

“He’s ridden his bike across states in his lifetime when he was young,” Scott’s grandson, Mike Adams, said. “So, it’s awesome seeing him do it.”

“It gave me this sense of peace,” Catalano said. “I wasn’t able to pedal my grandma. But I’m going to be able to pedal someone else’s grandma. And that’s almost just as good.”

She flies out of DFW Airport every week, and every trip includes random acts of kindness

'Laundry Love': Once a month, a Fort Worth laundromat turns into a place of giving