Susan Chambers wanted to share her story, one with a happy ending. 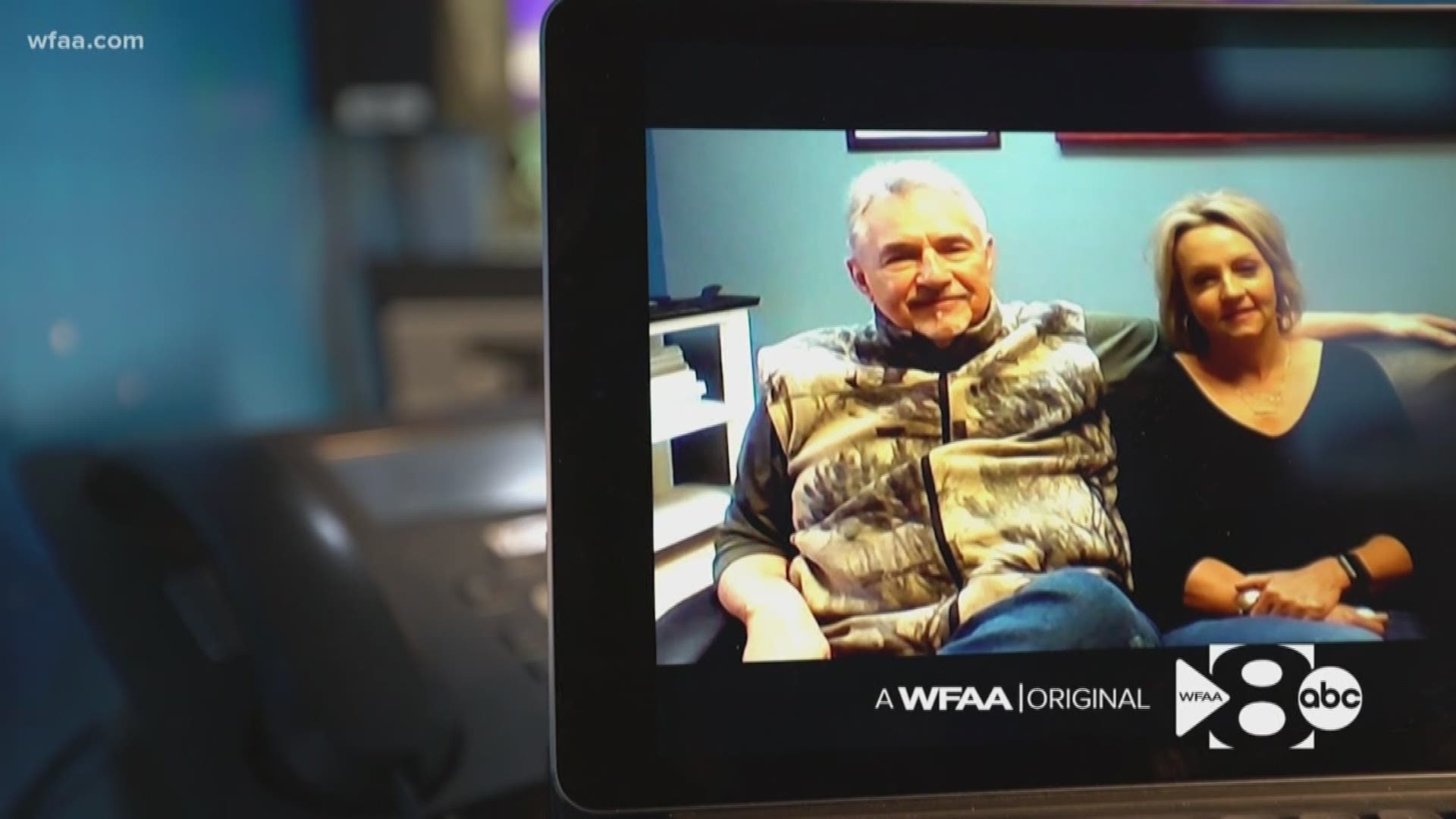 DALLAS — After we aired a story several weeks ago showing how home DNA test kits are unearthing family secrets around the world, we were contacted by more people with similar stories to tell. This one however, arrived with a happy ending.

The DNA story Catherine St. Clair told me was a doozy. One of those home test kits delivered a bombshell. Her dad was not her biological dad. Somebody else was.

The revelation rocked her very existence.

"Oh God," she told me from her home near Houston. "You have no idea."

She'd become an NPE, what geneticists call a DNA test with a "Non-Paternal Event." She prefers to call it "Not Parent Expected."

And in her creation of an online support group, NPE Friends Fellowship, she found there were thousands more across the world just like her: people with strands of DNA and family secrets being unraveled one test kit at a time.

Which took me to Irving to meet Susan Chambers, who told me she had a doozy of a DNA story to tell too: a story her mom told her from a very young age.

She was adopted at birth. Her adoptive mom was a nurse in the same Amarillo hospital where she was born. And her adoptive mom always told her the story her biological mom shared. A story about a train.

"She was very honest and open with me."

As the story goes, it was 1966. Chambers' biological mother was traveling alone on a passenger train from California. Alone, until a Marine on two-week leave from Vietnam strolled by and said hello.

"The train ride was supposed to be a relaxing time for him," she said. "And I was conceived on a passenger train in 1966."

"Just someone that she never heard from again," I asked her.

Nine months later in Amarillo, given up for adoption immediately at birth, she never knew who that stranger — that mystery Marine — might be.

"I just assumed I would never find him because I had no name or anything to go on other than I knew he was a passenger on a train in September of 1966."

Which takes us to one of those home DNA test kits again. One that told Chambers she was closely related to a young man in Michigan. And in the flurry of emails they threw back and forth at each other, the man realized his grandfather had been a marine Marine in the Vietnam War. Could that man be Susan Chambers' dad?

Earlier this month Chambers traveled to Michigan. I dialed her up on Skype. And sitting beside her was a man named Bob Dakin: the Marine on the train.

"And I readily admitted to her that as soon as she relayed the story to me about the train ride, yeah, I knew it was me," Dakin said. "I met her birth mother in the club car drinking beer. And we shared four or five days together on the train."

"What did he tell you?" I asked Chambers in our interview at her office in Irving. "That he had no knowledge of you, he didn't know you existed?"

"Exactly. He had no clue," she said. "I was a big surprise. And something he had to work through too."

"It was a shocker, don't kid yourself," Dakin admitted. "I had a hard time dealing with it. Just the emotional side thinking about all those years. Don't get me emotional now."

Emotional because yes, there is regret that neither dad nor daughter knew each other existed. But for them now, it's a DNA NPE story with a happy ending.

"Well, I call her daughter and she calls me dad."

Susan has her dad, has a new family, including four brothers and sisters.

"We love each other, that's the good part," she said.

Back in her office in Irving, Chambers now has a picture of her father, the man whose eyes and nose and likeness she shares, in a picture frame that says "When we have each other we have everything."

"Fifty-two," Susan said, correcting her dad as they both laughed.

"It's been a beautiful time, it really has. And I'm so thankful," Dakin said. "God works in strange ways."

Yes he does. But then again, so does DNA.

Watch another DNA story in this video or in the player below.