Their lives were turned upside down because of a DNA test. Family secrets can't stay secret forever

One woman thought she was alone in finding out through a DNA test that her 'father' wasn't her real father. Turns out, it's more common than you think. 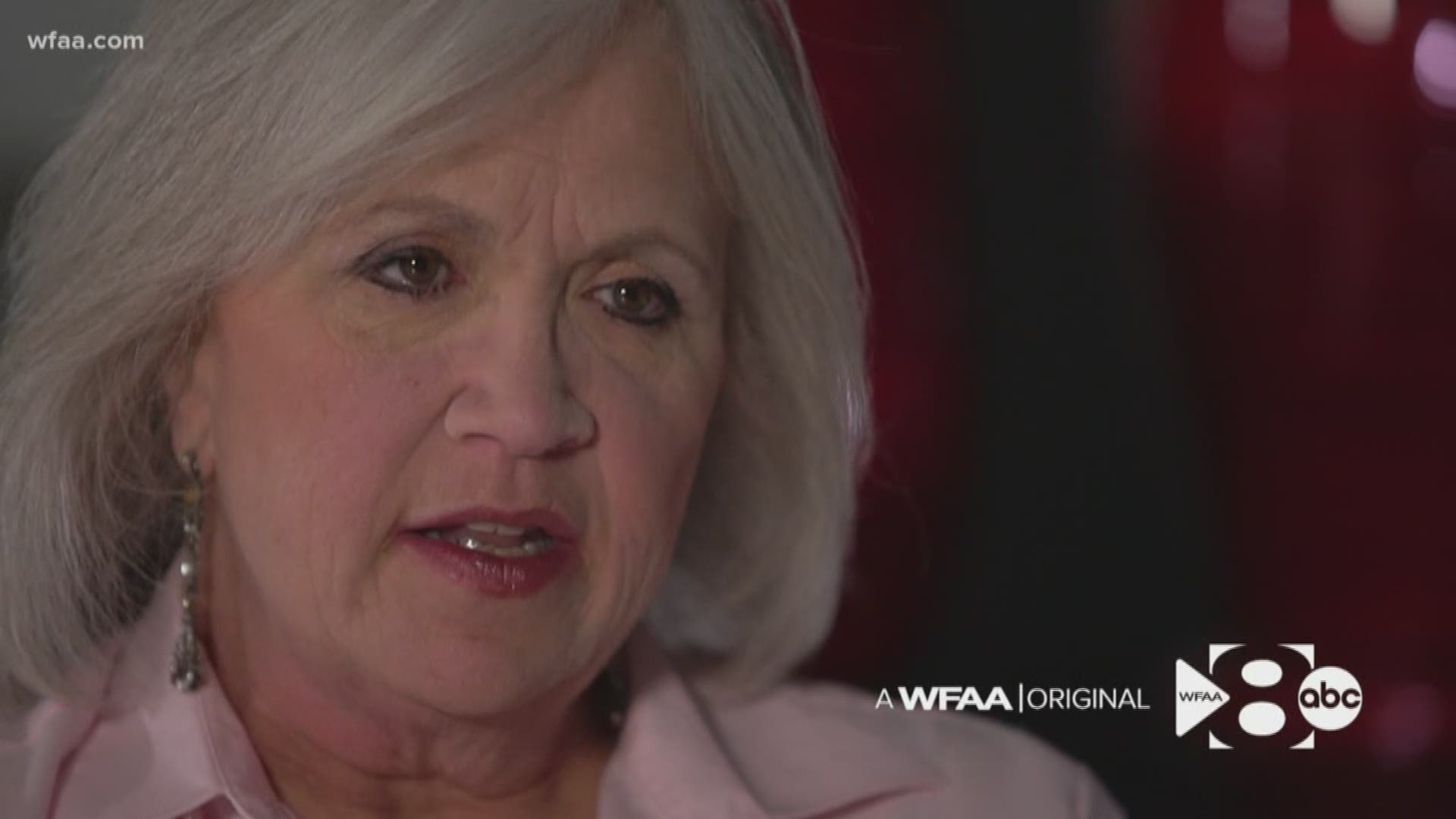 THE WOODLANDS, Texas — Across Texas, and across the world, people curious about their ethnic and racial heritage are finding the genealogy answers they are searching for with the help of an at-home DNA test kit. But by the tens of thousands, they’re also opening their own version of Pandora’s Box.

"It's like an earthquake has cracked your foundation, and you lose your footing,” Catherine St. Clair from Conroe, Texas said. “And it takes you a little while to figure out how to balance yourself again."

“This rocked your world?” I asked her.

When she compared her DNA test results with those of a sibling when they came back from Ancestry.com, the centimorgans that measure genetic linkage did not match those of her own brother. The test results showed, without question, that she and her brother did not have the same biological father.

"I'm number five of five children,” she said. "This was number two of those five that had taken his test. And I didn't realize, my heart was pounding so hard, that I was holding my breath,” she said recounting the day last year that changed her life forever.

St. Clair was now what people who study DNA call an NPE, someone who got a result of "Not Parent Expected."

"I am still shocked,” she said of the result and of what happened next. She quickly discovered that she wasn't alone.

"I couldn't believe it. I don't have any words to describe it," Janell Callihan said.

Callihan was one of the first St. Clair found. Callihan had always wondered why she was a foot taller than all of her brothers and sisters.

"And in all the family pictures I'm always the one on the end, or the one in the back row,” she joked. “I don't even know what it's like to stand in the front row of a photo."

A DNA kit had unraveled her family secret too. Her dad wasn't her biological dad either.

"I believe my mother knew. Just because growing up sometimes, I mean my mother was 5-foot-one. I would catch her just looking sideways at me. And I'd look at her and she'd just kind of shake herself out of it and smile and I'd say 'What are you staring at?' It was just a look of, like, 'Wow.'"

“Then you believe she knew?” I asked her.

“I'm positive. How could she not know?” Callihan said. "I mean it just happens. I'm sure like it's happened to a lot of people.”

Callihan and St. Clair didn’t know just how right they were about that.

"And I was so thankful to meet somebody else because I felt like a freak. And she did too,” St. Clair said.

When St. Clair started a Facebook support group, NPE Friends Fellowship, from her home near Houston she started asking if there were other “freaks” out there just like herself and Janell.

"And I had this fantasy in my mind, wouldn't it be wonderful if I could find as many as 12,” she said.

There would be many more than just 12. NPEs just came out of the shadows by the thousands.

It's an unintended consequence of the DNA test kit industry that has become so common that authors like Dani Shapiro already have their own stories in print.

"Every day of my life I was told that I didn't look Jewish,” Shapiro told me during a recent book tour through Dallas. A DNA test kit changed her life too.

In her book "Inheritance" she tells how she found out her parents had trouble conceiving and went to a Philadelphia fertility clinic where the solution in the 1960s was to mix the father’s sperm with someone else’s and use the combined sperm to impregnate the mother. That way a dad could believe he was the father. Long after the dad who raised her passed away the DNA test proved he wasn’t her biological father at all.

"If you think of how destabilizing it is to actually have your roots pulled out from under you, there actually is a feeling of the ground isn't steady,” Shapiro said, describing the same earth-shattering feeling St. Clair experienced.

But as these family secrets surface, new connections are also being made. Shapiro found and met her biological father.

"It feels like I am cut from the same cloth as he is. And that is not something that I ever experienced with my dad," she said.

And she also tells the emotional story of an elder aunt, the sister of the dad who raised her, telling her that at least in her mind the DNA test results were of no consequence.

"She grabbed my hand and she said 'I have fewer years ahead of me than behind me and you are my brother's daughter. And you better not be letting go of me because I'm not letting go of you.' And it was one of the most powerful moments I've ever experienced in my life. Because the bond was so much greater than whether or not we shared blood."

Callihan found her dad too, discovering that he had once dated her mother, was in the military and got shipped off to Korea not knowing that she was pregnant with Callihan. So, Callihan’s mom quickly married someone else – the man Janell would assume her entire life was her “real” father.

"So she knew she was pregnant and knew she should probably get married,” I asked her.

“Yes, because it was 1961,” she said in reference to the social pressures her mom likely felt to avoid having a child outside of marriage.

"I think one of the most significant things about the whole DNA era right now is that this is going to completely shatter and reshape the way families communicate with each other,” St. Clair said.

St. Clair discovered that her biological father, who, like the parents who raised her, has since passed away, was someone her mom once worked with. She reached out to that family and now has new half-sisters who have welcomed her into their family.

But she also warns you that if you choose to take a DNA test to find your ancestry, be prepared for the potential of unwelcome surprises too.

"It's going to take away these family secrets because you can't hide them anymore."

Secrets unraveled one box, one strand of DNA at a time.

I also asked Ancestry.com if they would like to provide a comment for this story as a chance to provide guidance to future NPEs. St. Clair said an Ancestry.com representative calmly and politely guided her through her DNA results on the phone when she realized what the NPE result meant.

“Almost everyone who takes our AncestryDNA test finds something surprising as they embark on a self-discovery journey with us, and for most customers it’s something exciting and enriching,” an Ancestry.com spokesperson said. “But there are certainly cases where a discovery might be quite unexpected. We take our responsibility towards our customers – and the potential impact of complex discoveries – very seriously. We have a small, dedicated group of highly experienced representatives who speak to customers with more sensitive queries.”