Erectile dysfunction affects about half of middle-aged men. This procedure can help 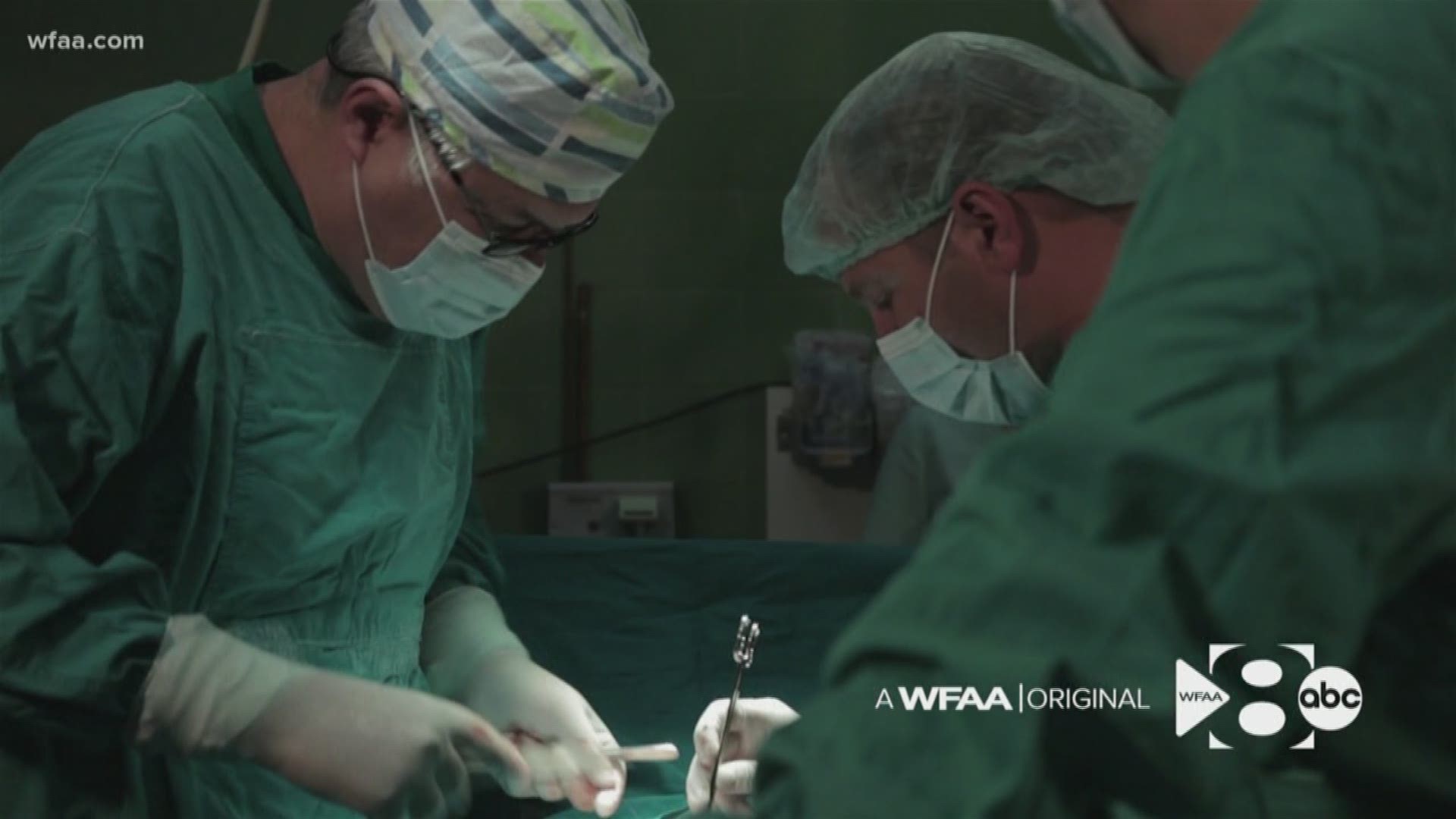 DALLAS — Rudy and Angela Herrera are in that newlywed stage of life.

The El Paso natives were brought together by a reunion.

“We went to high school together, and we never met each other,” Angela says, gazing at her husband.

The two dated and eventually decided to marry.

“We work very well together,” Angela says, gushing about married life with Rudy.

But early in their marriage, they ran into a predicament.

The couple found themselves working on a problem that they didn’t expect would arise.

“I kept thinking, that’s not what’s important at my age,” 59-year-old Angela said before her husband chimed in.

“She kept telling me it’s not important, but it was important to me,” Rudy acknowledged.

The Herreras are talking about a problem that a lot of guys would rather not openly discuss.

Doctors estimate that after age 40, about half of men will develop some degree of erectile dysfunction. The risk increases for men who have been treated for prostate cancer, with either surgery or radiation.

Rudy doesn’t fall into that category, but he is diabetic and has heart problems. Both of which Hudak said contribute to erectile dysfunction.

The other most common causes of erectile dysfunction in the United States include smoking, high blood pressure, and heart disease.

“These are all things that affect the small blood vessels of the body,” Hudak explained.

Rudy tried pills and injections. Those either didn’t work or felt uncomfortable.

“My VA urologist. He’s the one that brought it up to me,” said Rudy, who is a Navy veteran.

His doctor traced Rudy’s issue back to a military accident, then offered a solution: a surgical implant.

"Medicare covers it. The VA covers it," Hudak said. "It is very natural in terms of how it feels for the man and his sexual partner."

The implant is a hydraulic device. A small pump is placed into the man’s body. When squeezed, it transfers fluid into the implant to stimulate blood flow, putting a man’s experience back into his own hands.

“The surgery takes, on average, about an hour or so,” Hudak explained.

“Patients will commonly go home the same day. That being said, it’s not ready to use for sexual activity until it has been in place, fully healed for about six weeks from the surgery.”

This technology has been around since the 1970s, but it has evolved.

Innovations have largely eliminated some of the most common problems: mechanical malfunctions and infections.

“I tell men that most implants, on average, if used frequently will last somewhere between 10 and 15 years,” Hudak said.

Rudy has had his implant for almost three years now and calls it a game changer in his marriage.

“It works any time you want it,” Rudy said with a grin. “In that area, I feel like I’m 18 years old again. It made me happier in life; I’m not so uptight. I’m not tense all the time. Because you put a lot of pressure on yourself as a man. It’s like, oh man, again, you know? I didn’t satisfy her again.”

Now satisfied both in and out of the bedroom, the giddy couple is looking forward to many happy years to come.

“You’re raised in life thinking that to be a man, this is what you’re supposed to do,” Rudy said. “You’re supposed to take care of your wife in more ways than just financially. But when you get to the point where you can’t, it started to really bug me in my own head.”