Surprising email proves teaching kids has been worth it 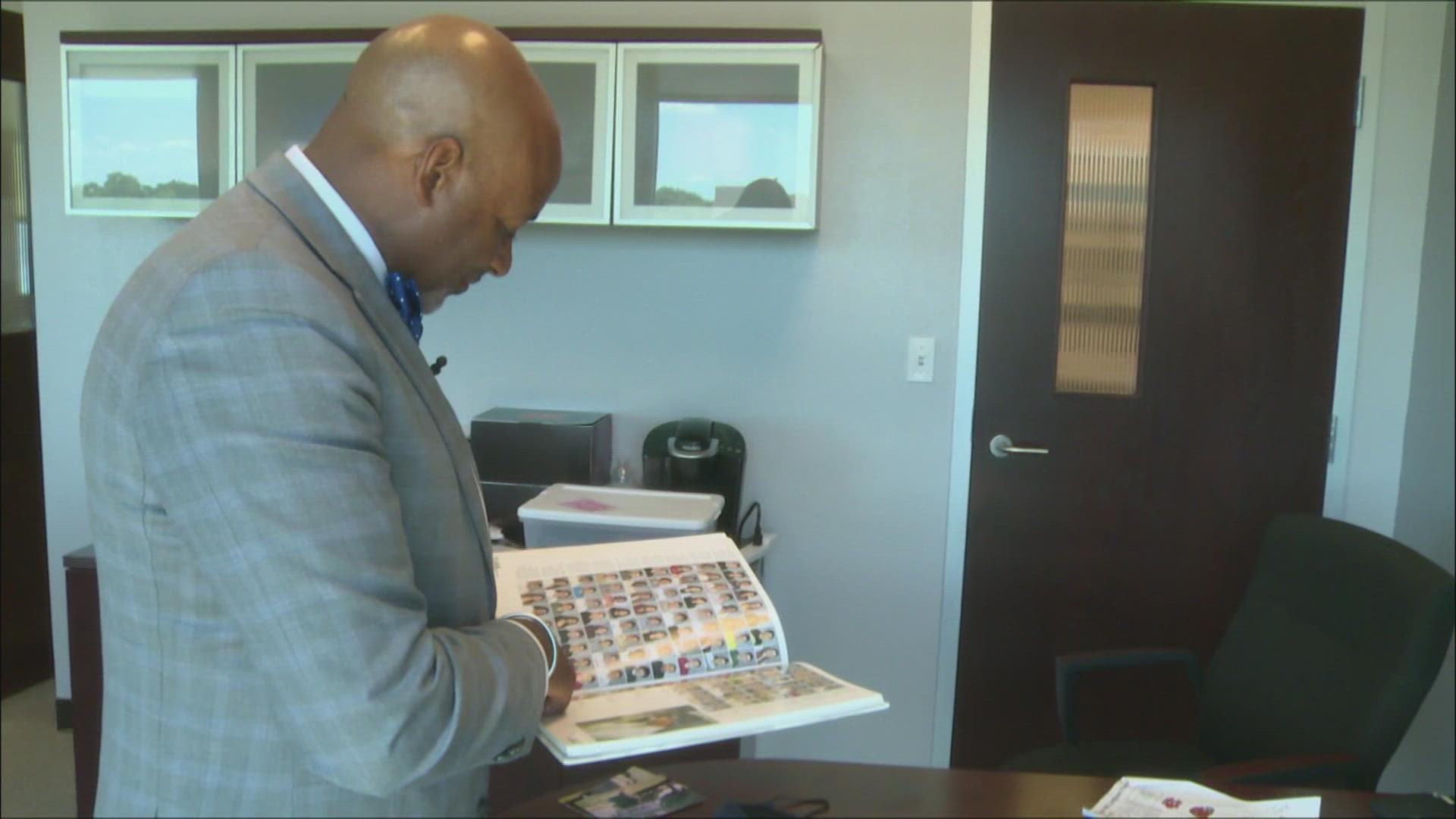 But he was caught completely off guard by an email he received a few weeks ago.

“It was definitely a surprise,” he said. “When you get something like that, it reminds you why you do what you do.”

The email was sent by a former student named Courtney Boykin.

Back in 2003, Dr. Hudson was the assistant principal at Naaman Forest High School in Garland and Boykin was checked out.

“I didn’t care that much and I didn’t understand why I should care,” Boykin said.

“She didn’t,” Hudson said. “She did not care being in school.”

Boykin was a freshman and thought school was a waste of her time. She didn’t see the point.

But Hudson saw something else.

“We have people that see the tree in the seed,” Hudson said. “That’s a concept that sometimes we see something in someone that they don’t see in themselves.”

Every time she ended up in his office, he encouraged Boykin, stayed on her and told her she had unlimited potential if only she would apply herself.

After graduating college and getting two masters degrees, Boykin was named teacher of the year and this year was promoted to assistant principal at George HS Bush Elementary in Dallas.

“All of these things that happened, happened because one person took me under his wing and truly believed in what he saw in me and what I didn’t see in myself,” Boykin said.

That’s why she sent that email. In it, she said she owed all of her success to Hudson.

Teaching is hard work, but Hudson says it’s worth it when you’re able to see the fruits of that labor.

And now she gets to grow new branches.