Azle residents find comfort in a stranger who's willing to listen

Will Norman started listening to others after what he says was the "hardest year of his life." 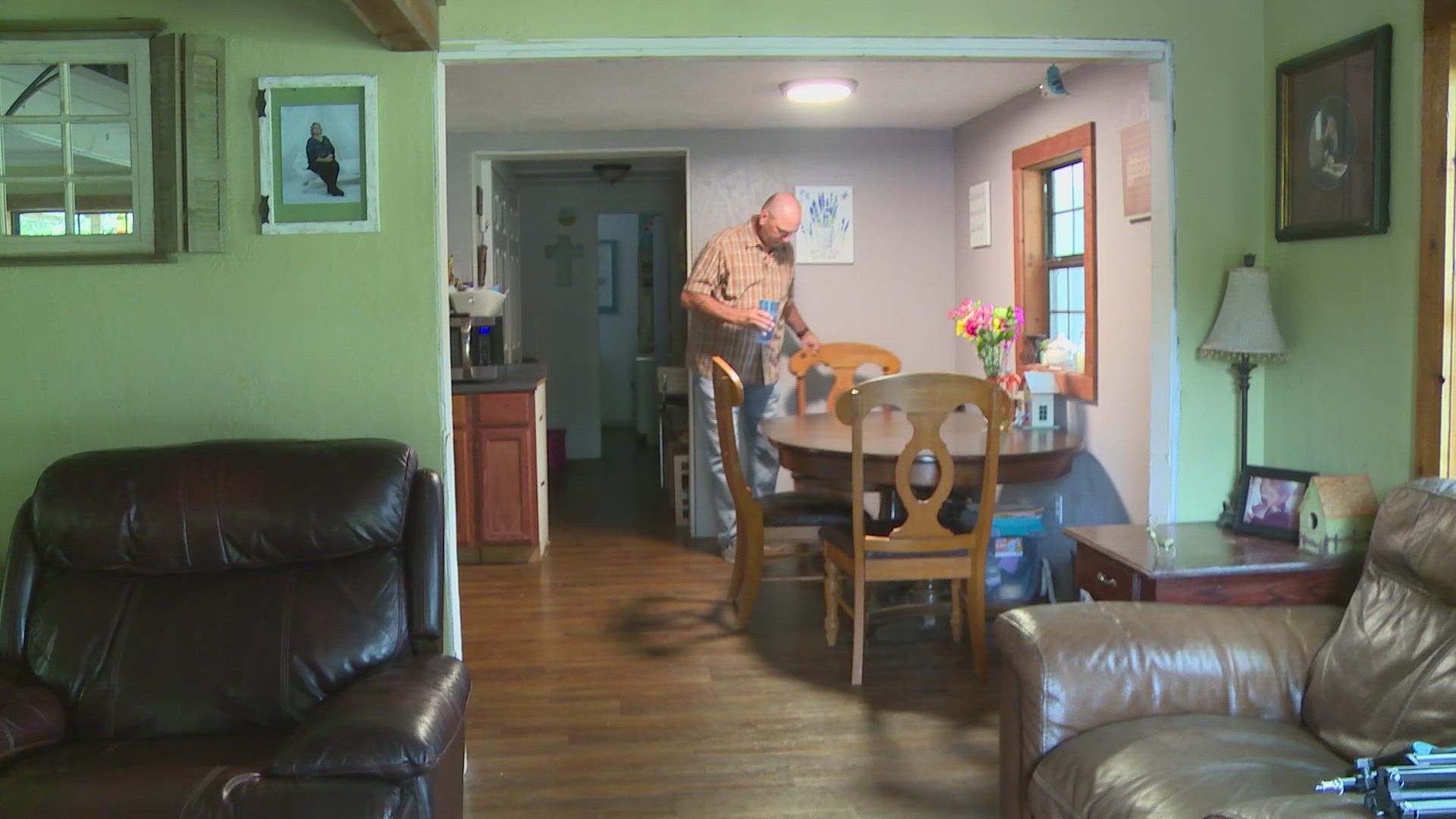 AZLE, Texas — It had nothing to do with the pandemic, but Will Norman says 2020 was the hardest year of his life.

He was struggling personally and just needed someone to talk to, but nobody would listen.

For this cancer survivor, it was the most painful time of his life.

Rather than wallow in self-pity, he took it as a sign to put up his own sign.

Under a banner that reads, “Need to talk? I’ll listen. Confidential/no judgment,” Norman offers to listen.

Pretty much every day, sometimes up to nine hours a day, he sits in the parking lot of the local liquor store in Azle and invites anyone who passes by to talk. He chose the spot because it’s one of the busiest intersections in town.

He’s been doing it for three months and people he doesn’t know have told him things he can’t believe. They talk about everything from cancer diagnosis to drug addiction to alcohol abuse.

Some people have wondered why passersby would share such things with a total stranger.

Norman isn’t a trained therapist, but, under his tent, he has become a trusted friend and companion.

He tells each person he meets the same thing: ‘No one can help everyone, but everyone can help someone.’

For many people, he’s heaven-sent.

“Anybody that’s willing to give up their time to help other people is a saint,” said one man who stopped by to talk.

Norman doesn’t know these people, and he'll never see most of them again. It made him wonder, was being out there really helping anyone? That’s when a man sat down and told him something he’d never forget.

“He said, ‘I was on my way to kill myself and I just saw you and I felt that I had to stop,’” Norman recalled.

Norman encouraged the man to get help and he did.

Norman said the man checked himself into the hospital and when he got out a week later, the first thing he wanted to do was say thank you.

It still brings a tear to his eye each time he recalls that story.

That moment was the confirmation Norman needed and also, the closure.

“Last year was the worst of times for me, but at the same time it was the best of times because it led to what I’m doing now,” Norman said. “It’s given me a purpose to do. A purpose in life.”

Everyone wants to be heard, but those who speak the loudest are those who are willing to listen.