Wanda Darr started working in this elementary school's cafeteria in 1978. 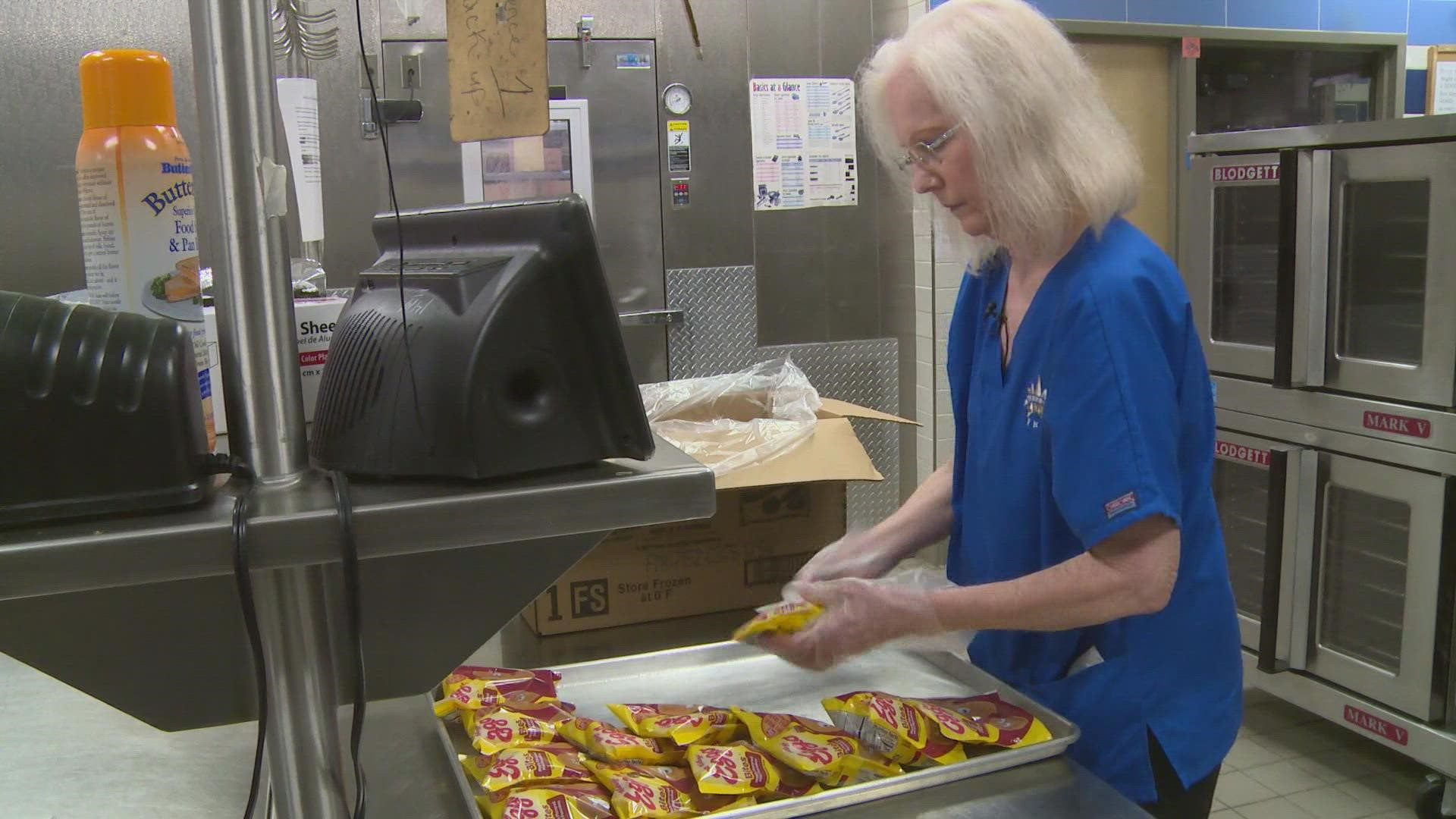 MESQUITE, Texas — Students at Florence Black Elementary in Mesquite are hungry to get back to school.

And Wanda Darr is there to feed them.

As a cafeteria specialist, Darr preps and serves food, just as she has done every day for the past 42 years.

How can anyone work in an elementary lunchroom for 42 years?

“I have a passion for higher education and I see in them a future and a hope,” Darr said.

Wanda started working at Florence Black in 1978. Her own kids were students at the school, and the job allowed her to be on their schedule.

They graduated and moved on decades ago, but Darr stayed.

She did it partly to help put her kids through college, but mostly for the other students she now considered family.

Her interaction with the kids is only a few seconds, but her impact lasts a lot longer.

“I remembered her immediately and I said, ‘Are you Miss Wanda?’” remarked Tyesha Simmons. “'Were you here back in the 90s?'”

Simmons was one of those students, and is now Darr’s boss.

She says when she was a student here in the 90s, Darr fed her a lot more than just lunch.

“I don’t remember the food much,” Simmons said. “Maybe free treat day. But overall her customer service and the way she interacted with students was amazing.”

“I think anyone can impact somebody’s life just by the kind words they say and the smile on their face,” Darr said.

In America, we make the mistake of thinking some jobs are more important than others. But Darr proves the most important job is yours.

“If you’re a blessing to some other person, you’ll receive your blessings back,” Darr said.

Turns out, feeding others will make your heart full.