REWIND: The fall, and pandemic revival, of drive-in theaters across Dallas-Fort Worth

Old WFAA stories preserved in the Jones Film Collection at SMU chronicle the slow decline of area drive-ins in the Dallas-Fort Worth area before COVID-19. 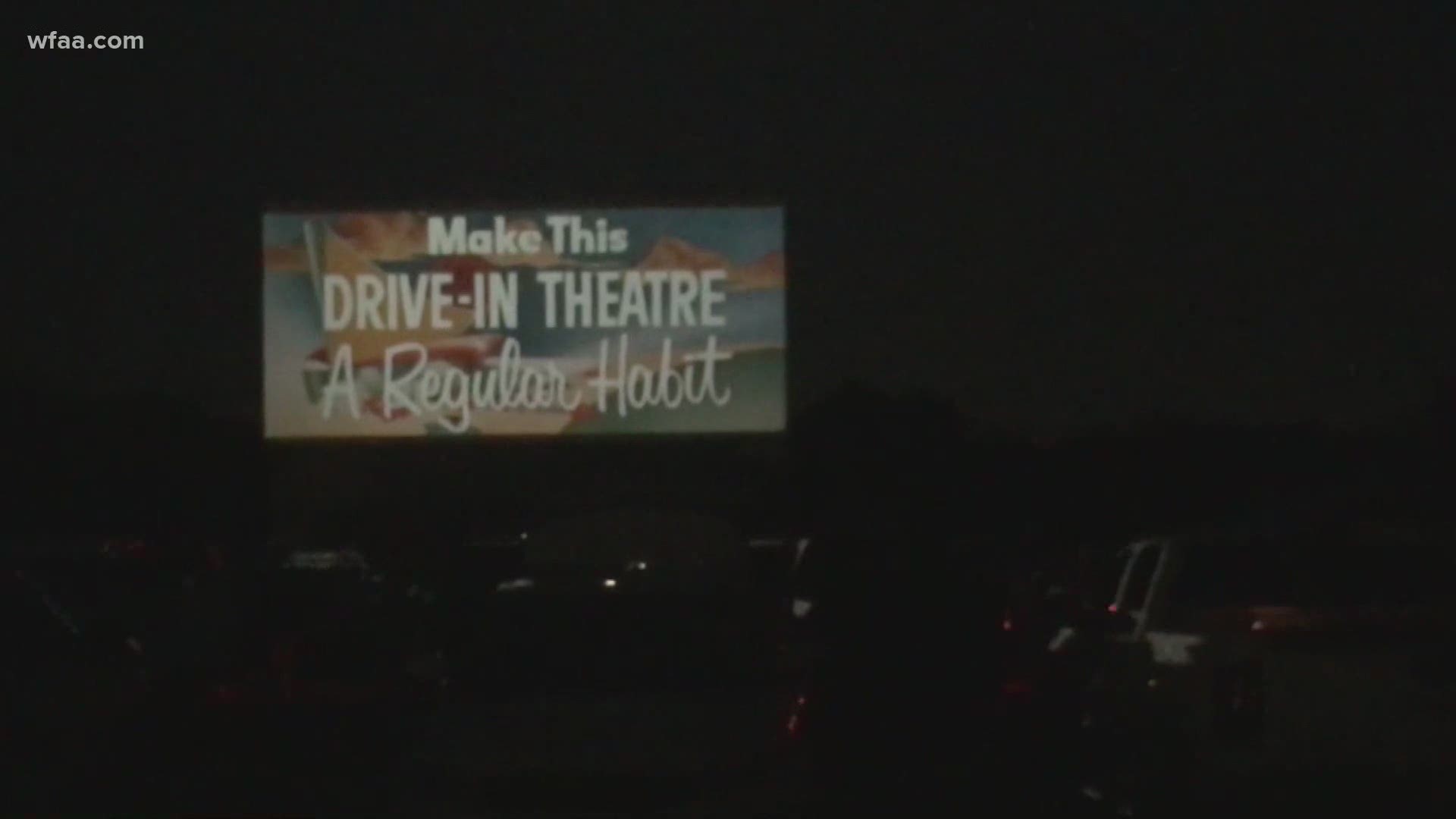 DALLAS — Movie theaters across the country are slowly reopening with new COVID-19 distancing measures, but the pandemic has breathed new opportunity into a movie-watching venue that recent generations have never experienced.

Drive-in theaters are seeing a resurgence of sorts across the country for people who want to watch a movie but from the safety and distance of their own vehicle.

AT&T Stadium hosted a drive-in series this summer, and Rooftop Cinema Club Dallas recently started movie screenings on a giant inflatable screen at the site of the short-lived “Leaning Tower of Dallas.”

But there are a precious few like Galaxy Drive-In in Ennis and Coyote Drive-In in Fort Worth that survived the decline of the drive-in theater, a phenomenon which exploded following World War II.

Old WFAA stories preserved in the Jones Film Collection at SMU chronicle the slow decline of area drive-ins in the Dallas-Fort Worth area.

One of the more popular theaters was the Chalk Hill Drive-In, once located near the intersection of West Davis Street and North Cockrell Hill Road.

Though a hit for decades after its opening in 1941, rising film and advertising costs made drive-ins less economical, and the land they occupied became more valuable.

The cement company that owned the land for the Chalk Hill Drive-In decided plant expansion would be a better investment and the drive-in was demolished in 1972.

Another factor working against drive-ins was daylight. A 1968 WFAA story shows drive-in theater owners tried to fight against daylight saving time after it was adopted in 1966. The extended daylight hour cut into profits for a business that needed darkness to show movies.

But it was a much different dilemma in Azle, where people were petitioning to stop movies at the Eagle Mountain Drive-In.

The theater was showing adult movies and, as the 1972 WFAA story put it, parents were not happy their kids could sneak a peek at the “torrid love scenes” on a big screen one could see from far away.

While the pandemic might provide only a brief window of opportunity for drive-ins to shine once again, it will give younger generations a chance to experience movies the old-fashioned way.

And perhaps revive some memories in older generations who lived during the golden era of drive-in movie watching.