Now, his business is focused on serving up Sicilian-style square pizza slices. 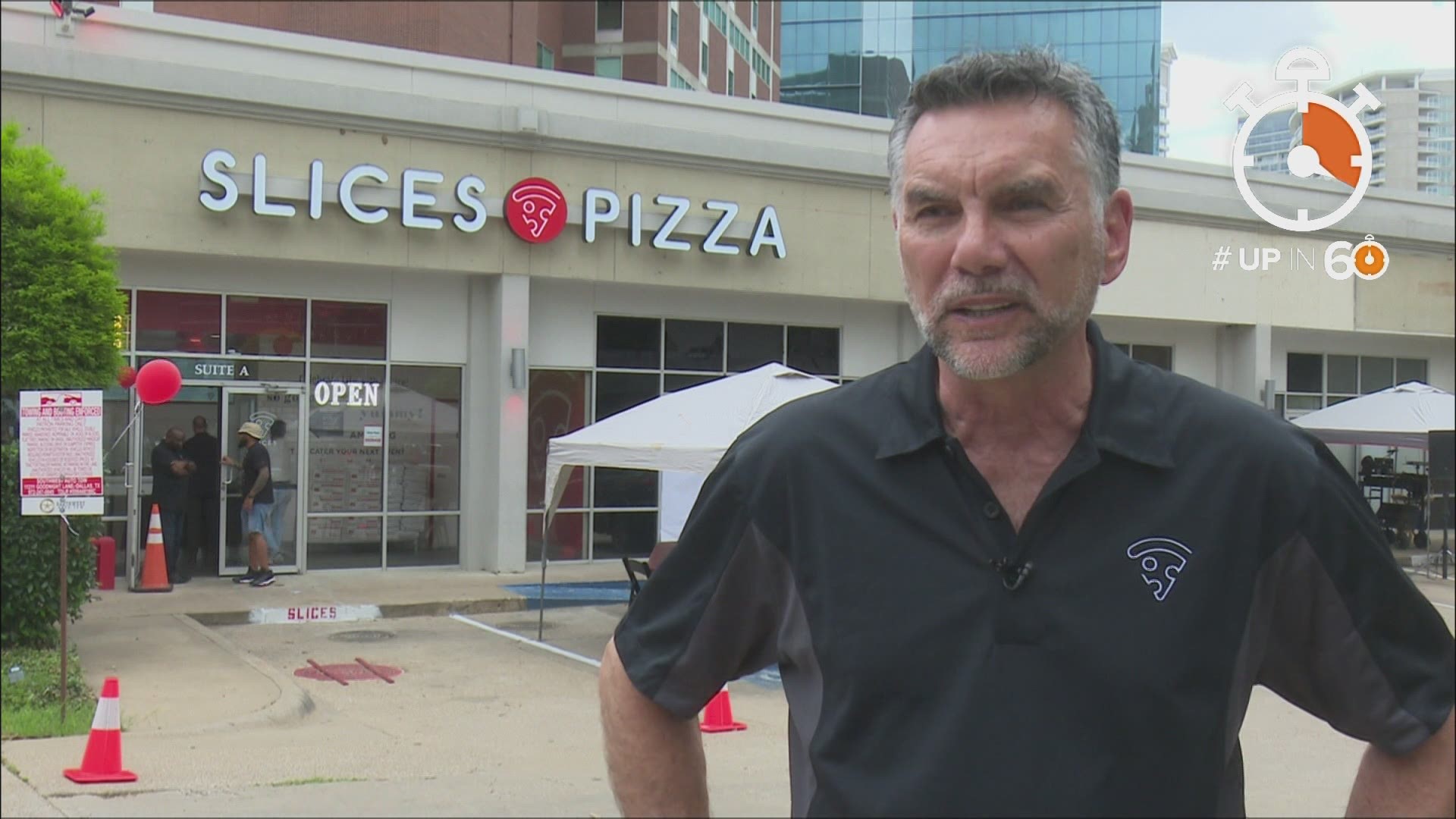 DALLAS — A new pizza spot in Uptown Dallas has an owner with an offer you can’t refuse.

Michael Franzese is co-owner of Slices Pizza and was in Dallas over the weekend to help open their first franchised store in Texas. A much different business venture than the one he was part of in a previous life.

“I do not know of anyone that has been able to walk out of (mafia) life and not enter witness protection,” said Franzese.

As a former mob boss for the Colombo crime family, Franzese was a “made man” in the mafia until ultimately walking away from the mob after pleading guilty to federal racketeering charges in the 1980s. His decision to leave resulted in members of the organization he left behind putting contracts on his life.

But that life is behind him now.

“Legit is the way to go, those were the good ol’, bad days.”

These days, in addition to his business serving up Sicilian-style square pizza slices, Franzese is a motivational speaker who talks about the lessons learned from his time in the mafia.

He has also become a YouTube sensation for his videos examining the mob life, including a popular series called “Mob Movie Mondays” where he reviews a mobster movie and helps separate reality and fiction.

Franzese has also written several books about his experiences in the mob. To learn more about his journey, click here.