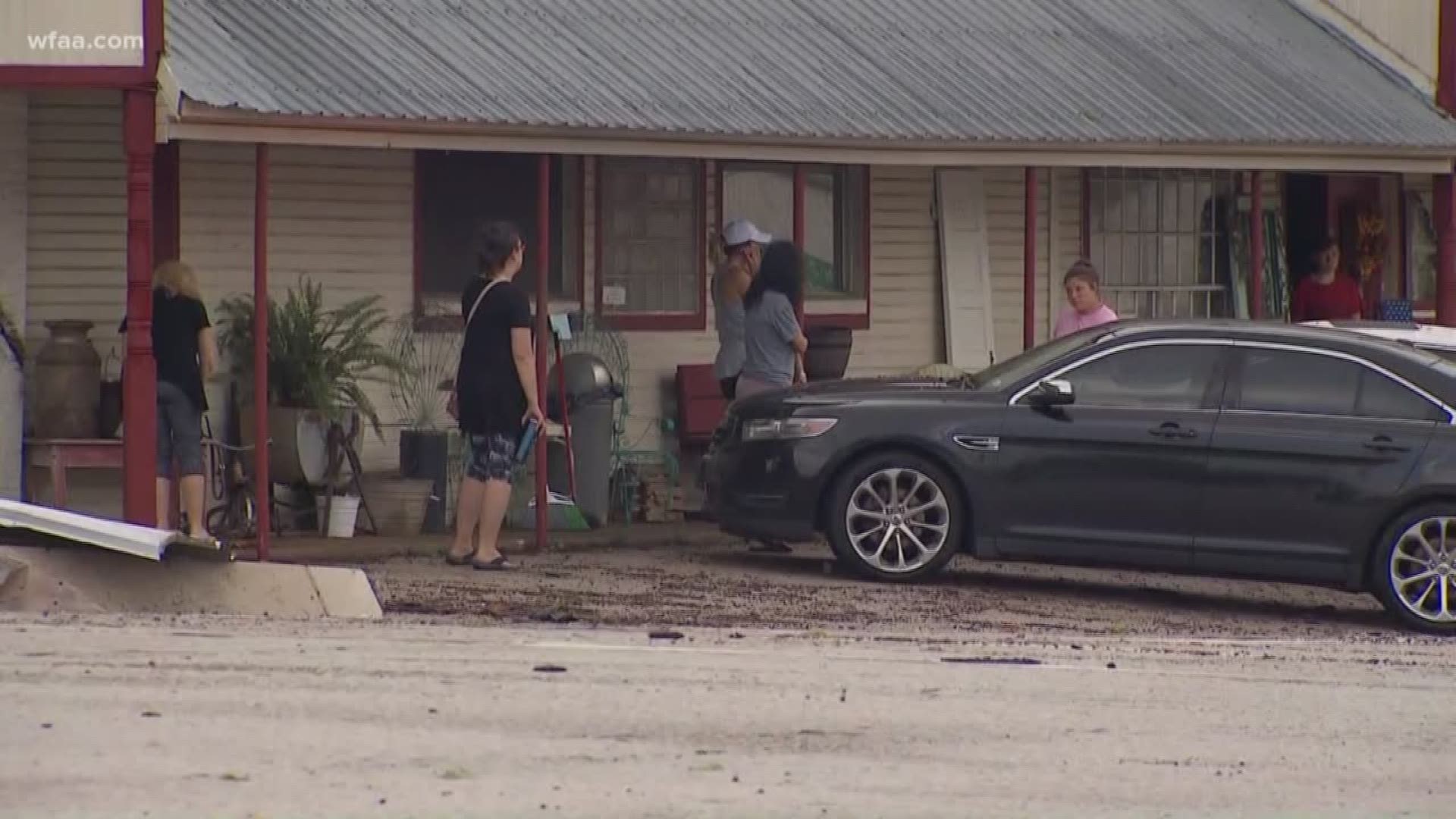 KEMP, Texas — Homeowners in the Cedar Creek Country Club community will be looking at extensive cleanup after a possible tornado touched down in the area Wednesday afternoon.

A number of videos confirm that the tornado touched down, but the National Weather Service still hasn't made their confirmation as of yet.

According to Sheriff Bryan Beavers, 15 homes were impacted by the severe weather.

Around five homes were heavily damaged, and at least two were total losses.

Those two homes are right next to the shore of Cedar Creek Lake off of Legg Drive.

Dozens of trees were downed during the storm, many of them massive and split at the stump.

A number of them could be seen on the fairways of the golf course.

Downed power lines were also an issue and kept homeowners on Legg from entering their houses to check for damage for hours Wednesday.

Beavers said that no serious injuries were reported, only one minor one.

He added that county personnel will be in the area to help clean up well into the weekend.

The American Red Cross was also assisting as of Wednesday.

1 / 12
WFAA
May 30, 2019: An aerial view shows extensive damage to homes and buildings in Kemp and Mabank, Texas after storms traveled through the area Wednesday.