For the first time this year, D-FW officially hit 100°. This will be the first of many more days in the triple-digits this week. 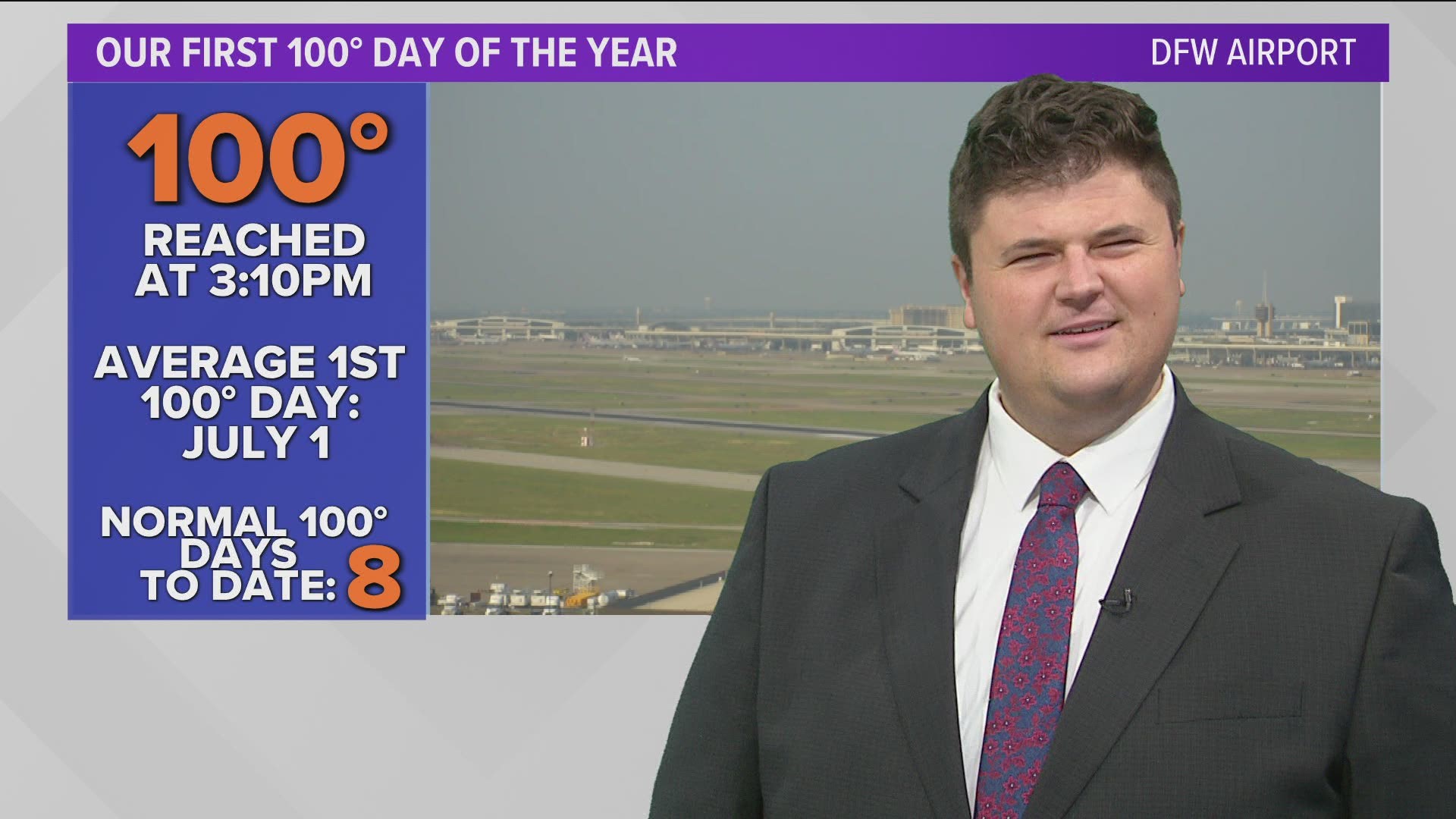 For the first time this year, DFW officially hit 100°. This will be the first of many more days in the triple-digits this week.

A "mild" summer so far

Let's first talk about June. It wasn't an awful month in North Texas. We only hit 99° twice, and the average temperature for the entire month ended up only 0.2° above normal. So, let's just call that normal.

July has been interesting. Only two days so far, saw a high temperature above normal, and that was the first day of the month and the 24th. Every other day has recorded a below-normal high temperature. And over the next several days, we expect many more.

That's pretty impressive for us! But check out the next several days.

On average, DFW's first triple-digit day is July 1st. We'll be running behind this year by at least three weeks.

How easily we forget (yeah, even the meteorologist forgot), it wasn't that long ago when we saw our first triple-digit day this late in the season. Back in 2019, our first 100° day didn't hit until July 30. It seems likely we won't be waiting that long this year.

Here are some more statistics about 100° heat you can use to impress your friends at your next dinner party.

Did you see that statistic above about the average last 100° day? Yeah, Aug. 26. Buckle up, North Texas! The REAL summer is on the way.