'Cobblestone ice' will make a return to North Texas in the next few days. Here's what that means

Many North Texans remember the term "cobblestone ice" from 2013, but it won't just be a memory anymore. It's going to be a problem again this week. 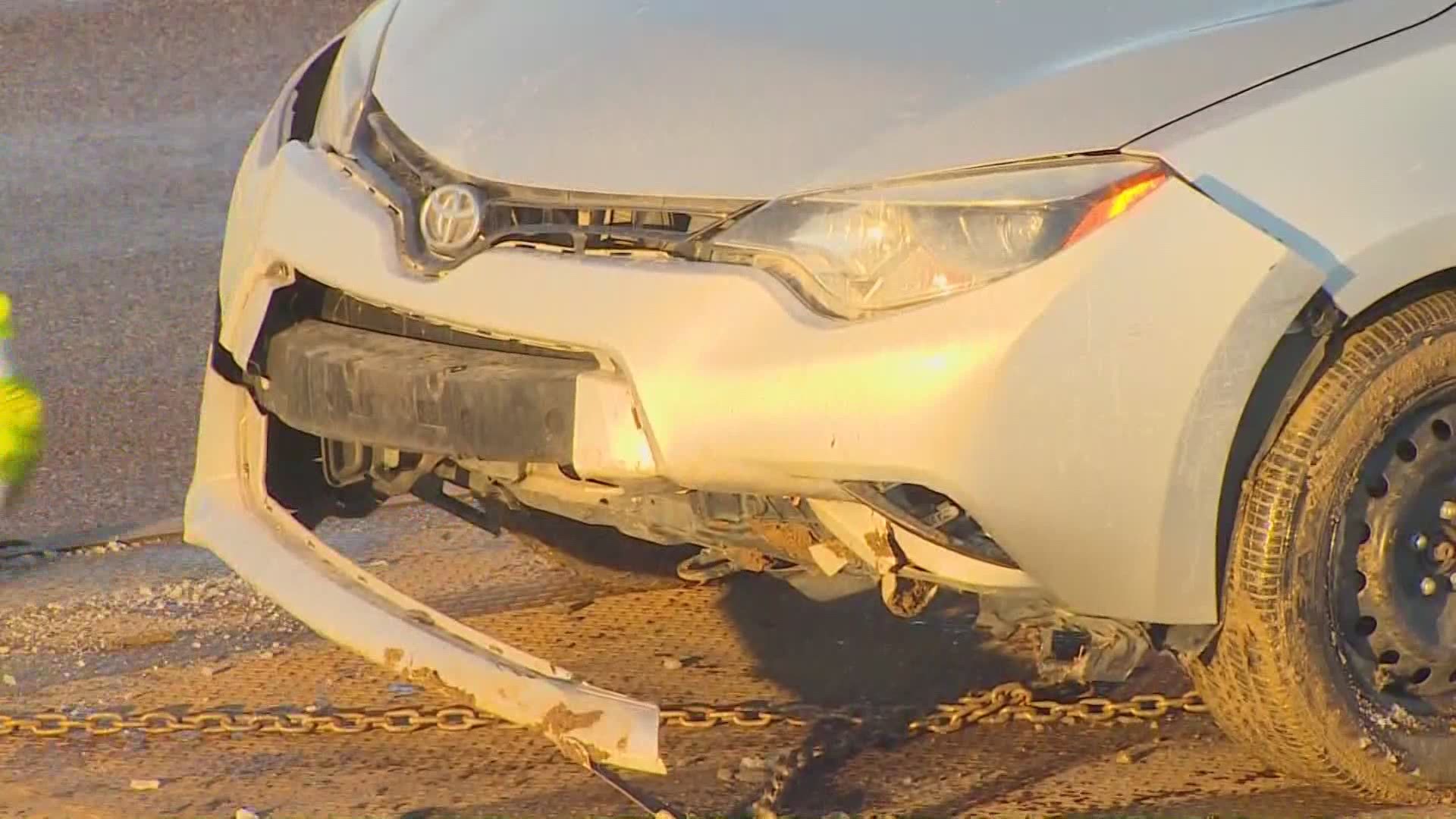 The worst of the wintry weather may be behind us, but the worst road conditions are still yet to come across North Texas.

Many North Texans may remember the term “cobblestone ice” from back in 2013 when roadways were a nightmare. It was all because of these rock-hard formations on the roads.

Credit: WFAA
Vehicles struggle on cobblestone ice during the morning commute in North Texas on Dec. 9, 2013.

What is 'cobblestone ice?'

Well, it isn’t quite like the pretty cobblestone streets in historic Northeastern towns.

Normally when a winter event is over, and the temperature warms above freezing, the snow/ice melts and we move on.

But when we deal with days of partial melting and then refreezing, because the temperatures drop back below freezing, we start to see these rock-hard formations. And we're about to have that happen here in North Texas.

"Cobblestone ice" is the combination of tire compaction, melting/re-freezing and sand treatment that transform frozen precipitation into dangerous frozen ruts and potholes along the roads and sidewalks.

In some places these can become several inches deep and cause driving to be super bumpy-- it'll give you quite the jolt if you drive across it. They can also be treacherous for anyone on the road. 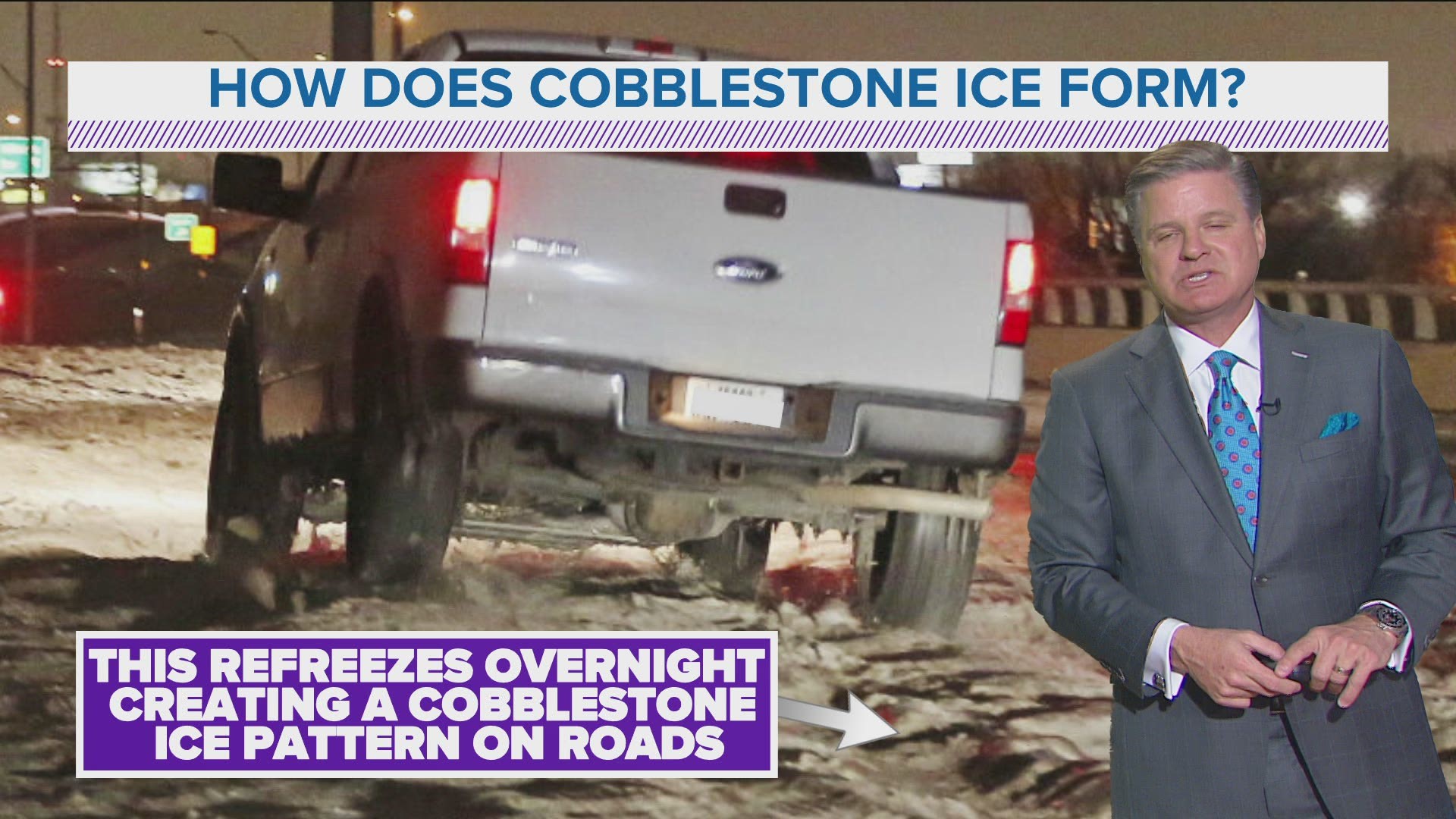