American Airlines lost more than $2 billion in its most recent quarter. 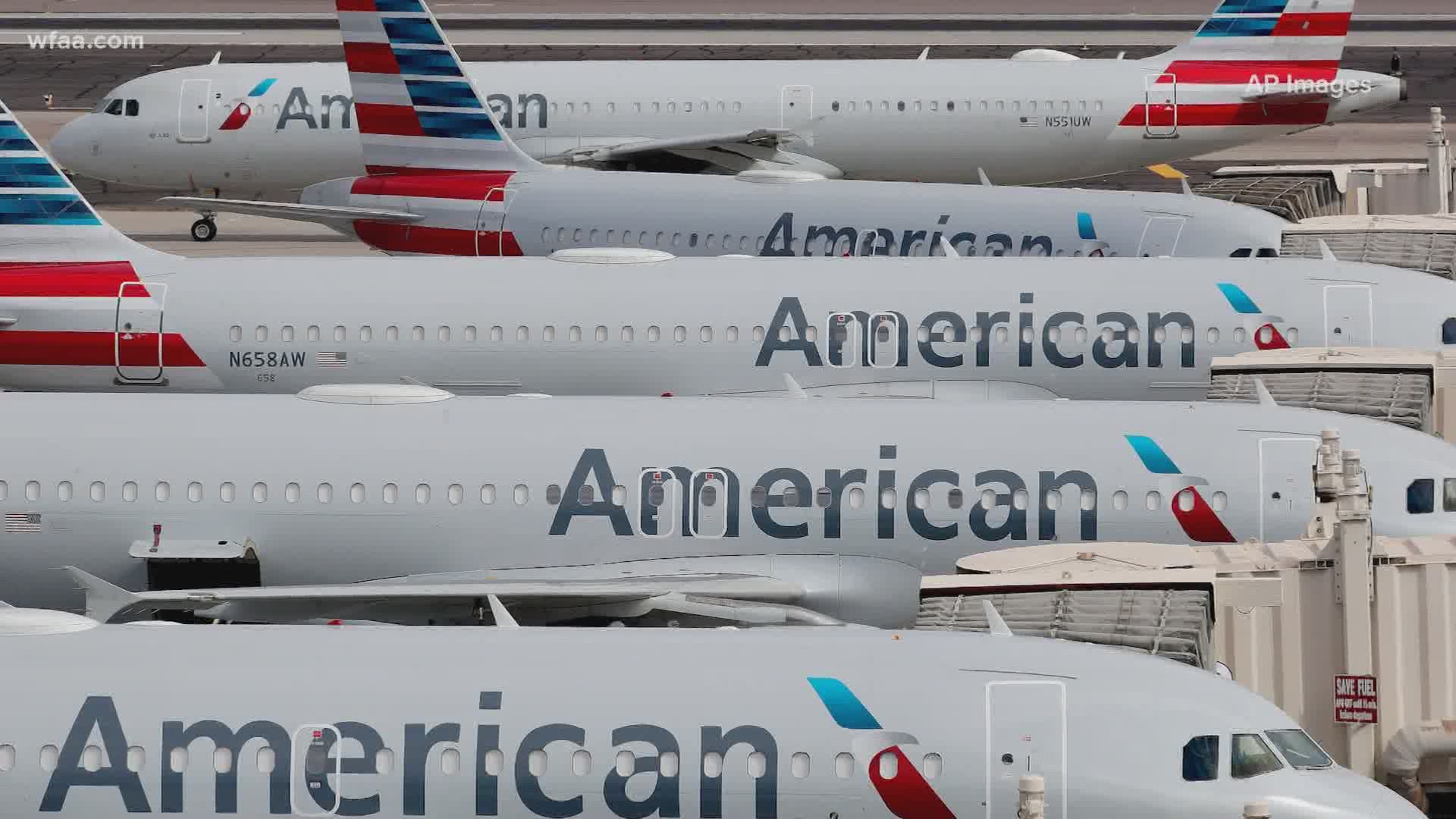 Fort Worth-based American Airlines says it will furlough or lay off 19,000 employees in October as it struggles with a sharp downturn in travel because of the pandemic.

Flight attendants will bear the heaviest cuts, with 8,100 losing their jobs. The numbers announced Tuesday are in addition to 23,500 employees who accepted buyouts, retired early, or took long-term leaves of absence.

NEW: Fort Worth-based @AmericanAir announces it will have to lay-off 19,000 employees systemwide when the CARES Act requirements expire on Sept. 30... including:

U.S. air travel has recovered slightly since April but remains down 70% from a year ago, and carriers say they need fewer workers.

In March, passenger airlines got $25 billion from the government to save jobs for six months, but that money and a ban on furloughs both expire Oct. 1.

Last week, American Airlines announced it will drop flights to 15 smaller U.S. cities in October when a federal requirement to serve those communities ends.