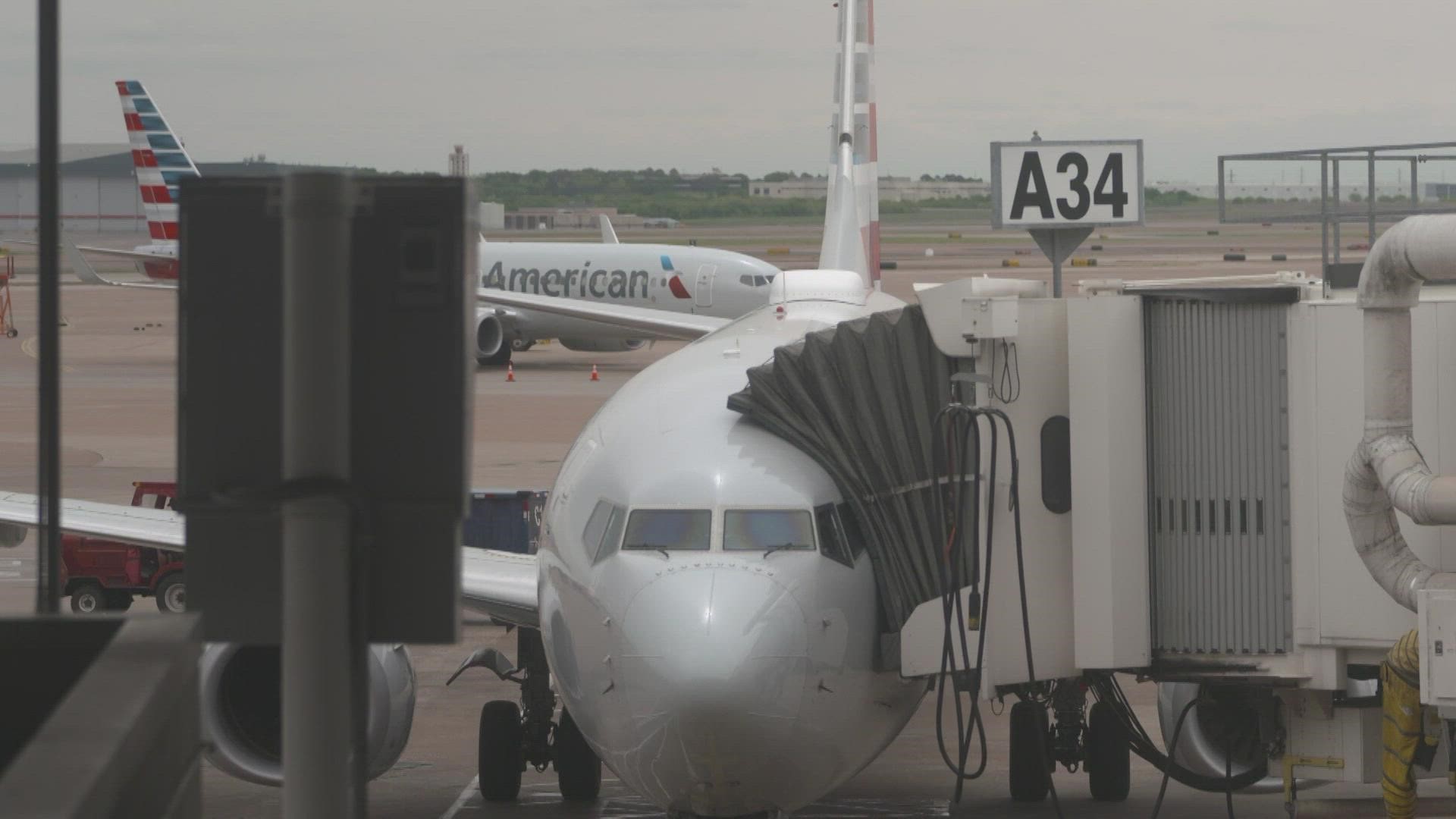 DALLAS — The union that represents American Airlines' 15,000 pilots is asking the federal government to allow for exemptions or an alternative to a potential vaccine mandate from President Joe Biden.

An exact roll out of the plan has not been released, but airlines are already feeling the pressure about potential ramifications.

"We’ve been getting input from the membership, and we’ve received even more input since September 9th," Captain Eric Ferguson, president of the Allied Pilots Association, said on a podcast produced for the union and its members.

The union's senior director of legal affairs, Jim Clark, was also on the episode and said the union isn't clear yet about whether the airline is considered a federal contractor, meaning all employees would be required to get the vaccine or if the airline would fall under the category of businesses with more than 100 employees.

In a letter sent to members of congress and the White House, Ferguson stated that there a number of reasons pilots don't want to get the vaccine, including not being able to fly if they suffer from vaccine side effects.

In part, the leader reads:

"As you are aware, pilots are held to unique physical fitness standards in order to maintain our medical certificates by virtue of the requirements in Part 67 of the Federal Aviation Regulations. Consequently, unlike the great majority of other occupations, our careers can summarily end due to a wide range of medical conditions."

The FAA also prohibits pilots from flying within 48 hours of receiving each dose of the vaccine.

Despite data showing the severe reactions to the vaccine being rare, Ferguson said many pilots fear losing their licenses or ability to work if something goes wrong.

“We are not pro or anti-vaccine," Ferguson said on the podcast. "We are not anti-vaccine mandate necessarily, but as it pertains to your job, you need to have the option to not get vaccinated.”

In his letter, Ferguson requested for pilots to have the option to either get weekly tests or be able to prove natural immunity.

"Our pilots have shouldered an elevated risk of illness from the start of the pandemic, including well before the vaccines became available. And we are hopeful that our contributions are recognized and accounted for as we seek approval of an alternate means of compliance and an operationally feasible implementation period."

Delta Airlines announced that 82% of its employees are vaccinated after the company offered both an incentive to get vaccinated and a $200 penalty for unvaccinated employees.

United Airlines, which implemented a vaccine mandate for its employees, announced 99% of employees are vaccinated and the company is working through exemption claims as well as preparing to fire the less than one percent of employees that did not get the vaccine.

With the holidays approaching, the industry's busiest season, Ferguson said airlines and travelers "cannot afford" to lose a large portion of its pilots if they're forced to require vaccines, especially within a 60-day window.

"In a situation where we became instantly short say 10 or 15%, on manning, the viability of this company would be at risk," Ferguson said.

American Airlines also did not respond to WFAA's request for comment on this story. 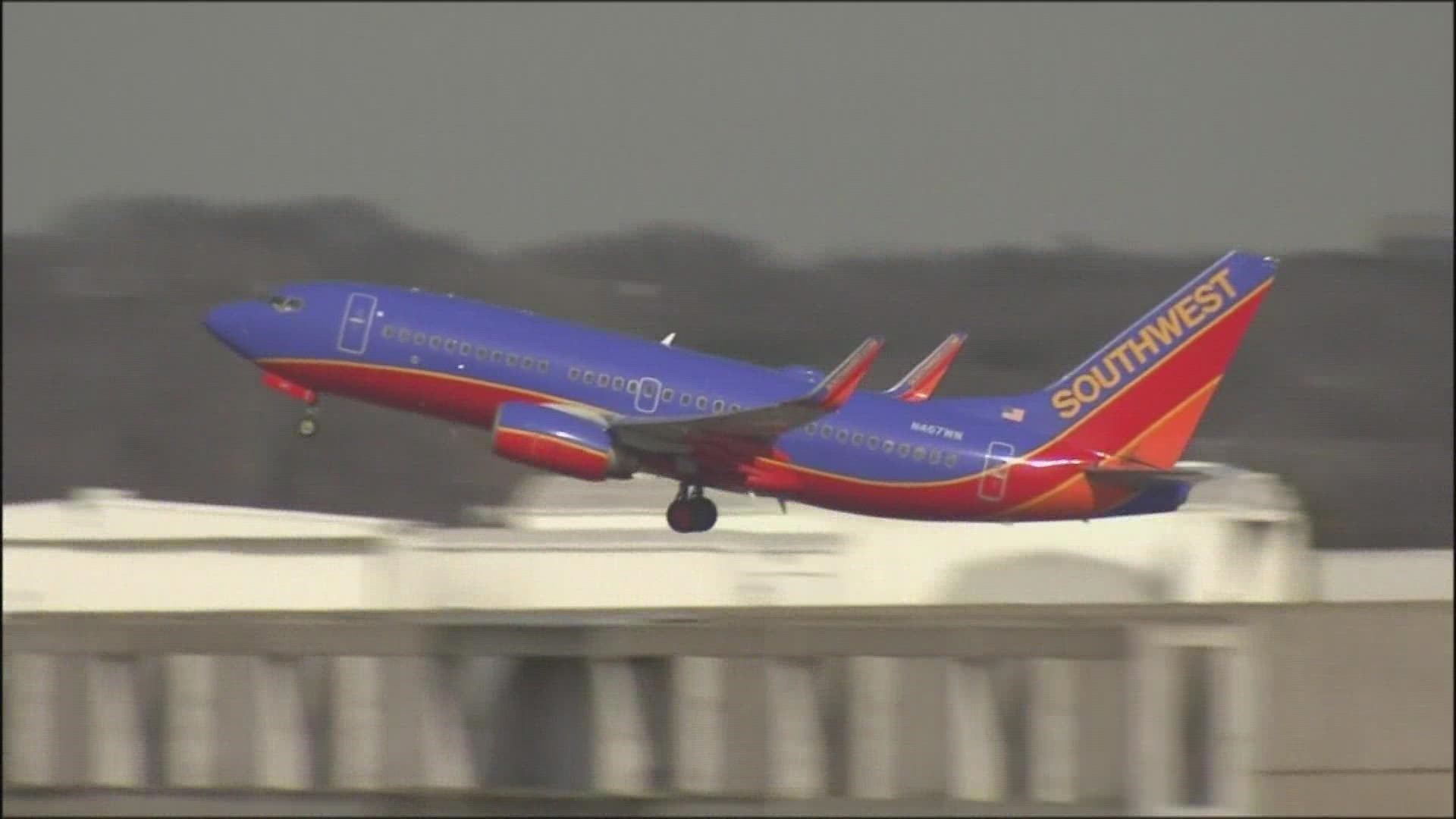