Loop 12 was entirely shut down Sunday afternoon due to high water, and other areas have reported storm damage. 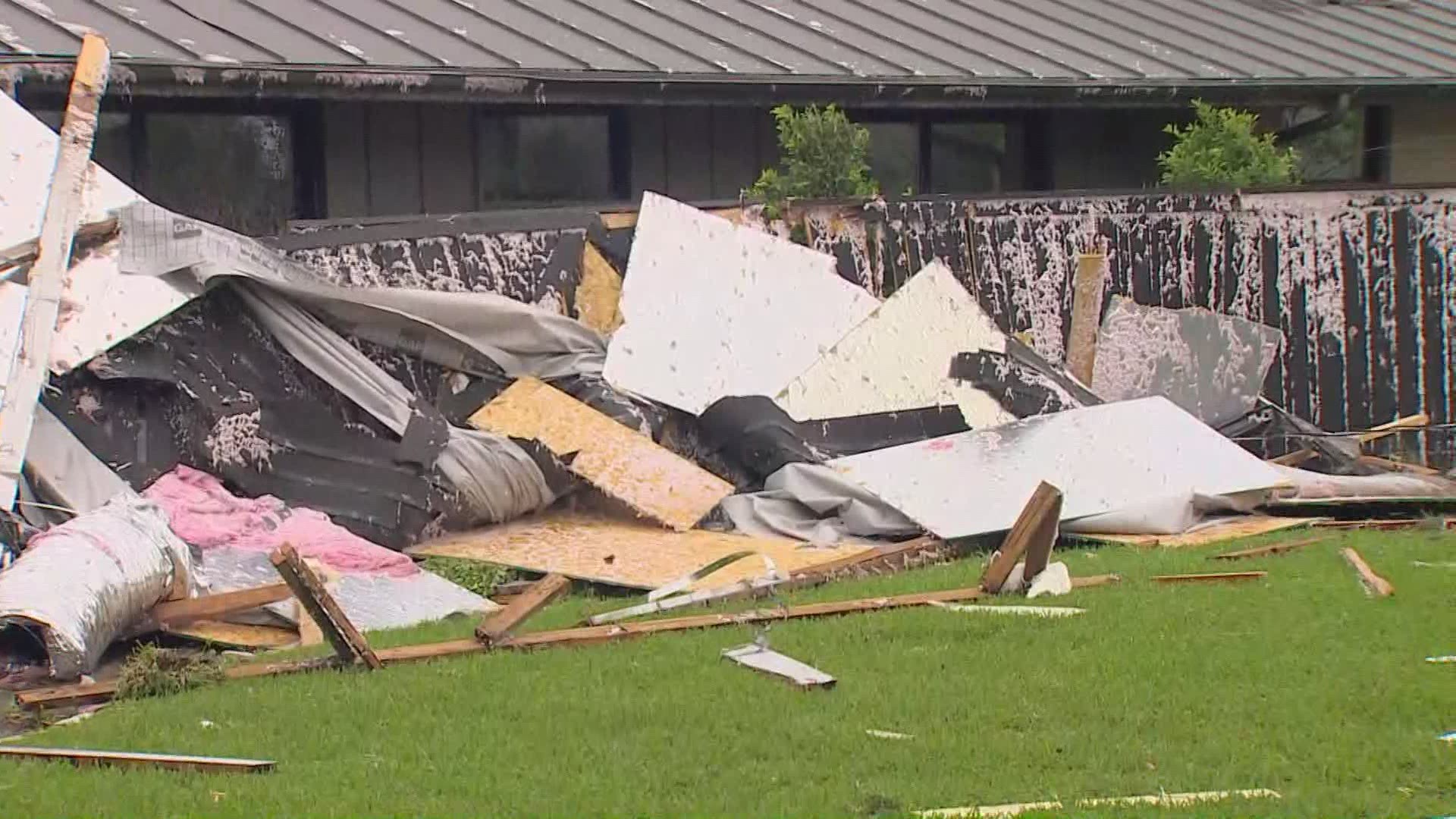 DALLAS — This story will be updated throughout the day Sunday.

All lanes of Loop 12 near Interstate 30 were shut down due to high water Sunday, officials with the Texas Department of Transportation said. Many other major roads hd  partial closures due to road conditions.

Lanes were also shut down on Interstate 35E North at Highway 183, also known as John W. Carpenter Freeway. Both north and southbound lanes on the interstate were shut down for high water Sunday afternoon, according to TxDOT officials.

Highway 114 was experiencing high water issues at Rochelle Boulevard as well Sunday, officials said. The exit ramp at Wingren Road for Highway 183 was dealing with high water conditions, too.

High water was also reported near Love Field Airport in Dallas, President George Bush Turnpike and U.S. 75 in Dallas, and at U.S. 75 and Plano Parkway in Plano.

Tarrant County emergency officials said they have not received any reports of flooding or road closures.

Aware of high water conditions on a roadway not on this list? Send an email to news8@wfaa.com with the location and any photos or video you may have.

Credit: Matt Howerton, WFAA
The owners of this home in North Dallas say they think a tornado hit their home when rain and winds came through North Texas Sunday morning May 16, 2021.

In North Dallas, a roof was ripped off of one family's home near North Haven Gardens, causing the insulation to be spread all over nearby power lines. So far, it's the only major damage that has been reported in the area from Sunday's weather.

The family told WFAA's Matt Howerton there were no injuries, but they were shocked- the family had been affected by the October 2019 tornado and had just rebuilt and sold their home.

JUST IN: looks like a possible tornado may have touched down in North Dallas.

This home’s roof is ripped off and there’s insulation up in the power lines behind the home.

So far, it’s the only major damage in the area that we’ve seen. (@wfaa) pic.twitter.com/PKe9bCQBCG