Frank Miller's wife got him a baseball book for Christmas, and the former high school and college player got the urge to throw again. 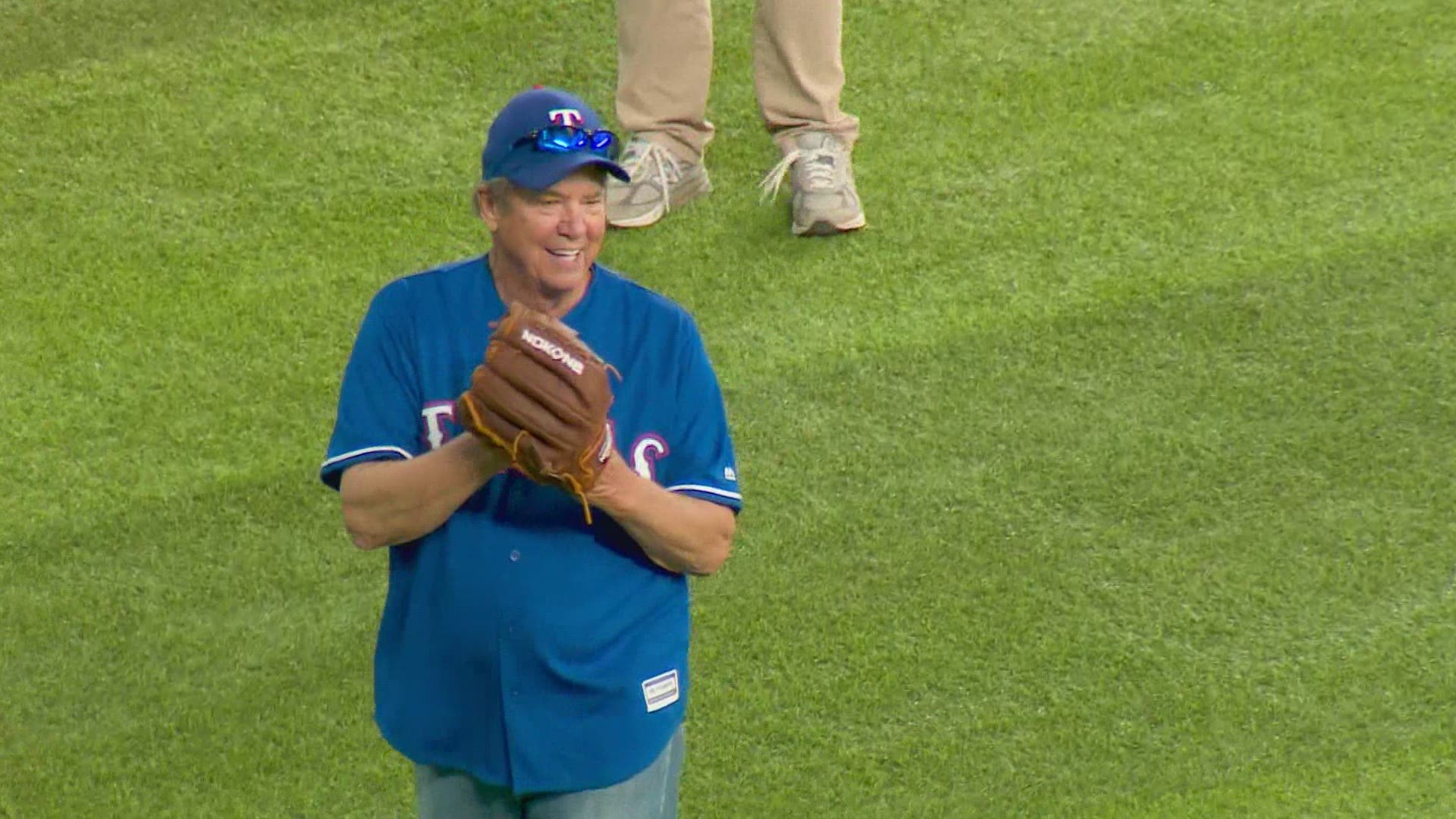 “It’s been magical and completely a surprise,” Miller said.

For Christmas, his wife Alice bought the 74-year-old baseball nut a book called "K: A History of Baseball in Ten Pitches."

“It’s definitely my fault,” Alice said. “He was walking around the house with a baseball, like, 24-7. It was crazy.”

With no one to play catch with, though, she posted on the Nextdoor app to see if anyone would meet at a nearby park.

“I didn’t really expect too much to happen,” Frank said.

“I thought maybe one person would respond,” Alice said. “I was just shocked.”

RELATED: A 74-year-old was looking for someone to play catch with, but instead, he found a team and friendship

Old and young showed up, including a handful of North Dallas High School Baseball players, and when the Texas Rangers saw the WFAA story, they invited Frank and the team to play at their park.

“We thought, 'We need to have them out to Globe Life Field and have a game of catch,'” Rangers Digital Host Hannah Wing said. “We thought this would be the perfect opportunity to bring together different groups of people who all love baseball.”

Miller and the team were welcomed with pre-recorded messages, including some from PA announcer Chuck Morgan.

“I don’t know how it happened, but it’s been a lot of fun,” Frank Miller said.

For a half hour, Miller and North Dallas players threw back and forth in the outfield.

“It was a once-in-a-lifetime experience,” said Joseph Mendoza, one of the team’s players. “I was so shocked. I got a phone call from my coach telling us to be ready. We’re going to go to Globe Life Park.”

Miller still meets up with them on Saturdays and even got a surprise visit from Hall of Famer and former Ranger Fergie Jenkins.

“He told some baseball stories and showed us his various grips,” Miller said. “When baseball gets in your blood like it got into mine, it just sort of stays there.”

Miller will tell you this isn’t about him.

“It was about people [who] just really wanted to connect,” he said. “That was the beautiful part of it.”

Unforgettable doesn’t do it justice.

“It was a blast to throw on the field,” Miller said. “I’ve never really set foot on the turf of a major league baseball field.”

He’s still not sure what gift to get Alice that can match the book that led to this story.

“Are you kidding me?" Miller joked. “I’ll figure something out.”