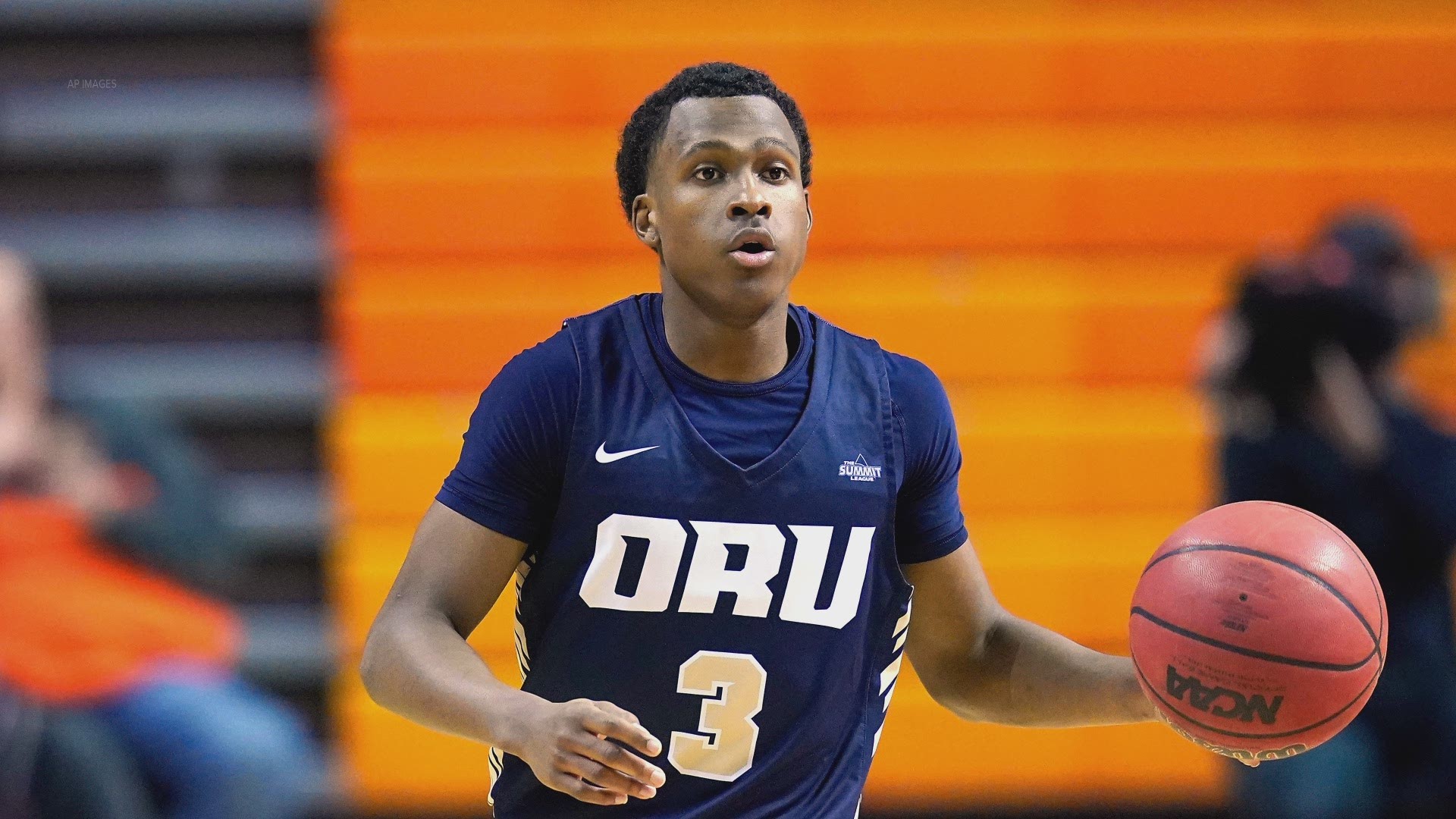 DALLAS — Almost every year, a kid from a small school makes a name for himself in the Big Dance. Former Davidson star Stephen Curry comes to mind. He turned out pretty good.

This year, that name is Max Abmas.

The sophomore has not only led the nation in scoring this season, he's now led underdog 15-seed Oral Roberts to the Sweet 16.

Not bad for a 19-year-old kid from Rockwall.

Troy and Erika are max's parents, and they had a front-row seat this past weekend as their son became an overnight celebrity.

"When Maxwell sets his mind to something, he'll do it," his mother Erika said.

Max Abmas played his high school ball at Dallas Jesuit under head coach Chris Hill, and even back then, his poise made him tough to beat.

"He's not afraid to lose. He wants to win, but he's not afraid of losing, so when the game gets tight, he doesn't get as wound up as some kids," Hill said. "When you have a kid who already has that mentality and you put a 15-seed next to his name, that makes a guy like him pretty dangerous."

Now everyone knows the name Max Abmas — even if they don't know how to say it properly.

Troy Abmas is used to correcting people on the pronunciation of his last name, dryly saying he's told the following story "a few times":

"The 'B' is what they call a Schaffer's S," Troy Abmas said. "If you look it up, the Schaffer's S is like the Baylor symbol. It has an 'SS' sound after it follows a long vowel. So, it's pronounced 'Ace-mas.'"

You could say Max Abmas has made a name for himself.

"It's always been his dream. It's not about us. It's always about him. What he wants to do. It's his dream, so we're just a part of his dream," Troy said.