“They have failed,” said the legendary basketball player and coach. “It’s not just the weights. It’s the thought process.” 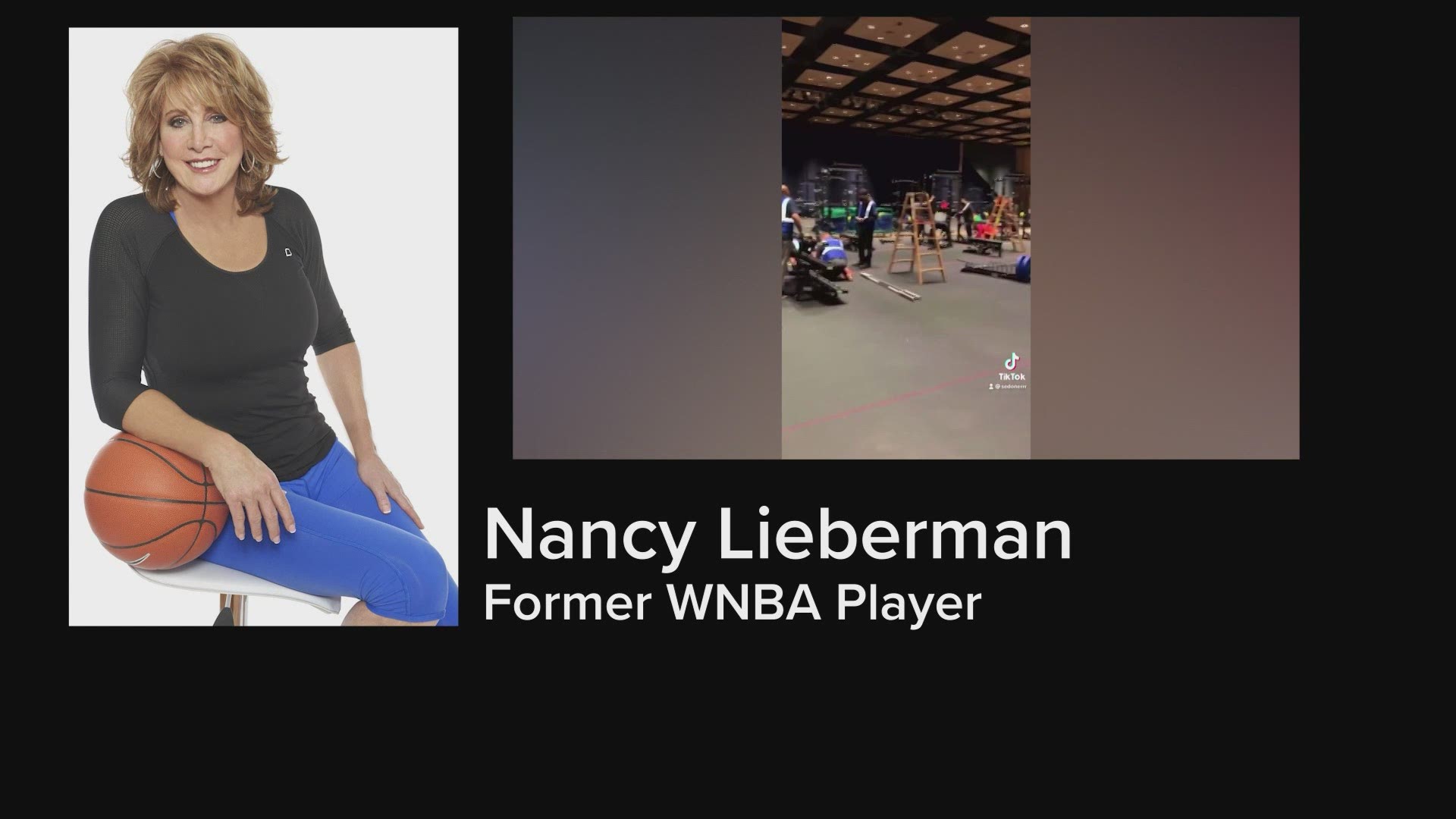 DALLAS — The NCAA was so proud of the expansive weight room built at the men’s March Madness tournament in Indianapolis, a time lapse video showing construction was posted to Instagram.

The women who made it to the tournament - the greatest event in college basketball – got far different treatment.

Their training room consisted of one set of hand weights.

Pictures and videos of the disparities experienced in San Antonio by coaches and players, especially those from Oregon forward Sedona Prince, went viral on social media.

Let me put it on Twitter too cause this needs the attention pic.twitter.com/t0DWKL2YHR

In a TikTok video that has been watched millions of times, Prince said, “If you aren’t upset about this problem, then you’re a part of it.”

Nancy Lieberman is a basketball legend.

And she’s more than upset.

When Lieberman became coach of an affiliate of the Dallas Mavericks in the NBA’s development league, she was the first woman to coach a professional men’s team.

RELATED: WNBA icon Nancy Lieberman on Kobe Bryant: 'Anybody who met him was a better person for it'

She went on to become the second female assistant coach in NBA history with the Sacramento Kings.

She’d built a career as a dominant player and coach in the WNBA.

She is an Olympian, a member of the Women’s Basketball Hall of Fame, and now a broadcaster for the NBA’s Oklahoma City Thunder.

She was prepping for a Thunder game when WFAA reached her on the phone Monday.

“They have failed,” Lieberman said of the NCAA. “They get a big, fat F.”

When asked what tournament organizers must have been thinking to have let these discrepancies occur, Lieberman said they continue to think the same way people have always thought.

Giving male and female athletes equal treatment is not automatic – even in 2021.

“It shows the NCAA has not yet come full circle in understanding what equality is,” she said.

Coaches say the type of COVID tests performed on women’s teams are different than the tests being administered to the men.

The NCAA apologized and admitted it “fell short” this season in organizing the women’s tournament.

Social media is powerful. Thank you for all of y’all’s support pic.twitter.com/YR5ZNwywv6

They have since built a larger weight and training room at the Alamodome, the site of the women’s tournament.

Prince and other players showed off the new amenities in videos and thanked the NCAA for listening.

Lieberman applauded the courage of the young players like Prince, calling them her “sisters in the game.”

“I applaud you, I honor you and I’m overly proud that you had the strength, courage and wherewithal to use social media and technology to not only take those pictures and share them with your friends but to share them with the world,” she said.

“You forced America to see the inequalities of what’s happening in real time. Each one of you gets a high five.”

But she added that this episode exposed issues far greater than amenities.

“It’s not just the weights. It’s the thought process,” she said.