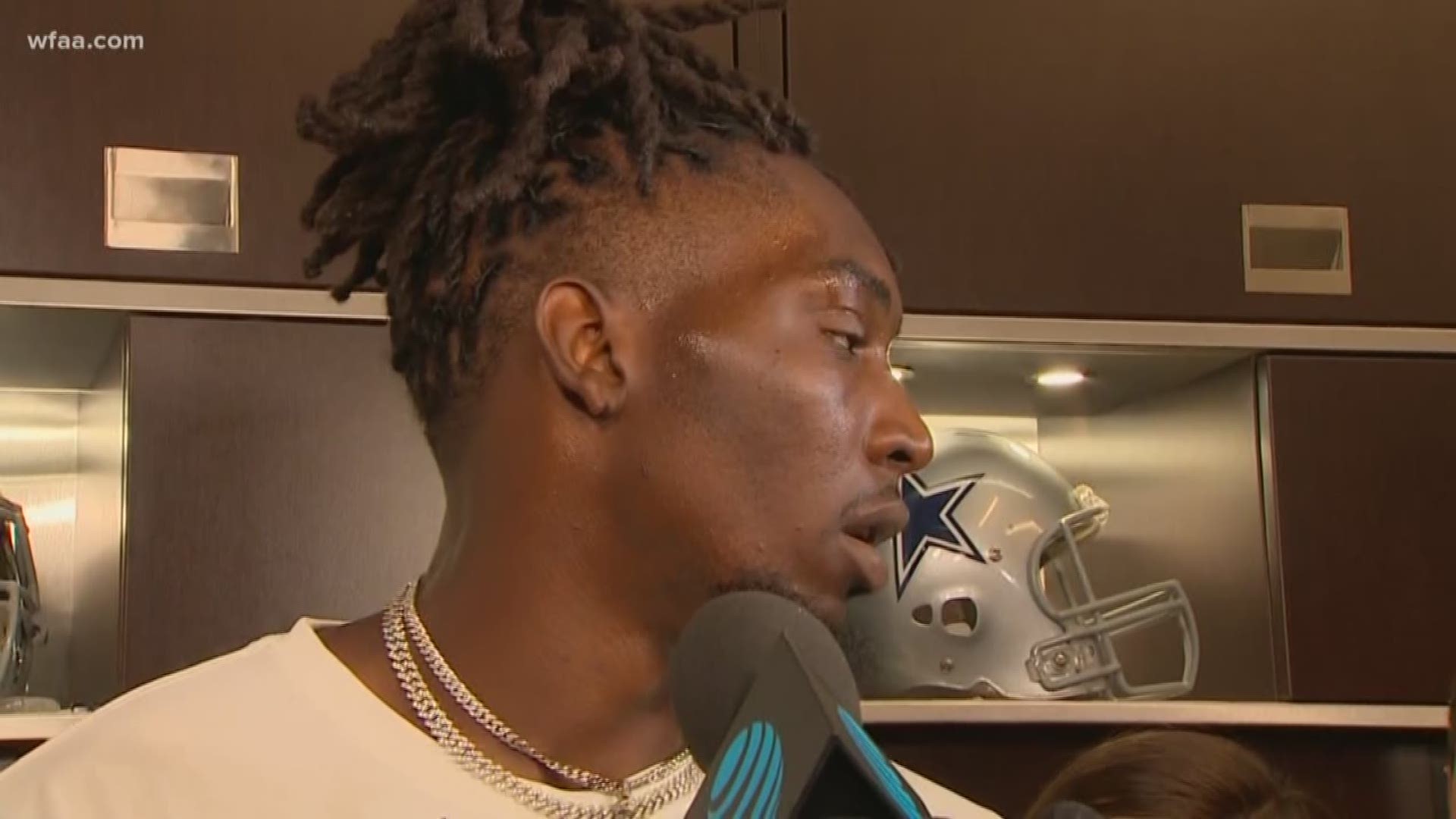 DALLAS — Very few forces can keep the Dallas Cowboys' DeMarcus Lawrence sidelined, and it is the defensive end's love for the game that tasks him with staying in the action.

The two-time Pro Bowler was activated from the physically unable to perform list on Aug. 21 after spending the offseason recovering from shoulder surgery to repair a torn labrum. Lawrence could have addressed the injury with surgery in October of 2018, but it would have summarily ended his season. Instead, Lawrence waited until the offseason to fix a nagging injury that had plagued him for the past two seasons.

Seeing Lawrence play through pain that would sideline other players is nothing new to coach Jason Garrett.

"All his career he has been banged up a lot," Garrett told reporters. "He has dealt with a lot of different things over the course of his career and still been a very productive player for us. So getting guys healthy and keeping them healthy is part of having sustained success. He has worked through some things."

To start off Lawrence's Cowboy career, he was placed on the injured reserve in 2014. New rules that season allowed NFL teams to activate up to two players off the list, and the Cowboys saw their second-round pick, one they had to trade their third-round pick to rival Washington to obtain, play his first career game on Nov. 2 in a 28-17 loss to the Arizona Cardinals at home. Lawrence would ultimately make an impact play in the wild-card playoffs, a strip-sack and fumble recovery of quarterback Matt Stafford, to give Dallas a 24-20 win.

In 2015, Lawrence played through a back injury, but nonetheless collected 8.0 sacks in his second NFL season. In the offseason, the former Boise State product had back surgery, and had another one the next offseason after playing through back pain again through nine games.

RELATED: How effective will DeMarcus Lawrence be on his new contract?

"He looked my right in the eye and said, 'I am playing. We will deal with that after the season,'" Garrett recalled. "He has the physical toughness and the mental toughness to do it. The healthier those guys are the better they are going to play. He has played through some things and played well for us."

Lawrence has not missed a game since 2017, his first Pro Bowl season. Over that two-year span, the 6-3, 265-pound edge defender has produced 25 sacks, 29 tackles for loss, six forced fumbles, three fumble recoveries, two pass breakups, and one interception.

Elusiveness, acceleration, agility, a relentless spirit — these are the traits Lawrence has typified for Garrett over the past two years.

Said Garrett: "I think DeMarcus has those same qualities. You see it when he is rushing the passer. You see it when he is chasing the run — just the way he plays. If you got to the root of all of that it goes back to how much they love playing football. DeMarcus loves playing ball, playing the right way and practicing the right way. All that stuff shows up in the game."

The Cowboys are hoping Lawrence, one arm or two, shows up Week 1 with the same love of the game and relentless spirit as they face the New York Giants at AT&T Stadium.

Do you think DeMarcus Lawrence will have a healthy and productive season to lead a rising defense to new heights in 2019? Share your thoughts on Tank with Mark on Twitter @therealmarklane.