The Dallas Cowboys nearly pulled off the upset win against Tampa Bay in Week 1 so looking at the positives will have to suffice rather than enjoying victory. 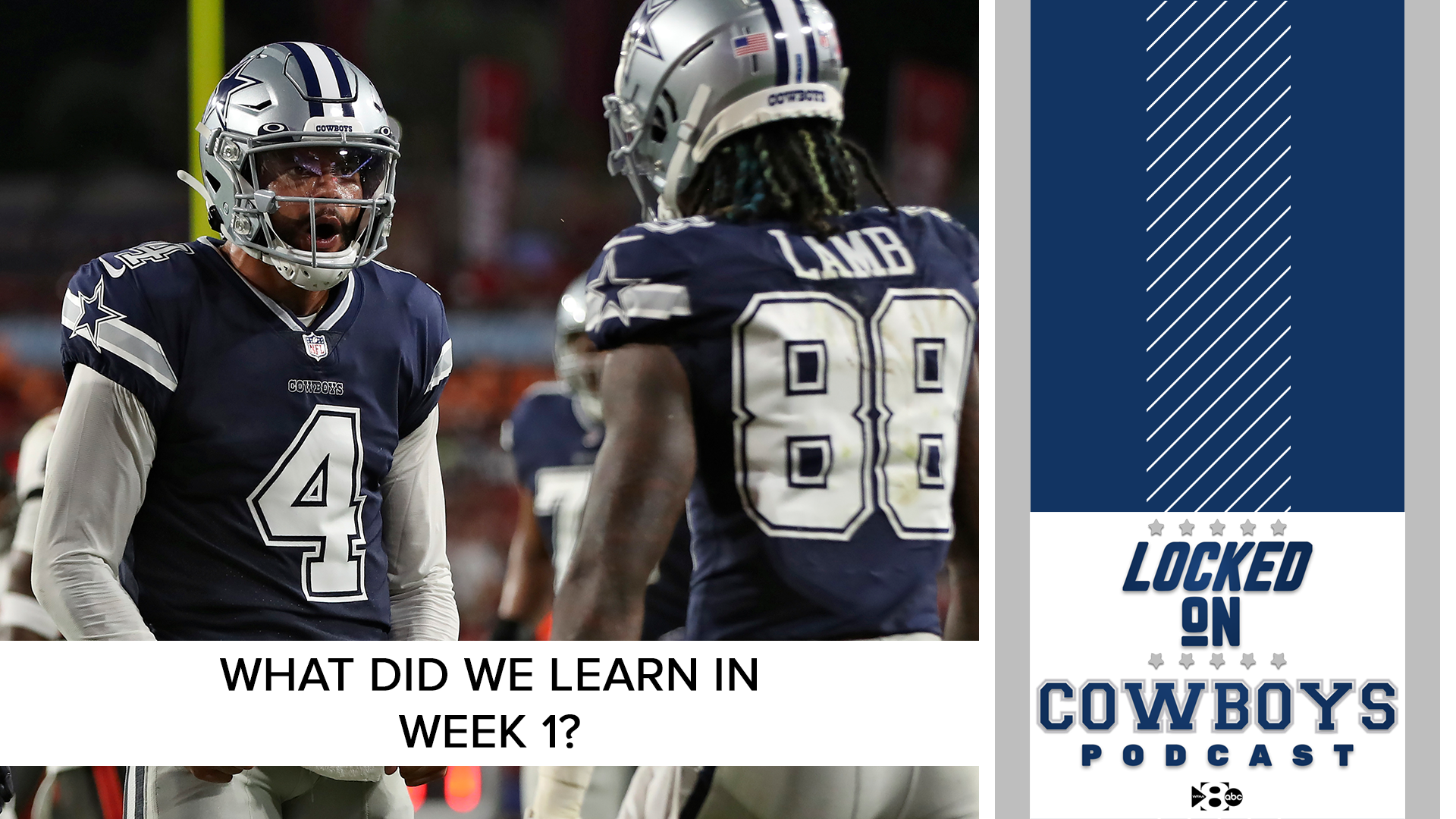 DALLAS — Don Meredith once said of ties in football that they were like kissing your sister. Similarly, moral victories are the sports equivalent of being friend-zoned.

However, the Dallas Cowboys' 31-29 letdown to the Tampa Bay Buccaneers also served to give the team reasons to feel enthusiastic for the road ahead. Even the Associated Press' headline for Thursday night's game pointed out how great quarterback Dak Prescott was amid the defeat.

Here are four takeaways from the opening night loss:

1. Dak is back — The two-time Pro Bowler completed 42 passes on 58 attempts for 403 yards, three touchdowns, an interception, and was sacked just once. Prescott also lowered his head and carried the ball four times for 13 yards. There wasn't a throw he couldn't make.

He also balanced his arm with his running ability. When Prescott said he buried the broken leg narrative, he meant it. He even buried the bum shoulder narrative that haunted Cowboys training camp.

The pass attempts and completions tied single-game highs while the 403 yards qualified Prescott for the eighth 400-yard passing game of his career. There are no problems with No. 4.

2. Don't blame the refs — Whether it is the Benny Barnes defensive pass interference in Super Bowl XIII or the Dez Bryant no-catch or a myriad of other poor calls since 1960, Cowboys fans are habituated to focus on officiating more than Walt Anderson and Perry Fewell on Monday mornings.

The no-call on possible offensive pass interference committed by Tampa Bay receiver Chris Godwin to set up the game-winning field goal is another dry branch on the pyre. Maybe Shawn Hochuli's crew should have called what would have been Godwin's first career OPI. Instead, the 24-yard pass to the Cowboys' 18-yard line stood.

Shawn Hochuli talks as much as his dad.

If the Cowboys had done everything perfect, and this was the pock mark that hatched the goose egg in the loss column, outrage towards officiating would be warranted. However, the Cowboys were far from perfect.

3. Red zone worries — The Cowboys were 1-4 in the red zone at Raymond James Stadium. Last season, the Cowboys were tied with the Cincinnati Bengals for the third-lowest red zone conversion rate at 50.0%.

Dallas didn't even approach that against the Buccaneers. Had the Cowboys even converted half of their red zone trips, they wouldn't have needed a game-winning field goal or a last minute defensive stop; they could have run out the clock.

4. Here's the kicker — Even with the Cowboys having a 25.0% clip in the red zone, they still left enough points off the board that could have won the game. While Greg Zuerlein's 3-5 field goal ledger looks bad, consider he booted a first half-expiring 60-yarder that coach Mike McCarthy should have waved off.

Make Zuerlein's rate 3-4 then. Still, the 31-yard field goal that he hooked left and the extra point that he bricked were enough points that the ending of the game should have been much more difficult on Tom Brady and the Bucs, which could have led to a stupendous way to commence the 2021 season.

With Week 1 now in the rearview mirror, are you feeling more or less confident about the Cowboys in 2021? Share your thoughts with Mark on Twitter @therealmarklane.