Before the NIL rule change, RaSun Kazadi couldn't use his name to promote or sell his paintings. Now, they're in high demand. 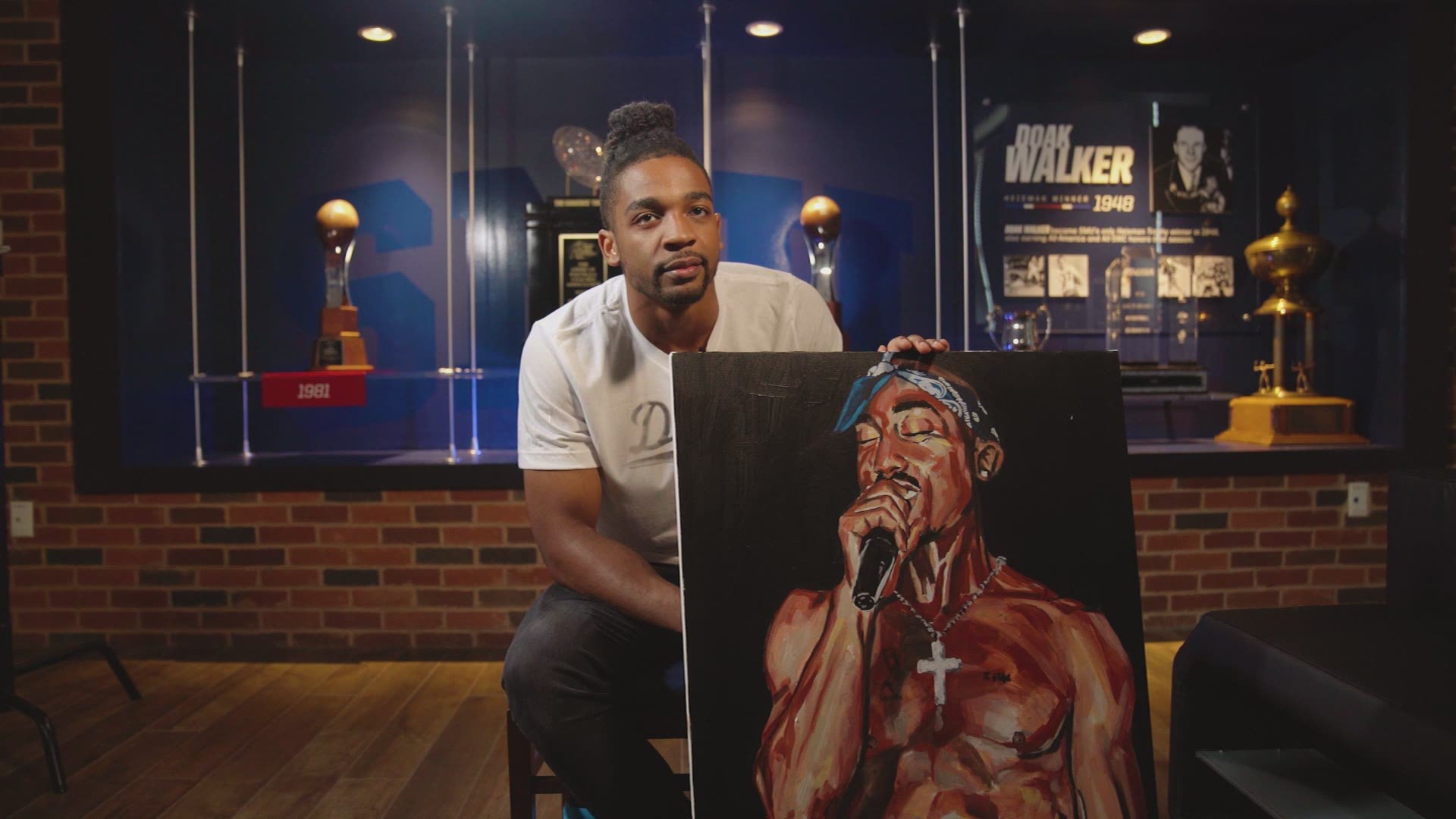 DALLAS — The new NCAA rule change that has reshaped the landscape of college sports is known as name, image and likeness rights, or NIL, but for RaSun Kazadi, it’s about identity.

Kazadi, who goes by Ra, is a junior defensive back on SMU’s football team, and his other passion is painting.

“It’s all about expression,” he said. “What I’m listening to. What the weather is. How I’m feeling.”

Before the July 1 rule change, he couldn’t attach his name to his paintings or promote them.

“I just had to have two different separate identities, separate accounts, separate everything,” Kazadi said. “Now it’s going to be weird connecting them because they’ve been separated for so long.”

Kazadi basically taught himself to paint.

“I didn’t even paint until my junior year. I never painted,” he said. “I took a graphic design class my senior year of high school and that was it.”

Now, despite a busy schedule as a student-athlete, he carves out time for what’s both a hobby and a job.

In the past week, he’s now received more requests than he can handle with plans for a physical space to display his art.

There are plenty of athletes already using the NIL rule to sign deals promoting sweet tea companies, mobile providers or just themselves.

On top of the art, Kazadi is working with other athletes to promote their non-profit Détente which he wants to use to help with conflict resolution in communities and to promote social justice.

“I’m just excited that we can be who we are and help out as many people as we can with that too,” he said.

The change has redrawn the lines of what’s possible and opened opportunities for players to profit, but maybe most importantly, it’s allowed them to have an identity.