Izzy and Dennis Harrison have a unique father-daughter relationship, built on sports and so much more. Just don't bring up one sport in particular... 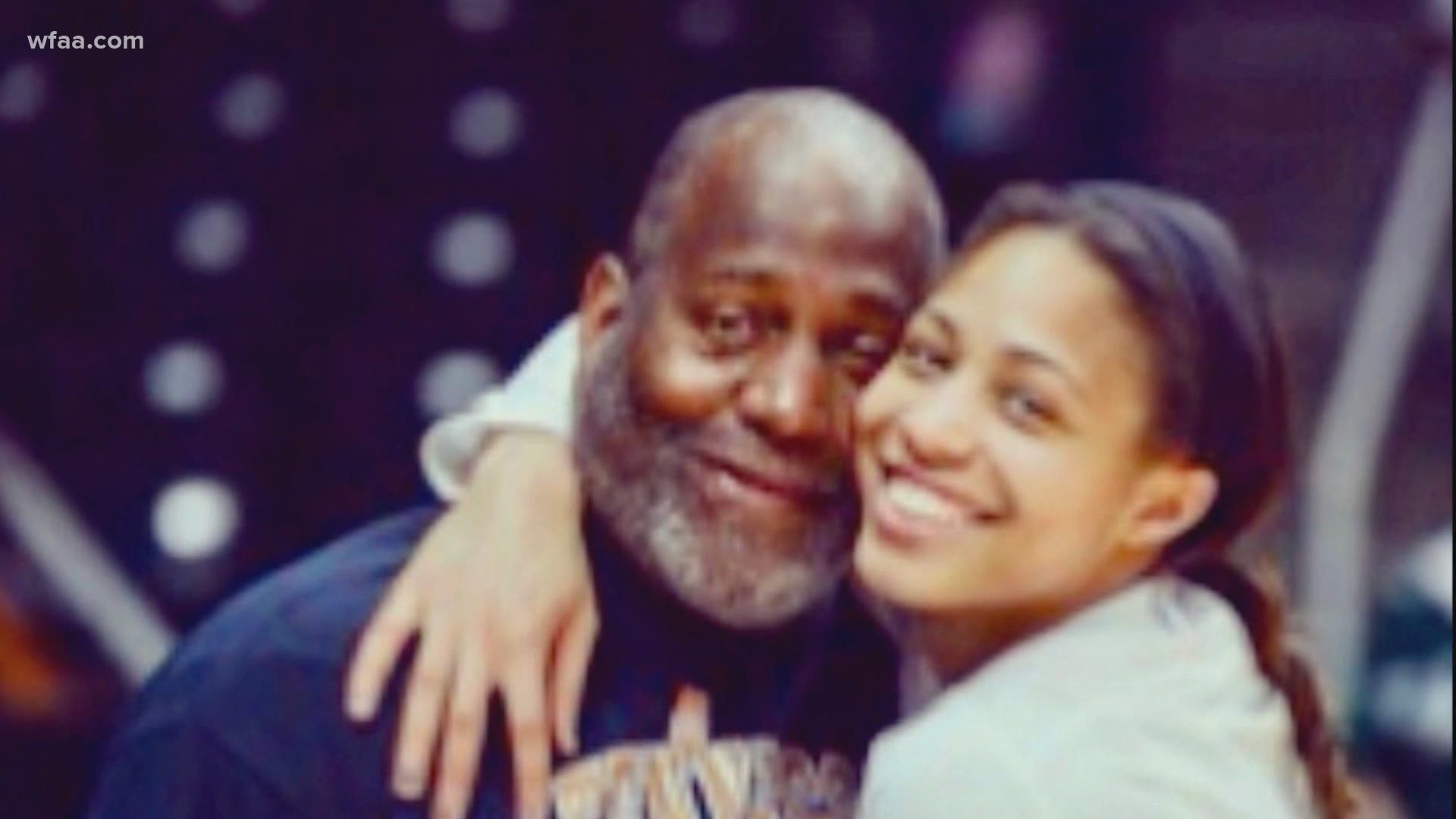 DALLAS — It was a nightmare for a parent.

"It seemed like Italy was just always on the news," Dennis Harrison said, reliving his concern.

His daughter Isabelle was in Italy when COVID-19 struck.

It was a surreal time for the Dallas Wings forward, who was playing basketball overseas during the WNBA's off-season.

"They had policemen out on the streets, and you had to have a declaration to even be out, or if you wanted to go to the grocery store," Isabelle said. "So I had to literally travel with documents."

"It reached a town right close to her," Dennis said, "And she got out, I'll say it, just in time."

Now Isabelle Harrison is back stateside, preparing for the upcoming WNBA season with the Wings. She is one of twelve children. She and her siblings each have followed in the footsteps of their father, who played for 10 years in the NFL.

"Every sport I did, I know for sure I wanted my dad to be proud," Isabelle said. "So it's been just another special part of our relationship that we can always relate to, we can always talk about."

Well... except for maybe one sport.

"Am I supposed to talk about the baton?" Dennis asked with a wry smile.

"No!" Isabelle shouted. "That's not real! I blocked that memory out!"

Laughing all along, it was clear the two have a wonderful relationship.

"I will say this, when I was growing up, and I would tell people how many brothers and sisters I have, people would always say 'The same mom and same dad?'" Isabelle recalled. "And I never understood why people would say that. But it's not so common. So, that in itself is so special that my mom and dad have been together for all these years, taking care of all of us kids. So I just give the appreciation back to my dad, because I am me because of him."