“We’re all one. That’s what this game is about.” 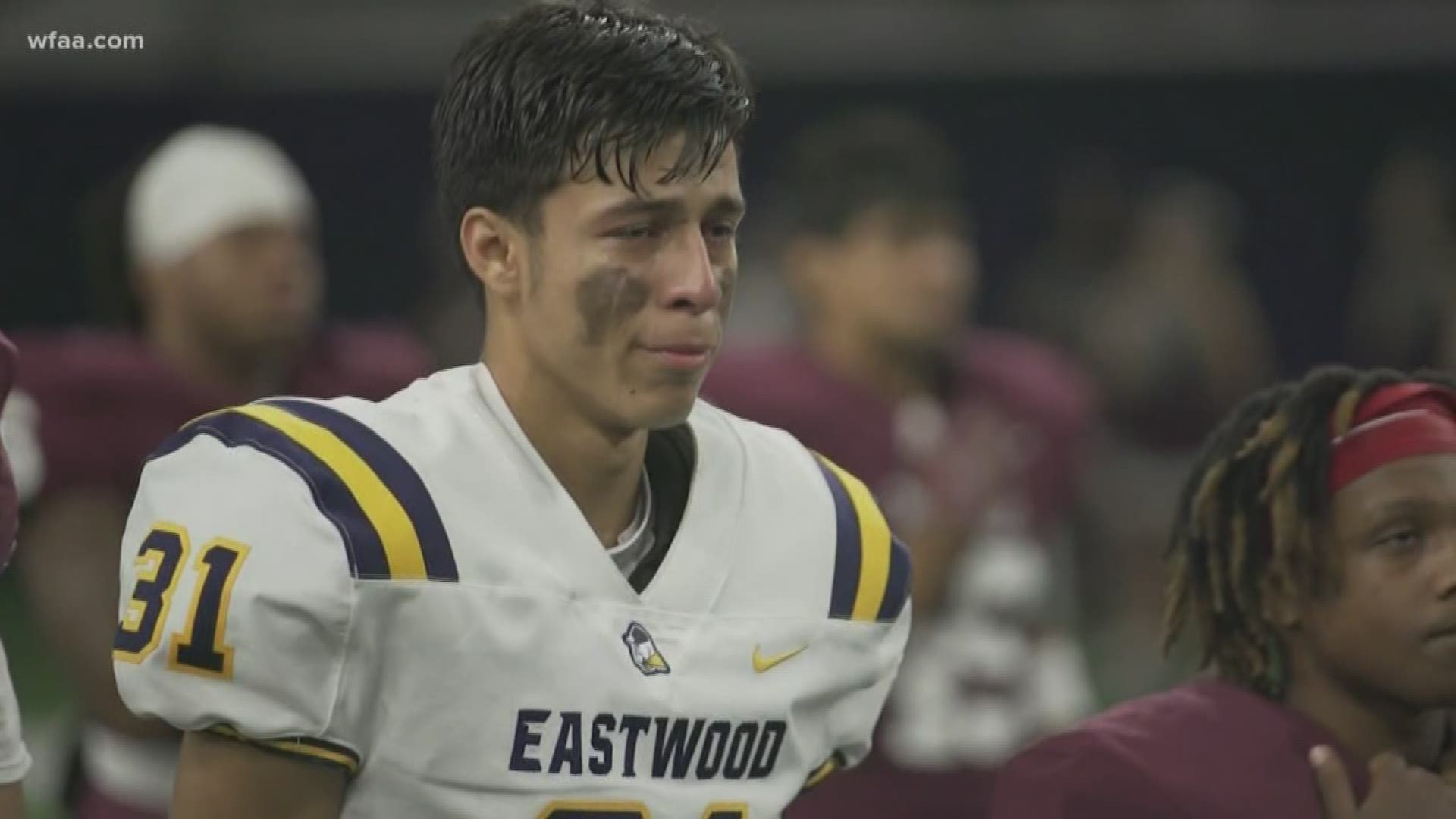 It was a football game that almost didn’t happen but desperately needed to happen.

Eastwood High School in El Paso was scheduled to travel to North Texas to take on Plano Senior High. The game had been scheduled for months.

But on Aug. 3, police say a graduate of Plano Senior High drove to El Paso and went on a hate-filled rampage, killing 22 people and injuring dozens more.

“The man that did that lived in our neighborhood,” said David Schwartz, a Plano Senior High parent. “It’s a tragedy that hits home.”

Thinking back on the day brought tears to several El Paso parents’ eyes.

“It’s not something that Texas is about,” said Andy Santos, whose son attends Eastwood.

Plano canceled the game because of security concerns. But neighboring Frisco ISD brokered a deal.

They offered up the Ford Center at The Star, where Frisco ISD schools play some home games. The Star is also the home of the Dallas Cowboys.

Plano and Ysleta’s superintendents agreed security would be tighter there.

And the game that had been called off was back on.

Hundreds of families traveled across the state to watch the game on Thursday night.

“My son’s a senior for Eastwood and I came to see him play,” Santos said. “And to show El Paso is strong and make sure everybody knows we’re going to stay strong.”

“But we’re all family. We’re all one. That’s what this game is about,” said Rocky Leon.

Members of the student councils met on the 50-yard line and exchanged gifts, hugs, and tears.

When the Troopers from Eastwood took the field, the stands on both sides roared.

The teams huddled on the field and stood together during the National Anthem. The head coaches stood side by side and hugged. But after the kickoff, it was all business.

Both teams scored in the opening quarter to the delight of fans.

Signs in the stands offered messages of peace and love for El Paso.

There were handshakes and hugs, and clear signs of unity and diversity over division.

That is why it felt so good for the game that almost didn’t happen to finally happen. It proved just how much Texans persevere.

“It sends of message of – you’ve just got to keep going, got to band together,” Schwartz said. “It’s all about people being together.”

WFAA has been raising money to benefit victims of the violence in El Paso through the sale of a specially designed “Don’t Hate in My State” t-shirt designed locally by Bullzerk. T-shirt sales will continue during the game. 100-percent of the proceeds will go to the El Paso Victims Relief Fund, established by the Paso del Norte Community Foundation. The station plans to make a check donation during the broadcast.

ABC’s airing of The Lego Movie will air overnight at 1:41am.  Reef Break is available on abc.com.

Where should Dale Hansen go next? Vote for the Game of the Week here: Football Friday 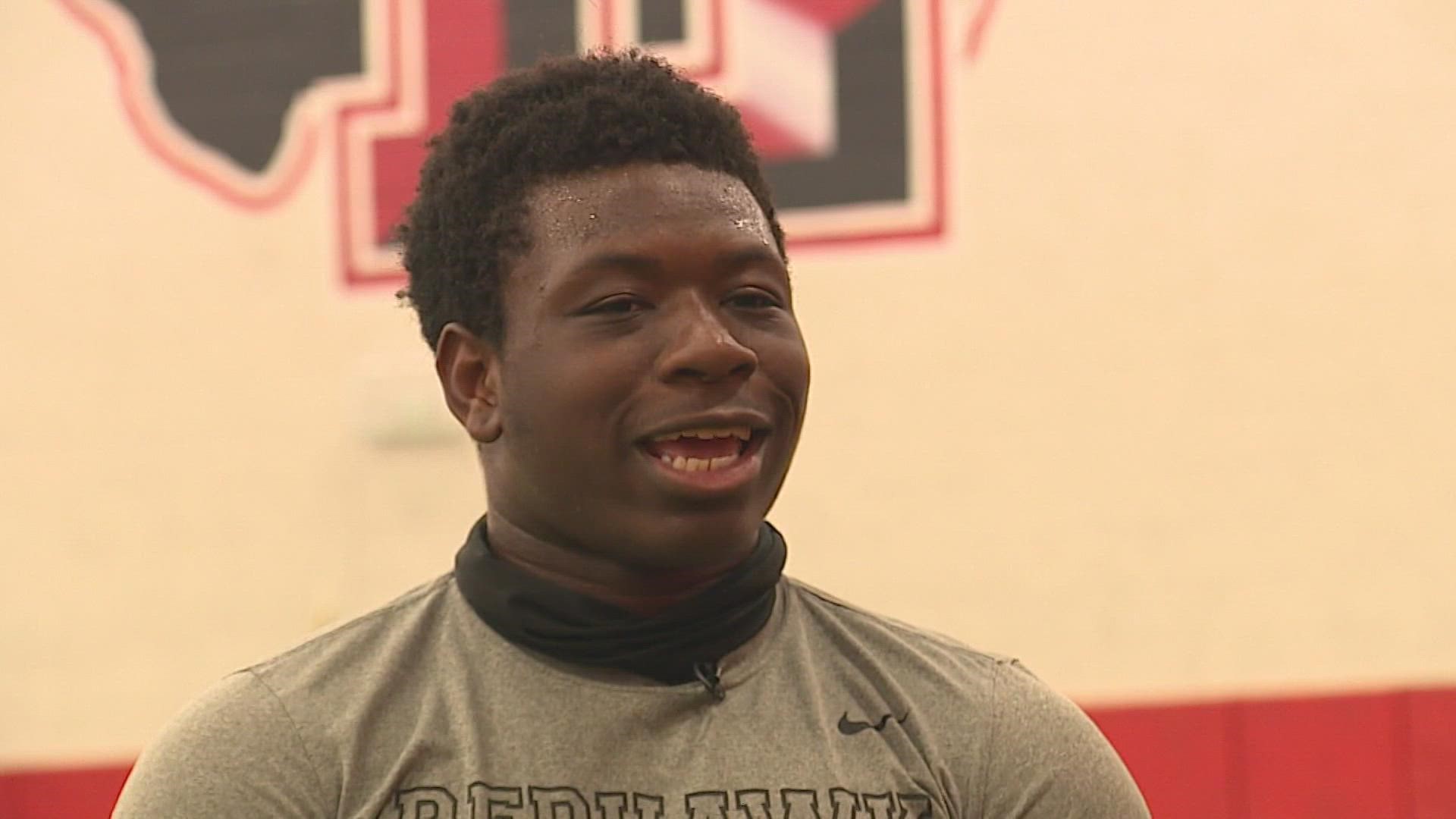 Frisco Liberty's incredible turnaround, from a 20-game losing streak, to a 10-1 contender