The Mavs legend spent an hour on the call, talking with local athletes about how to be better every day 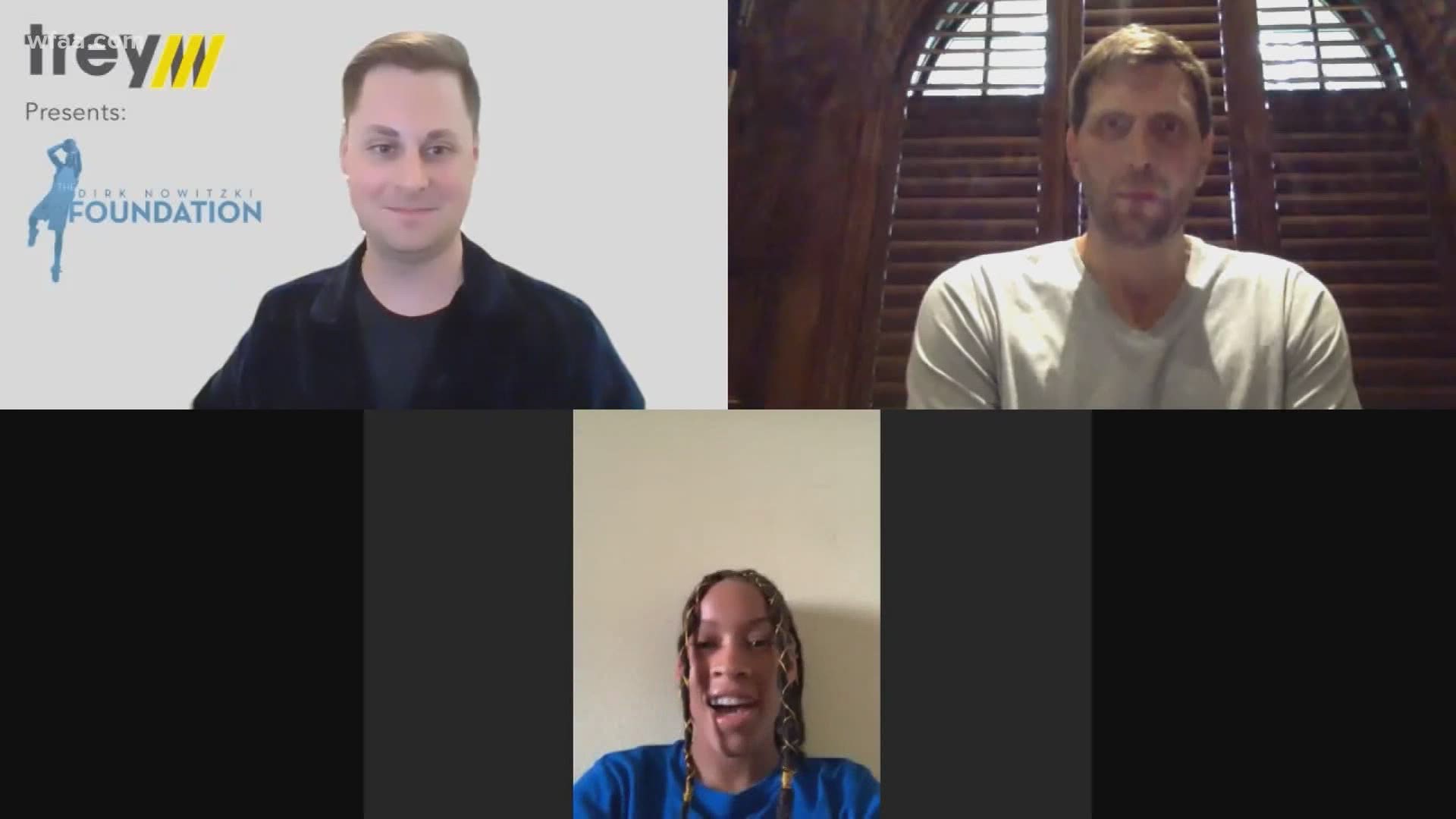 DALLAS — Updated at 10:28 p.m. March 26 with information about Trey Athletes.

There was a Zoom call Wednesday night.

It was just like the dozens you've had with your family, friends, and co-workers, during COVID-19 — except this one had Dirk Nowitzki.

Sixty high school kids spent 60 minutes learning from Dirk, on a call sponsored by Trey Athletes, a nonprofit youth sports startup on a mission to "empower athletes to become lifelong leaders, representative role models, and influential voices for their communities."

"That's the future generation that we're gonna build on," the Mavericks legendary forward said about the event. "They're gonna carry this community, so that's what we focus on."

Nowitzki fielded several questions from the kids and tried to impart his pearls of wisdom.

"And then also on the court as well, don't ever think 'OK, I can do this, I don't have to work at this anymore, I'll just show up for games.' Always see yourself as a work in progress."

And for the individuals who got to ask questions, like Trinity Christian-Cedar Hill basketball player Ericca Richardson, the advice hit home.

"I'm a mental player, so I'll get down on myself mentally," Richardson said.

Her question: "I want to be a sports psychologist, and I would really like to know, where in the mind an athlete really feels comfortable enough to play and just go all out, every single game?"

Dirk's response (in part): "You know, for me it was always a constant fight. I'm not the most confident person, by nature. I was always the shy guy, and I don't want to stick out. We had a psych doc at the Mavs and he helped me a lot — how to be a better leader, how to talk to teammates better, how to respond to criticism."

"Asking him that question, it really gave me a sense of what I need to do, going forward, basketball-wise as a college athlete," Richardson said afterward.

Just another reason to add to the list of why Dallas loves Dirk.

"Giving back to the community is rewarding," Nowitzki said. "And if you're in that position, I also think it's your responsibility."