Despite December dud for Mavericks, there is hope for new year turnaround

The Dallas Mavericks didn’t come out of the gates like they would have hoped in the NBA’s debut month of December but the new year offers the chance for a rebound.

DALLAS — In a tumultuous year, the Dallas Mavericks enter the new year with lingering issues to be addressed. The short offseason and training camp has led to a slow start for the basketball team, with the biggest spotlight glaring on franchise guard Luka Dončić’s three-point shooting woes and conditioning.

Dončić’s field goal and free throw numbers are in line with his career averages, but his three-point percentage, which was already considered an area for improvement (32%) entering his third year, is at a staggering 9%, with just two three-point buckets in 21 attempts.

In the season opening loss to Phoenix, Dončić’s statline registered at 32 points and 8 boards, but he went 0 for 6 on three-point attempts and looked sluggish during the contest as the Mavericks fell 106-102.

Luka with the grimiest 32 point game ever.

With a season-opening flop behind them, the heavyweight Christmas Day matchup that had been circled on the calendar by fans and analysts alike was finally here.

Dallas hadn’t been given a Christmas game since the 2011-2012 season when they were rewarded for their championship from the previous year. They were also matched up against James, then of the Miami Heat, in a Finals rematch. Dallas promptly got destroyed the same night they raised their first championship banner and were given a succinct demonstration as to why they had made a massive mistake by not re-signing Tyson Chandler.

That was nine years ago, and now the Mavericks had once again climbed the ranks to become NBA programming darlings thanks to their Slovenian superstar becoming a preseason odds-on favorite to win the league MVP at this season’s conclusion.

Nevertheless, this year’s game was not the Christmas gift that many were hoping for.

The only thing that looked good on the court for Dallas was the return of the retro road green jersey’s in a 138-115 blowout loss to James’ Lakers. Still, Dončić’ finished with 27 points and made his only three pointers of the season, but the Mavericks were now 0-2.

With the Mavericks’ young star looking worn out from chasing around one of the game’s all-time greats, and with sports being a reactionary pastime, a look at the Dallas schedule left many to ponder when the Mavs would secure their first win of the season.

Despite the naysaying, that first win would come in their next game as the team came out scorching hot against the team that ended their playoff run last season. By halftime, the game was well in hand as the Mavericks were manhandling a Los Angeles Clippers team that was without Kawhi Leonard.

"We showed who we really are, but it's a long season," Dončić said after his team had secured a modicum of Orlando Bubble revenge against the Clippers.

Dončić’ nearly had his first triple-double of the season, finishing with 24 points, 9 rebounds, and 8 assists in only 25 minutes of action. Dončić’ didn’t need to play for long as the Mavericks dominated. Still, he was 0 for 5 from deep, continuing the troubling early-season trend.

The 50-point halftime lead was the largest midway margin in NBA history. Sure the Clippers were missing Leonard after new teammate Serge Ibaka thought they were in the Kumite but they still had Paul George and the Mavs have not yet enjoyed the return of Kristaps Porzingis.

With their confidence surely sky high following a record-smashing win against a conference favorite, the Mavericks welcomed the Charlotte Hornets to Dallas for what seemed beforehand to be an easy Mavericks win to even their record.

However, the Hornets had added former All-Star Gordon Hayward and drafted Lamelo Ball in the offseason, and both teams were coming off their best games with a .500 record in sight in Wednesday’s home opener in Dallas.

The AAC was retrofitted into Reunion Arena, with a beautiful throwback design before the 2000’s rebrand. The organization decided that no fans would be in the stands for the foreseeable future, and depending on your perception, for the ones that were lucky enough to watch at home, it was a forgettable effort.

Mavs end 2020 with a sluggish loss to Charlotte, 118-99. I think everyone has already moved on to the Heat game on New Year’s Day. #MFFL

Dončić’ went 0 for 5 from deep and the team was -27 with him on the floor on the night.

“It’s clear Luka doesn’t have his rhythm yet. Everybody is working through something at this point in time,” coach Rick Carlisle told the media after the 118-99 loss that dropped Dallas to 1-3 in their final game of 2020.

The COVID-19 pandemic shut down the previous season for half a year before play resumed. The effects continue for the NBA. Offseason roster overhauls and this season’s opening tip-off happened within three months on the calendar. Rigorous testing and restrictions on off-court activities continue, and the players are demonstrating the fallout from lost training camp conditioning and chemistry building.

It is also important to stress that the team is still missing their best secondary option with Porzingis still nursing his lateral meniscus surgery from October. The big man who had begun to mesh extraordinarily well with Dončić before the pandemic struck last spring has been ramping up his rehab and has already been an active participant in practice sessions.

The hope is that Dallas gets Porzingis back in the next few weeks but there is no definitive timeline in place. Once Porzingis returns, and opposing defenses respect his shooting, he should assist in opening up space for Dončić.

Meanwhile, talk of Luka’s conditioning may grow louder if he and the team don’t find a way to stay in games. While the Mavericks are just a week into the season, and four games is a small sample size to evaluate statistics, the ol’ eye test shows that, for now, there is something off with Dončić.

“It was hard to practice in Slovenia when everything was closed but the gyms were open,” Dončić’ emphasized after the Charlotte loss. “So, there are no excuses. We just need to step together.”

The Mavericks now enter 2021 with a New Year’s day match-up against the Eastern Conference champion Heat. The team will debut their “City Edition” gold uniforms to start the year and mark the celebration of the 2010-11 championship squad.

Honoring the heroes of the past makes for good marketing, but the concerns for the present will remain underneath.

Do you foresee the Mavericks gaining their footing in January with the expected return of Kristaps Porzingis? Share your thoughts with Irvin on Twitter @Twittirv. 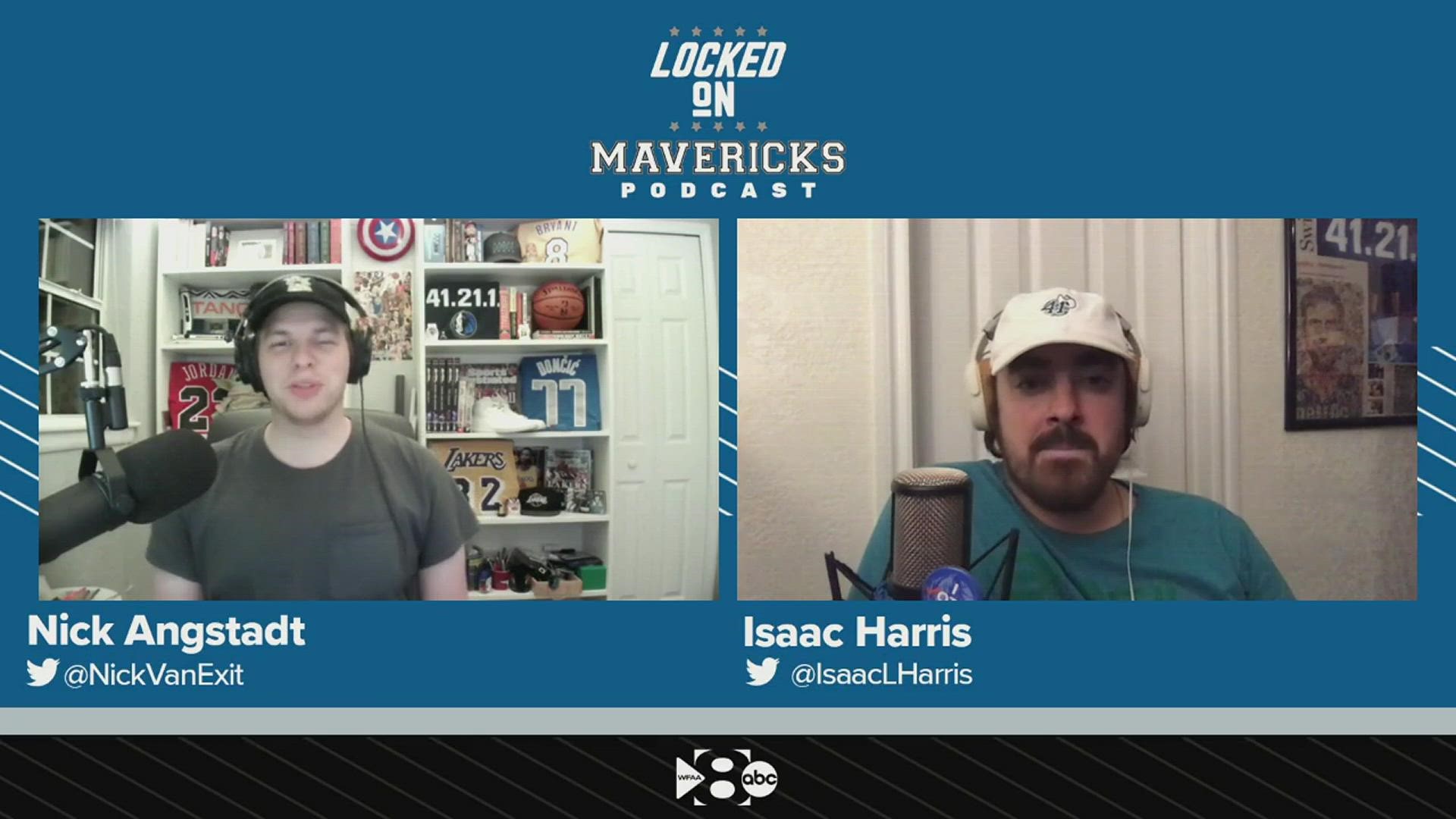