"For Oak Cliff" provides a wide range of programs designed to empower and educate the adults and children of the community. 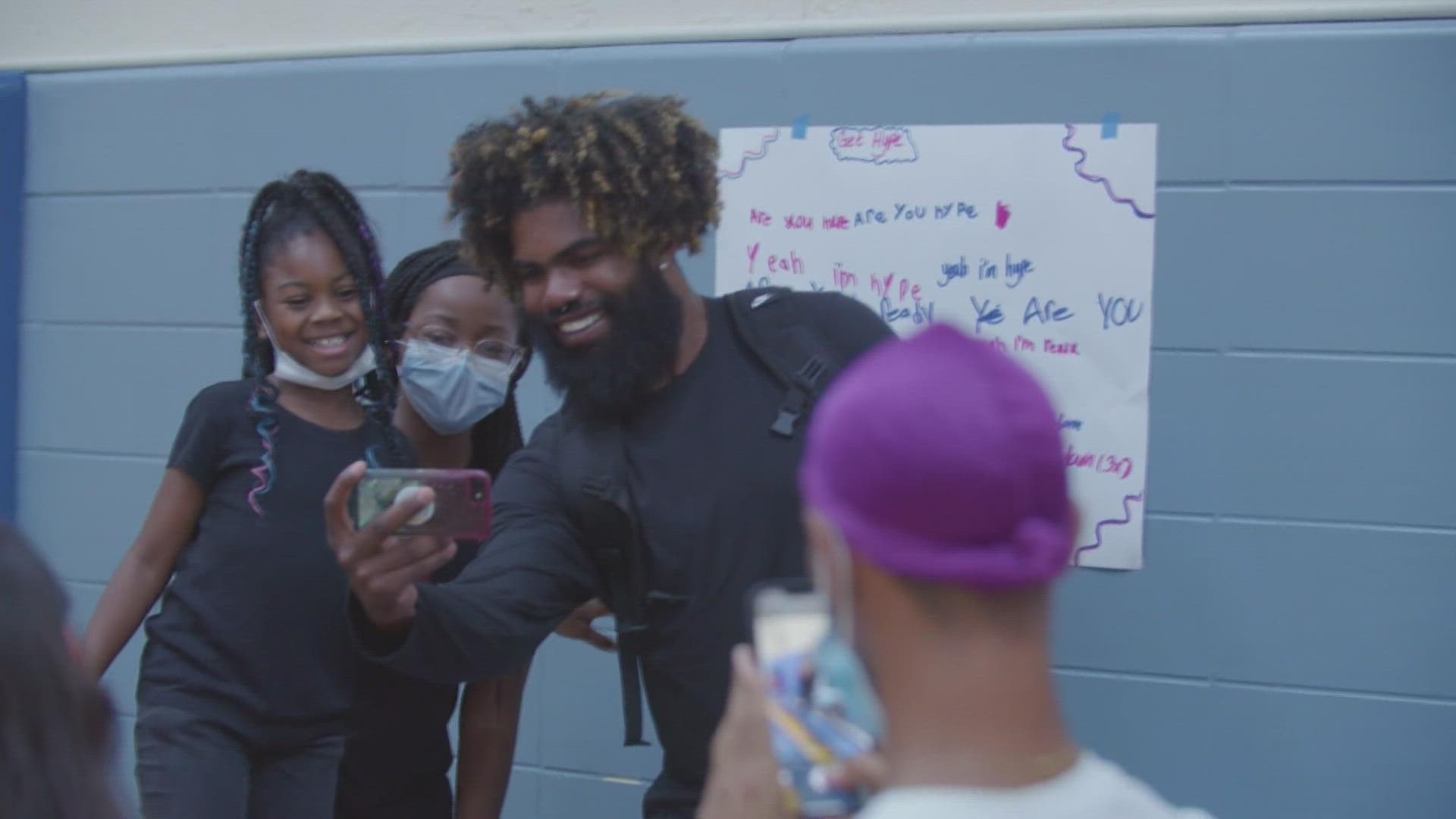 DALLAS — On Wednesday afternoons in Oak Cliff, a parking lot off South Marsalis Avenue in Dallas transforms into a drive-thru.

As each car pulls up, volunteers load up boxes of food and canned goods into trunks and back seats.

It’s the weekly free food distribution event put on by "For Oak Cliff," a 501(c)3 nonprofit organization helping the community eat, in more ways than one.

Henderson and Taylor Toynes, a pair of former teachers, founded For Oak Cliff in 2015. Its mission is to liberate the community from generations of systemic oppression.

"Our zip code leads the state of Texas in incarcerated inmates," Henderson said, as gunfire echoed in the distance, no more than a mile or two away.

The symphony of shots ceased and Henderson continued.

"That shouldn’t be a reality. You shouldn’t hear gunshots in the background, you know?” he said.

Henderson and Toynes are doing anything and everything they can to better their community.

For Oak Cliff is founded on what they call their "four pillars": Education, Advocacy, Community Building and Arts.

They identify problems and needs in their community and develop programs to solve them.

"We want to see families grow together because we believe that’s where the most impact comes and where you can make generational change," explained Toynes.

For Oak Cliff abides by the concept of dual-generation (aka dual-gen), providing programs and resources for both parents and kids.

For example, while a parent attends free GED prep courses, his or her kid(s) can receive childcare and academic enrichment.

The organization is intended to empower people with resources and education, in hopes of inspiring generational change and build equity in the community.

For Oak Cliff is expanding.

They recently bought the Moorland YMCA in Oak Cliff, in order to broaden their reach, increase athletic opportunities and help more families.

Now, they have a high-profile ambassador, too.

"I met them at Centre," Elliott recalled. "They had a pop-up shop at Centre where they were selling some merch. So, I met them there and they were telling me a little bit about the organization. I was like, 'Man this really reminds me of back home.'”

Elliott elaborated on his childhood memories at the Boys & Girls Club in his hometown of St. Louis, MO.

For Oak Cliff hit the nostalgia button for Elliott, who is still is a big kid at heart.

"You can tell he understands the issue," Henderson noticed. "I’m like, ‘You’ve been around communities like this. You see why this is important. You see why it’s valuable for these young people to be able to touch you, hug you, dap you up, play basketball with you.’”

"We just love him and we’re glad he wants to stay involved with Oak Cliff," expressed Henderson.

Elliott, 26, linked up with For Oak Cliff in April. On one visit in August, he brought new sneakers and shirts for the teenage interns.

"I love going down there and hanging out," Elliott said, after Thursday's practice, ahead of the Cowboys home opener on Monday night vs. the Philadelphia Eagles.

Elliott visited multiple times during the summer. Aside from a cameo on HBO's latest season of "Hard Knocks," his visits have been private and void of fanfare and press.

"It’s just a testament to what they've got going on there," Elliott noted. "I enjoy going out there. It’s not like, ‘Ugh I gotta go.' No, I want to go to For Oak Cliff. I want to go hang out with those kids. I want to go help push what they are trying to do for their community.”

For better or worse, he is always in the spotlight.

But his best version may very well be the one that's not.

"I think him not doing it for the press says a lot about his intentions," Henderson said. "Like he really means well. He really sees the power of his platform and influence.”

Elliott summed it best, "I think it gives faith. It gives hope. That one day you can make it too.”

Helping the community eat, as only he can.