The NBA draft has been postponed until October 16. Baylor's Freddie Gillespie hopes it'll be worth the wait.

WACO, Texas — The 2020 NBA draft was originally slated for this week, but it has been rescheduled for October 16.

Baylor's Freddie Gillespie hopes the wait will be worth it.

Gillespie hopes his NBA dreams are far from finished, too.

"I have a history that shows I'm the guy to bet on," Gillespie declared.

Gillespie's high school career was not void of disappointment.

Freshman year, he missed season due to an ankle injury. Sophomore year, he played on the junior varsity squad. Junior year, he tore his ACL late in the season.

His senior year, he led East Ridge in Woodbury, Minn. to a 21-7 record.

Coming out of high school, Gillespie had no offers to play Division I or Division II basketball. He went to Carleton College in Northfield, Minn. — a Division III school 40 minutes south of his hometown.

Gillespie rode the bench as a freshman.

"That's what fed my thirst to play at a higher level," Gillespie told WFAA. "Just feeling undervalued and underappreciated, that's where my drive comes from."

Once he saw the floor, he reached new heights.

Gillespie shined as a sophomore at Carleton, averaging 10 points, 8 rebounds and three blocks in 23 minutes per game.

With the help of some family friends, he transferred to Baylor.

"It's a testament to what so many other people have done to help me get here, because I didn't do it alone," Gillespie said.

After sitting out a season due to transfer requirements, Gillespie made his Baylor debut as a redshirt junior.

However, it took head coach Scott Drew some time to take the training wheels off and let him join the rotation.

By the start of his senior year, Gillespie was a fixture in the Bears lineup.

By the end of his senior year, Gillespie was named 2nd team All-Big 12, Big 12 Most Improved Player and the Baylor Male Student Athlete of the Year.

Gillespie helped lead Baylor to a 26-4 record and the Mo. 5 ranking in college basketball. The Bears had a legit shot at a national championship, until the NCAA Tournament was canceled. 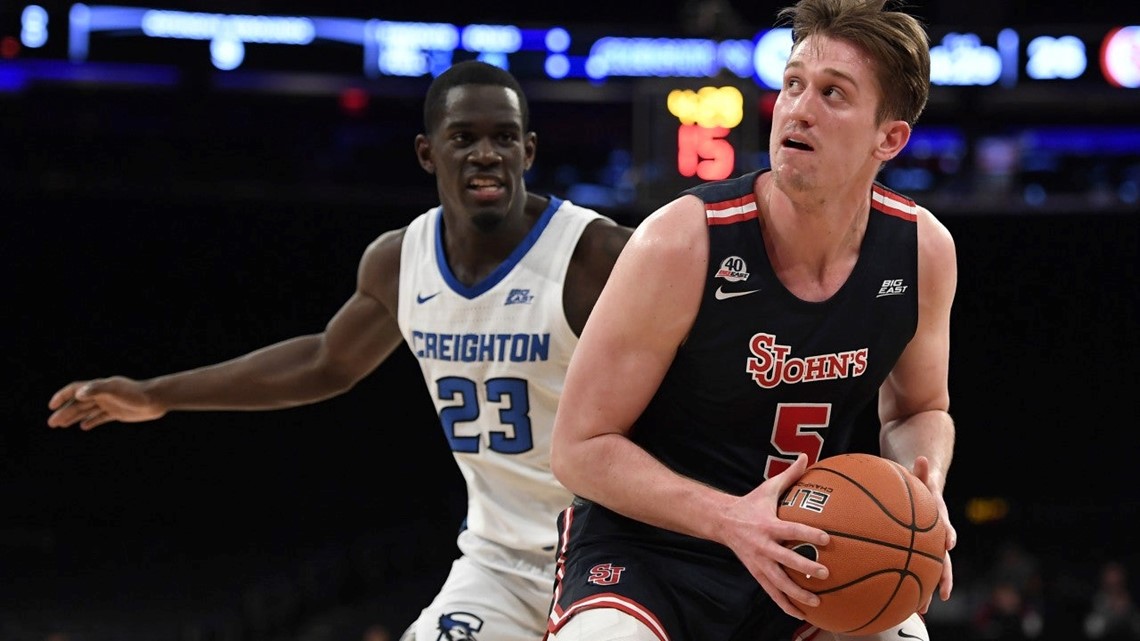 "It was devastating," Gillespie sighed. "It's what the entire season was all about."

Gillespie's college career was over. He averaged 10 points, 9 rebounds and two blocks as a senior.

"I told some of my teammates, 'If you go to the Final Four next year, let me sub-in for that Final Four game, so I can just see what it's like,'" joked Gillespie.

For players like Gillespie -- on the NBA Draft bubble -- the NCAA Tournament improves their chances of getting drafted.

"March Madness is one of the biggest sporting events in the country," Gillespie said. "The whole world stops and looks at college basketball for a moment. To use that platform and that stage makes it easier to be noticed."

While a deep tournament run would have increased Gillespie's draft stock, his skill-set and attributes are hard to ignore.

RELATED: Baylor's Lauren Cox and family ride out COVID-19 together

Gillespie was one of the premier rebounders and defenders in college basketball last season.

His intelligence, effort, drive and resilience are sure to impress during pre-draft interviews. Gillespie said he met with 15 to 16 teams back in April, including the San Antonio Spurs and his hometown Minnesota Timberwolves.

The NBA is an offense-centric league with an emphasis on perimeter shooting.

Drafting a player with slightly limited offensive abilities might be a gamble.

But don't bet against Freddie Gillespie.