Dale Hansen's Unplugged: Counting down 8 of his best moments

In light of Dale's retirement Sept. 2, the WFAA digital team compiled a list of his most-viewed Unplugged segments. 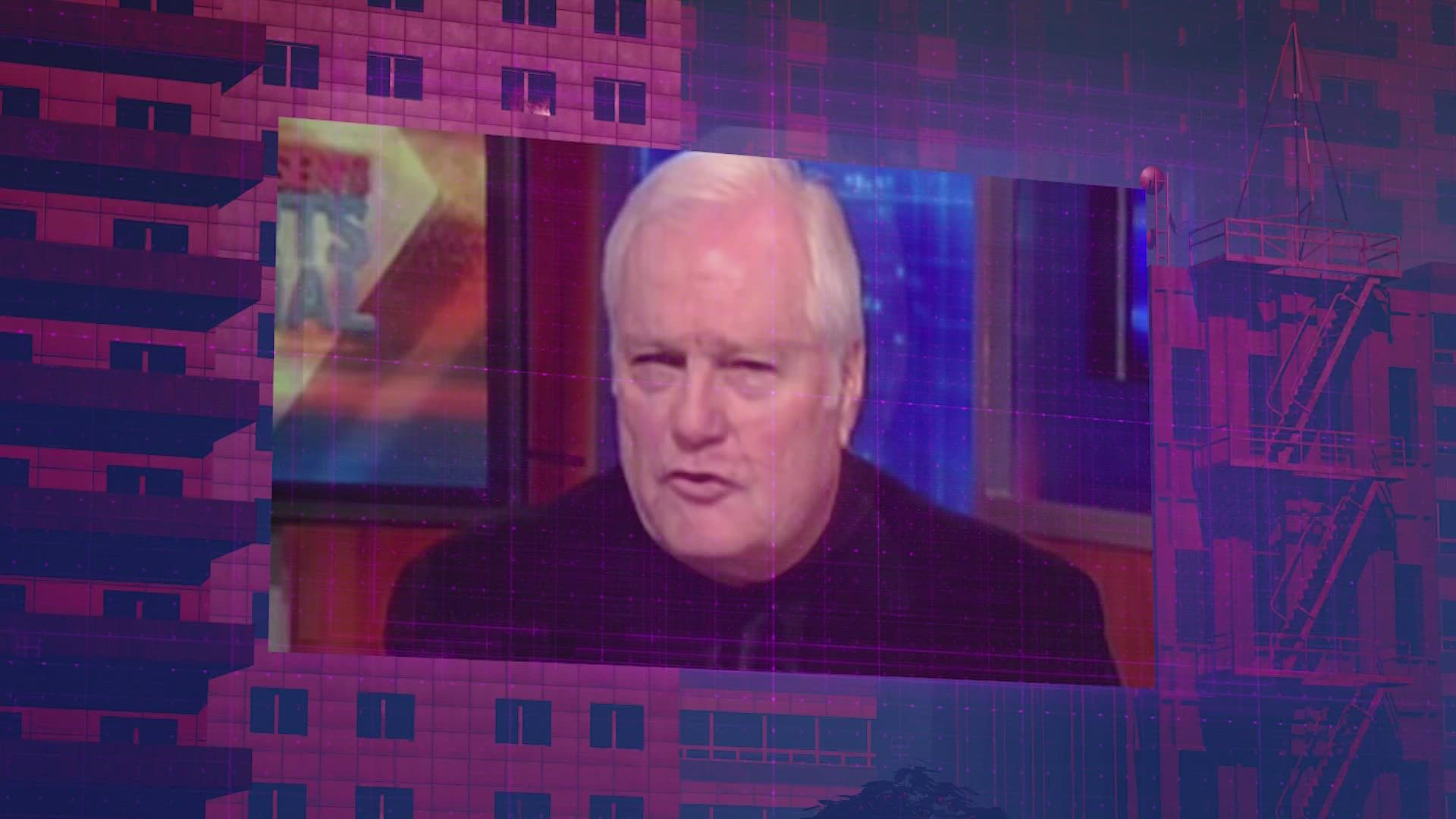 DALLAS — WFAA's Dale Hansen has been going Unplugged for decades.

The elder statesman of Dallas sportscasters has never been one to shy away from an opinion or call out a wrong when he sees it.

In light of Dale's retirement Sept. 2, the WFAA digital team compiled a list of his most-viewed Unplugged segments. In true Channel 8 fashion, we picked eight videos. Check out each one below.

In May 2017, a woman identified only as Jane Doe sued Baylor University, claiming to have been raped at Baylor by former football players and ignored by the university. The school would later receive four years of probation and a $5,000 fine from the NCAA for violations that occurred during former football coach Art Briles’ tenure, but Baylor was not charged with a lack of institutional control -- the NCAA's report claimed that the school's “widespread institutional failings” were failings all over campus, not just in the athletics department.

Dale went Unplugged the day after the 2017 lawsuit was filed, talking about the way we categorize rape victims as "Jane Doe," and how society still shames women who come forward to report rape.

RELATED: Hansen Unplugged: 'No shame in being a victim'

"There is no shame in being a victim. The real shame should be directed at those of you who don't think it can be true and if the woman doesn't report the crime on your time schedule. I think it's well past the time we tell every woman who's a victim to stand up...because we stand with them. They don't have to hide any longer, they don't have to be afraid anymore and they have nothing to be ashamed about anymore either."

Former Dallas police officer Amber Guyger shot and killed Botham Jean in his apartment on Sept. 6, 2018 after Guyger said she mistakenly thought Jean was in her apartment. A jury convicted Guyger of murder on Oct. 2, 2019.

RELATED: Dale Hansen Commentary on Botham Jean and Amber Guyger: 'She would not have fired if he wasn't black. I don't think for a moment she shoots me'

"[Guyger's] a trained Dallas police officer — poorly trained, apparently — but she had the power of God strapped to her right hip, and the power to use it. That's not anyone. She has to be better than most of us because we don't have that power.

"And Botham Jean is dead because she decided to use that power for what she thought was a burglary. Someone is trying to steal her TV set, so she decides that someone will die...But then I do absolutely believe this, too. She would not have fired if he wasn't Black. I don't think for a moment she shoots me."

When the COVID-19 pandemic was in its early stages, Dallas salon owner Shelley Luther ignored Gov. Greg Abbott's variation of a stay-at-home order that ran from March 31 to April 30. Non-essential businesses were closed and gatherings were limited. Luther reopened before the statewide order was lifted, despite a cease and desist letter and a temporary restraining order. On May 5, State District Judge Eric Moyé found her to be in contempt of court and sentenced her to seven days in jail and thousands of dollars of fines.

After the sentencing, Abbott modified his orders to remove jail time as a punishment for breaking the stay-at-home order.

Dale went Unplugged the night of Luther's release from jail:

"Gov. Abbott and our other state leaders have proven again that the rule of law doesn't matter, and court orders can be ignored as long as you are well-to-do and white.

"If Shelley Luther’s beauty salon was in South Dallas, the lieutenant governor would've never paid her fine and she'd still be in jail. And not a single one of you would be blaming the judge."

In 2014, SEC Defensive Player of the Year Missouri defensive end Michael Sam was drafted as the 249th pick in the NFL Draft. Dale thought that Sam, the NFL's first openly gay player, was better than everyone drafted before him:

"Now you'll never convince me there were 248 better college players and better NFL prospects in that draft. Two-hundred and forty-eight better than the SEC's defensive player of the year? There's just no way."

The Dallas Cowboys signed Carolina defensive end Greg Hardy to the team in March 2015 to the tune of somewhere between $11 and $13 million. The reason he was available for the Cowboys to sign? The NFL put him on the exempt list in September 2014, after a judge found him guilty of assault and communicating threats against an ex-girlfriend. The charges were later dropped after the victim failed to testify in court for Hardy's appeal.

RELATED: Hansen Unplugged: 'Is there no crime you won't accept?'

Dale went Unplugged after the Cowboys signed Hardy, bringing the team to task for signing not just him, but other players who have committed crimes as well:

"The Cowboys have decided players who use illegal drugs can play.

"You drive drunk and kill a teammate... putting everyone on that highway at risk... there's a place on this team for you.

"You can rob a department store and play.

"And now you can beat a woman and play with a star on your helmet."

In February 2015, some Flower Mound kids in the stands at a Flower Mound/Plano East basketball game were seen holding up signs saying "WHITE POWER." The parents said it was a mistake; Lewisville school officials said it was no accident.

Dale went Unplugged with a story about his youth and about how people aren't born racist - it's a taught hatred.

"Kids have to be taught to hate, and it's our parents and grandparents (and our teachers and coaches, too) who teach us to hate. Kids become the product of that environment.

"The kids who hold the signs and chant their racist slurs — and it's not all of them; it never is — but their ignorance perpetuates the stereotype of all of us in Texas as a racist, ignorant people.

"But that ignorance will be replaced someday by the wisdom they learn when they live in the real world; when they meet the people who don't look like them, didn't grow up the way they did."

Dale went Unplugged after former President Trump weighed in on NFL players kneeling for the national anthem. He brought up his own military service, as well:

"Donald Trump has said he supports a peaceful protest because it's an American's right… But not this protest, and there's the problem: The opinion that any protest you don't agree with is a protest that should be stopped.

"Martin Luther King should have marched across a different bridge. Young Black Americans should have gone to a different college and found a different lunch counter. And college kids in the '60s had no right to protest an immoral war.

RELATED: Hansen Unplugged: Anthem protests not about disrespecting the flag

"I served in the military during the Vietnam War... and my foot hurt, too. But I served anyway.

"My best friend in high school was killed in Vietnam. Carroll Meir will be 18 years old forever. And he did not die so that you can decide who is a patriot and who loves America more.

"The young, Black athletes are not disrespecting America or the military by taking a knee during the anthem. They are respecting the best thing about America. It's a dog whistle to the racists among us to say otherwise."

1. Michael Sam comes out as gay

Dale got national fame and notoriety for this Unplugged segment, which has been seen by millions of people at this point. He talked to Ellen DeGeneres about it on her TV show and it brought a new level of viewership to his Unplugged clips.

Michael Sam, previously mentioned on this list with an Unplugged about his draft pick spot, came out as gay on Feb. 9, 2014: "I am an openly, proud gay man."

"I'm not always comfortable when a man tells me he's gay; I don't understand his world.

"But I do understand that he's part of mine.

"Civil rights activist Audre Lord said: 'It is not our differences that divide us. It's our inability to recognize, accept, and celebrate those differences.'

"We've always been able to recognize 'em. Some of us accept 'em.

"And I want to believe that there will be a day when we do celebrate 'em.

"I don't know if that day's here, yet. I guess we're about to find out.

"But when I listen to Michael Sam, I do think it's time to celebrate him now."

To see all of the above videos in one place, check out the playlist below:

To see all of Dale's Unplugged commentaries, check out this playlist: 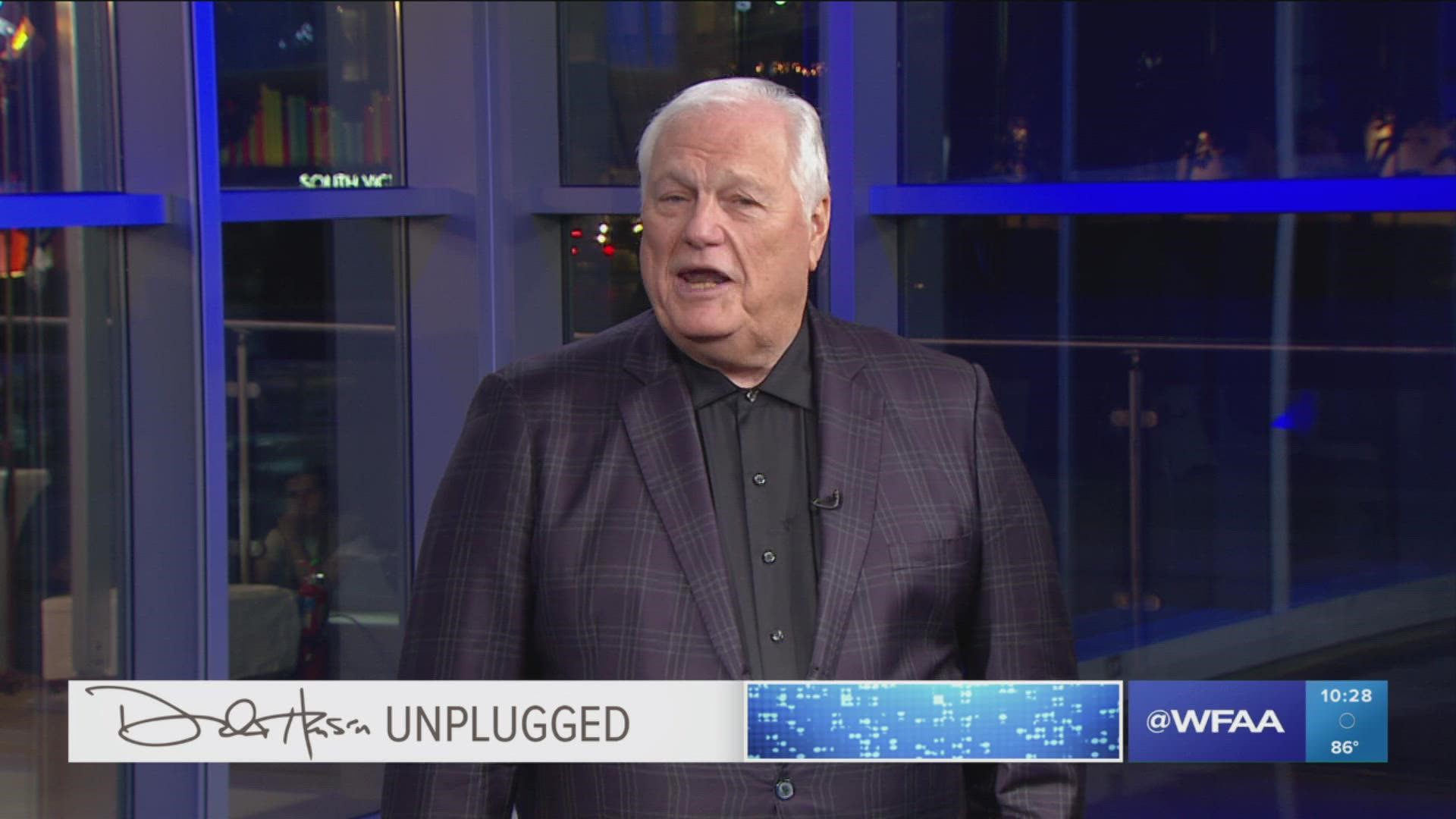