How a Dallas grandmother discovered a $65,000 yarn heist

You might remember Amy Glover from a couple months ago, when she caught a Craigslist scammer. Now she's back at it. 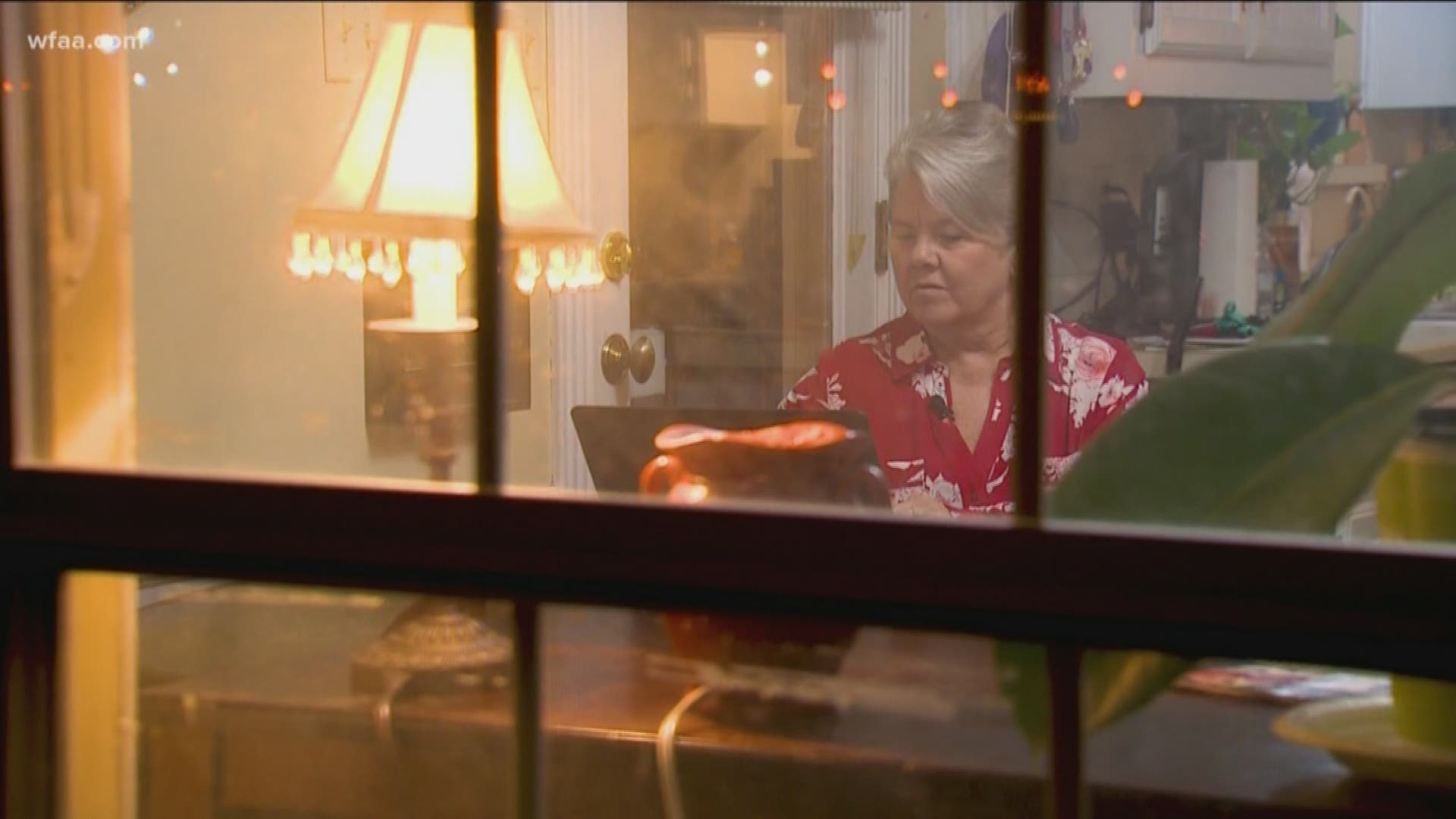 DALLAS — What were piles of yarn doing in a home improvement store? That’s what Amy Glover wanted to know.

Ms. Glover, a 59-year-old grandmother, was walking through the aisles of the Hampton Road Habitat for Humanity Restore a couple of weeks ago when she noticed a bin full of yarn.

Ms. Glover works at Habitat, which runs three Restores in the Dallas area, where do-it-yourself buffs can pick up discount home improvement materials. The Restores depend on donated materials for much of their merchandise. At first, she thought she’d pick up a few skeins of yarn for her crochet club on the cheap.

But then, she wondered, how did this stuff, which turned out to be luxury handmade merino, alpaca and cashmere fiber, get here?

Ms. Glover, you may remember, is an amateur sleuth profiled in a Byron’s Lens a couple of months ago when she cracked a case about a Craigslist scamster who was making phony buys on the internet.

Credit: Becca Purdin
Amy Glover turned into a "True Detective" when a Craigslist user tried to scam her.

She went to store Restore manager Jeff Wagoner and learned the yarn had been “donated” by a couple of guys who pulled into the loading dock that morning with a trailer full of yarn, who offered to give half the contents to Habitat. Wagoner had no reason to believe the donation was not real.

“We depend on donations to keep our business alive,” he says.

The two donors, he said, did not want a tax receipt for their gift. They left with the trailer and weren’t seen again. Learning that, Ms. Glover’s antenna went up.

A coil, or “skein,” of A Hundred Ravens yarn retails for up to $35. Thieves, though, have nowhere to sell it.

Inspecting the packaging, she found the brilliantly-colored, hand-dyed material came from a place called A Hundred Ravens (AHR) in Brookline, N.H. AHR had come to Dallas that week for Fiberfest, a convention for knitting enthusiasts. Glover clicked on AHR’s Facebook page and discovered this message from Becca Purdin, the owner:

“Bad news my friends. AHR's trailer was stolen this morning from the parking lot of our hotel in Irving, TX. In it was almost all our inventory, all our samples, display gear, flooring, register... everything. So we will be missing DFW Fiberfest this weekend. We are heading home to try and recoup and dye enough to make it to our next show. We'll miss all our Texas friends.”

Glover called Becca Purdin, who, it turned out, was just pulling onto the freeway to drive back to New Hampshire, assuming she’d lost her entire business in the stolen trailer, a loss of about $65,000. Purdin, 52, was overjoyed to find that close to half her inventory had been recovered.

“Amy was a miracle to come along, just because she got curious,” Purdin told me. She was able to go to DFW Fiberfest and recoup some of her losses.

The remaining part of AHR’s inventory and the trailer have not been recovered, but once the “fiber community” at DFW Fiberfest discovered what had happened to A Hundred Ravens, they swung into action. Vendors donated yarn to baskets which were then auctioned off, earning $12,500 to help Becca Purdin get back on her feet.

“Texans are amazing,” Purdin told me. “Two guys did something crappy. But everybody came out of the woodwork to help. Texans are my favorite people. …they just know how to help, especially in such a loving and proactive way. I just made everything ok.”

Purdin guesses it will still take her two years to build her business back up to what it was. The upshot though, might make a needlepoint some day. “Don’t Mess with Texas” and “Don’t Mess with Amy.”