Video: How a Dallas woman went True Detective on an attempted Craigslist scammer

Amy Glover was just trying to sell a couple lamps on Craigslist. She nearly ended up getting scammed out of hundreds of dollars. 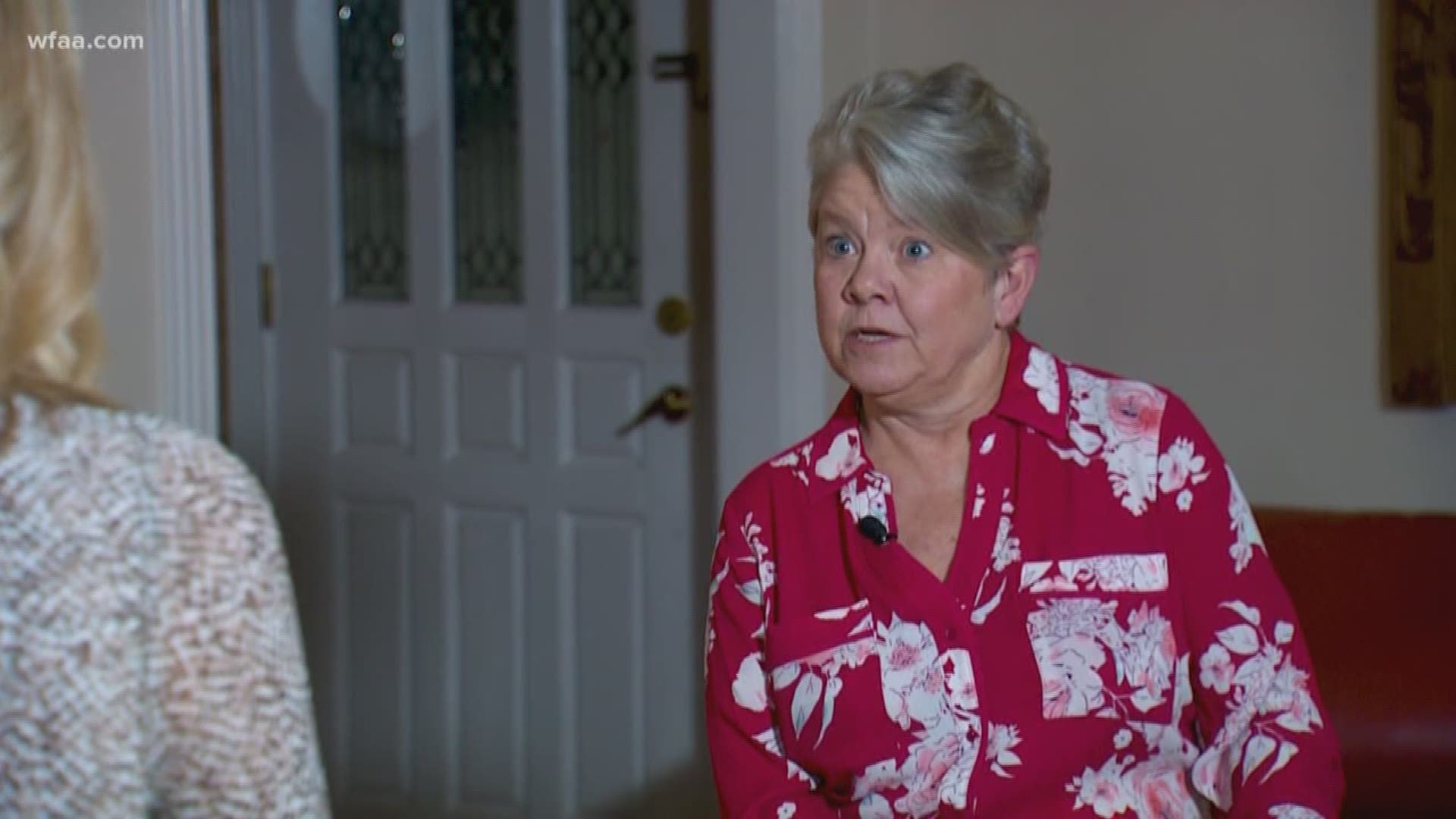 Nobody likes to be ripped off. But occasionally, a con artist gets slapped in the face by someone who actually relishes in getting to the bottom of a scam. Such a person is Amy Glover, 59, of Dallas, a real-life True Detective.

“I’m a true-crime junkie,” she told me. “That’s all I do. And I love American Greed (a true crime show on CNBC)….it’s all investigating scams.”

Who knows who her scammer really was? Or even where they were? Taking advantage of the unwary was probably their profession. But for Glover, the transaction became “The Case of the Bogus Buyer.”

“I had two real nice lamps with retail value of $650 each I thought I’d try to sell on Craigslist,” Glover said. “I posted it on Craigslist.”

So began an odyssey into the dark corners of Craigslist, which provides a service for most consumers, but can be an alligator pit for the unwary.

Within an hour she had her first text message.

The goal, Glover discovered, was never to even take possession of the lamp. It was simply to extract money from her with a fraudulent check.

CLS promised to express-mail Glover a check, including an amount to pay for shipping.

“I’m out of state," CLS said. "When you get the check, take it to your bank and deposit it. Wait until it clears your bank and text me, and then I’ll give you arrangements to ship it.”

Meanwhile, other roaches lurking in the shadows of Craiglist had seen Glover’s posting, too, and wrote her with nearly identical proposals.

“My child is in the hospital and I can’t come to pick up the lamp,” one said. “So I’ll send you a check and you can ship it to me.”

The next day, Glover got a check from CLS, as promised. Oddly, it was from a dairy in Amarillo, and not for $650 plus shipping costs, but for much more, $2,250. The implication was Glover would return the excess cash, along with the lamp, to the buyer.

Glover called Plains Dairy in Amarillo. The dairy said it was the fifth call they’d received about the check and that “No, we did not write the check. It is not good. And our checks don’t even look like that.”

The check had been express-mailed from an address in Florida. The name did not match the signature on the check.

While this led Glover to be highly suspicious, she took her investigation one step further. She Googled the phone number of the person who had been texting her—whoever or wherever that person was—and found others who’d posted bogus transactions connected to that phone number.

The last comment captured the essence of the con. The scammer sends you a check for more than you asked for. You send them back the excess money. Then your bank discovers the check the scammer sent you is no good, bounces the check, and you’re out the money you refunded.

In return for their services, the shopper is sent a phony money order for more than the agreed upon payment. The shopper deposits the money order, returns the excess to the person representing themselves as the company representative, and is left with a bounced check.

Craigslist itself says users should always deal locally, advises not engage with people they haven’t met face-to-face, and “not to accept cashier/certified checks or money orders – banks cash fakes, then hold you responsible.”

After she received the check from the bogus buyer and proved it was phony to her satisfaction, she emailed the buyer immediately.

He’d already dismissed her transaction and was trolling Craigslist, looking for another victim.