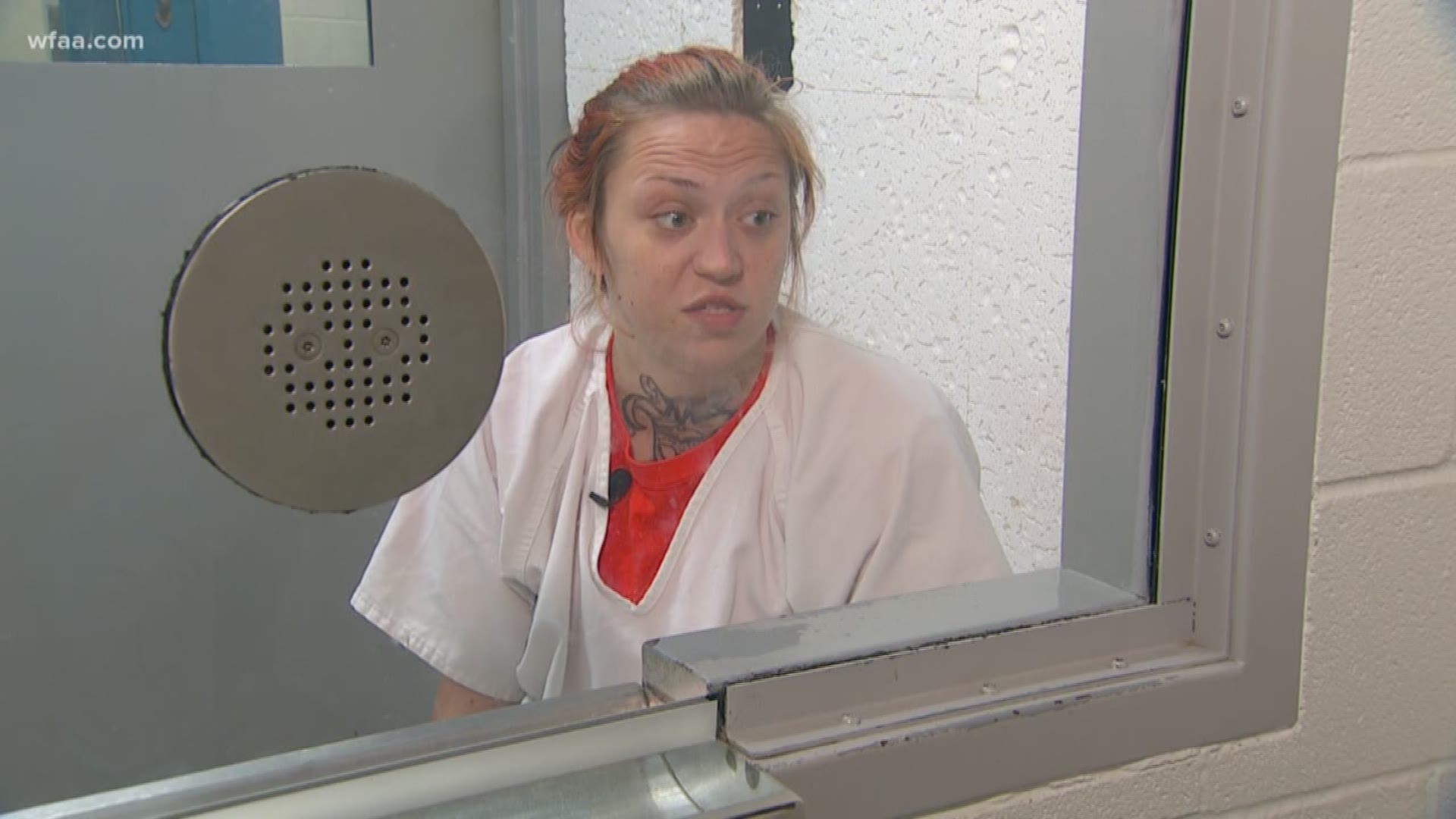 Shaye Bear sits in jail with a story to tell. Her story is what really what happened five days ago when she gave birth to her son alone in an Ellis County jail cell. She was about five months pregnant at the time.

“I delivered a one pound two ounce baby in that single cell screaming for hours, begging them to come and help me,” she told WFAA. “The guards would walk by and tell me they wouldn’t do nothing for me until I had that baby in that cell.”

The Texas Rangers are investigating the circumstances surrounding Cashh’s birth. A spokesman declined to comment on the ongoing investigation.

Ellis County Sheriff Charles Edge also declined to comment other than to defend the medical treatment that Bear received during her stay in jail.

“We have all the records where that mother was treated the entire time she was in here due to her pregnancy,” he said.

A law enforcement official with knowledge of the situation said investigators believe that she induced herself to give birth.

“She made no secret to other inmates in the jail that she didn’t want that baby,” said the official, who did not want to be named.

Bear denies inducing her own labor.

“Hell no. I was trying to force them to take me to the hospital, so they could stop my labor,” she said.

An admitted meth addict, Bear was several months pregnant when she was picked on a drug charge on March 10. She is being held on a $5,000 bond. Her family didn’t have the money to pay her bail.

Bear says she’d been in pain for several days prior to going into labor.

On Thursday, the day she gave birth, she was seen by a doctor that morning. The doctor thought she had an infection, but was not dilated, she said.

That afternoon, she appeared before a judge seeking a bail reduction. She and her attorney said she told the judge that she was in pain, was experiencing contractions and wanted to go to the emergency room.

“The DA asked, for my child’s safety, that I be left incarcerated,” she said. “I’m guessing from my previous history they were scared that I would have gone back to using drugs.”

A decision was made to put her in a single cell, where jailers could check on her more often.

Bear says her contractions only intensified as the hours passed. She says the jailers thought she was faking it.

She says her water broke and then on the next contraction, “the baby flies out of me and lands on the mat.”

She says she knew from prior experience that she needed to get the fluid out of the baby’s mouth and nose. She sucked it out with her mouth.

Holding the tiny baby in her arms, she crawled over to the door and again begged jailers for help.

She says the guards did not respond until she pressed a second time. She says it took a long time for them to finally respond to her cell.

“There’s not a person who couldn’t tell me they didn't hear me screaming, begging, praying,” she said.

As she stood there holding the baby, she says one of the jail staff asked her if she had reached inside of herself and pulled the baby out.

She and the baby were taken to Baylor Scott and White Medical Center in Waxahachie. The baby was then taken by medical helicopter to Cook’s Hospital.

Ellis County defense attorney Melinda Peel, who is not representing Bear, says she received a call that Thursday evening from a friend of an inmate saying that Bear had been screaming for two days in pain.

The friend told Peel that jailers did not believe Bear.

About two hours after Bear gave birth, Peel says an inmate called her from the jail saying that the female inmates wanted to file a grievance but were afraid to do so.

“The inmate stated that nobody was able to sleep for the last two nights because Shaye was screaming on and off all night long,” Peel said in an email.

This isn’t the first time Bear has given birth in custody. Twenty-one months ago, Bear was an inmate in the Dallas County jail when she gave birth to her second son at Parkland Hospital. She also has an 8-year-old son.

Both Bear and her mother, Sherry White, acknowledge that Bear has a drug problem. Bear has been in and out of jail over the last four years on drug charges. She also spent time in a state prison drug treatment program.

White is raising her daughter’s eight-year-old son and her 21-month-old son. She’s visited her tiny new grandson in the ICU.

“They didn’t give that baby care,” White she says of the jail staff. “That baby and my daughter have rights.”

If Cashh survives, Bear and her mother worry about the life-long medical problems he’s likely to have. “I need to be there with my baby,” she said. “He needs me. “I’m thankful to God he’s alive.”