A Denton family says their 10-year-old son with autism was injured earlier this year in an incident at a Denton ISD school, and now they have reviewed police body camera footage. 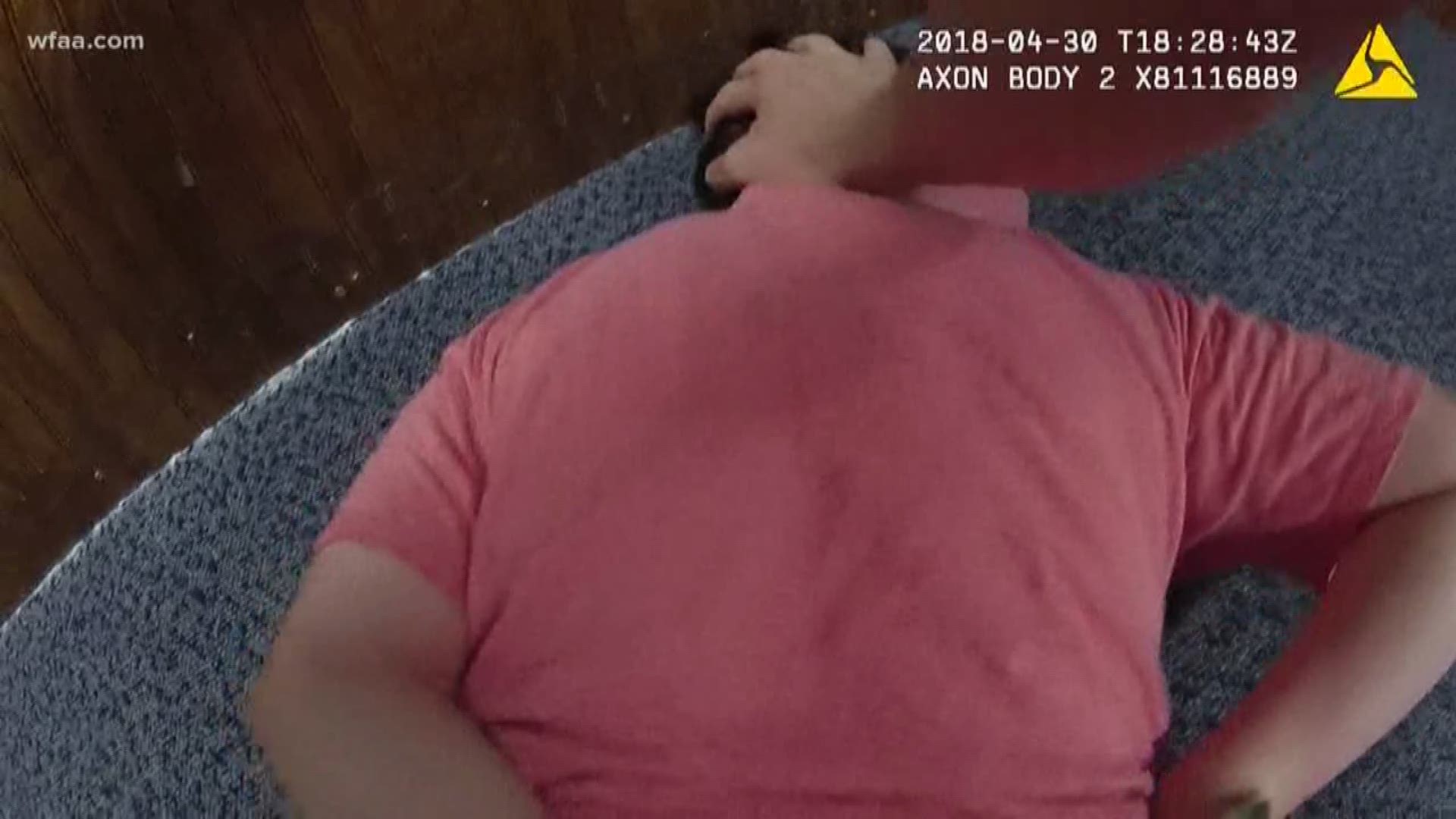 DENTON, Texas -- A Denton family says their 10-year-old son with autism was injured earlier this year in an incident at a Denton ISD school, and now they have reviewed police body camera footage.

It happened in April, when a Denton Police Department school resource officer was called to a special needs classroom at Lee Elementary. Police say Thomas was poking other students and ignoring teachers, but when he backed into a cubby and tried to isolate himself, the video shows the officer and a school staff member stepping in.

"I see a little boy hiding," said Brown. "Not doing anything that's an imminent serious harm to someone else."

The video appears to show the officer picking up Thomas and carrying him to a quiet-down space called a SOAR room as he struggles and kicks.

The Brown family received the bodycam tape this week and shared the video with WFAA, and it appears to show Thomas forced to the ground and placed in handcuffs. The Browns say they had a detailed behavior intervention plan in place with the school, which they say did not permit the use of restraints. "There are a variety of de-escalation techniques they're supposed to be using," said father Robert Brown.

The Browns say it was an excessive and unnecessary use of force. The video appears to show their son handcuffed three separate times before his mom arrived. She says that when they got home, they discovered bruises on his body that they believe were caused in that room. "I didn't notice until I got home and started realizing there's really something wrong here," said Emily Brown.

Child advocate Mike Holum with Advocacy Behavior Consulting is working with the Brown. He says the video shows the use of police-style tactics that are extreme and are against guidelines for dealing with children. He says that two district personnel that were also in the room should have stepped in to stop it.

"The viciousness of what's there," said Holum. "We're asking this child to be responsible? Shouldn't the adults in that room be responsible as well?"

A City of Denton spokesperson issued a statement saying in part, "Given the totality of circumstances and the information known to the officer, the officer acted in a manner that best protected the student, other students, and the staff."

The city said the officer determined that the child "was posing a serious threat of injury to himself or others."

"As is permitted by the Texas Administrative Code, restraints can only be used in situations where the student is posing an imminent, serious physical threat of harm to himself/herself or property," the statement continued.

The city said a departmental review of the incident found "no violations" to laws or policies, and the officer remains a school resource officer in Denton ISD. Denton ISD told WFAA that protocol was followed in this instance.

The Browns plan to place their son in a charter school this year, and they are considering legal action against the district. They say they are concerned for other children. "It doesn't make sense that somebody that is supposed to protect our children are hurting them," said Emily Brown.

"The safety of all of our students is a top priority and we have protocols in place to ensure this. In this instance, protocol was followed, with the school resource officer making the determination, after all other efforts to deescalate the situation proved ineffective, that the student was a detriment to his own safety and that of the other students and staff."